This year marks the 20th anniversary of the settlement of Te Kerēme – the Ngāi Tahu Claim. Since then Te Rūnanga o Ngāi Tahu has continued to grow alongside a generation of rangatahi who enjoy the opportunities our tīpuna dreamed of – or not. Kaituhi Anna Brankin talks to four of these rangatahi, all born in 1997 – the same year that the Deed of Settlement was signed at Takahanga Marae. 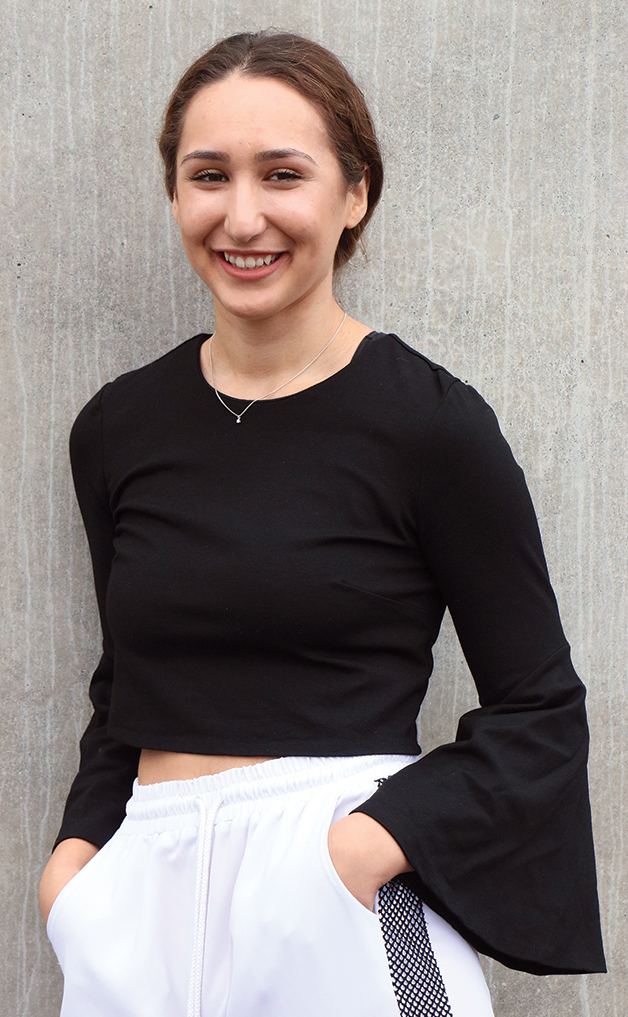 Aloise Reuben (Ngāi Tahu – Ngāi Tūāhuriri) is the epitome of ahi kā, born and raised at Tuahiwi. “I grew up 200 metres away from my marae, and we were always on the pā,” she recalls. “I would be down there every week, whether it was for a tangi, or a meeting that my parents would be going to, and all of us pā kids would hang out outside playing around.”

Growing up in the heart of Tuahiwi has given Aloise a strong understanding of who she is – and who she isn’t. When asked about her Ngāi Tahu identity, she says, “I feel like I’ve had this question so many times on application forms and in person. I always write about how important it is to be connected, but in reality I am Ngāi Tūāhuriri, I am a Reuben.”

Aloise draws a strong distinction between iwi and hapū, and particularly between Te Rūnanga o Ngāi Tahu and individual Papatipu Rūnanga. “Te Rūnanga was created to make the Claim and receive the settlement,” she explains. “What I would like to see for our iwi is for our hapū to take back control of their resources and be able to make their own decisions.”

Aloise acknowledges the opportunities that Te Rūnanga o Ngāi Tahu have offered her, including part-time employment with Te Taumatua and a Matakahi Scholarship that supports her through her university studies. However, she believes that individual hapū should be empowered to offer these opportunities to their members.

Like many rangatahi, Aloise’s reflections on what it has been like to grow up post-settlement are directed towards the future. “The settlement was a massive achievement for our people, but we have been in a ‘post-settlement’ era for 20 years now,” she says. “What really captures my attention is what is in store for the next 20 years.”

Thinking back to her childhood, Aloise doesn’t recall there being much kōrero about the settlement on the marae. “It’s not that it wasn’t talked about,” she says. “But it was like, ‘this has happened, where do we move forward from this?’ Instead of dwelling on the past, it has been very forward-focused.”

When Aloise looks to her own future, she hopes to continue her close relationship with her whānau and wider hapū. “I would love to be able to go back to Tuahiwi with my family and let my children grow up the way that
I did,” she says.

In the meantime, she is in her second year at the University of Canterbury studying International Business and Mandarin. Her goal is to use these qualifications to work overseas and travel for a few years.

“It’s not that I don’t want to be here and live and work in the place that I grew up,” she says. “But I always see Tuahiwi as a place that I can come home to. It’ll never be something that I could leave behind.” 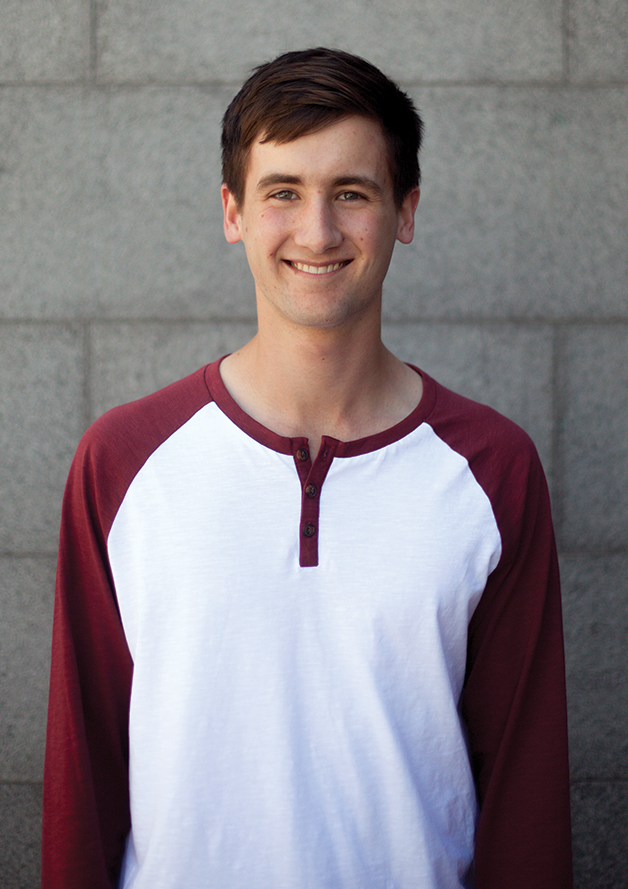 Max Moffat (Ngāi Tahu – Ōraka Aparima) has spent his entire life living well outside the Ngāi Tahu takiwā. “I was born in Sydney and lived there for pretty much all of my life until last year when I moved to Canberra for university,” he says. “I’m now studying a Bachelor of Law and a Bachelor of Arts at the Australian National University.”

Max’s connection to Ngāi Tahu comes from his maternal grandfather, Neil Hartley. Through his other grandparents he also has Greek, English, and Scottish heritage. “But I definitely identify strongly as an Aussie more than anything else,” he laughs.

Max freely admits that he knows far less about his Ngāi Tahu heritage than he’d like to. “I’ve been very much removed,” he says. “It would have been great to have a better understanding of my cultural background from a younger age, but I guess it’s something that has only developed in the last five years or so when I began taking an interest in where I’m from.”

Fortunately, Max’s grandfather has been doing what he can to ensure that Max knows about the iwi. “He has always wanted me and my siblings to have a bit more of a connection to Ngāi Tahu,” Max says. “We’ve been over to New Zealand a couple of times with him, and we’ve occasionally done some tours with a Māori guide to understand a bit more about the culture.”

While glad of the opportunity to learn more about his heritage, Max says that these visits weren’t always easy. “My grandfather explained a lot about his upbringing, so I felt the connection through him,” he says. “But I felt a little bit distant, especially when I saw what a strong community there is over there. I felt like a bit of an outsider, to be honest.”

When asked what Te Rūnanga o Ngāi Tahu could be doing to combat this disconnect with overseas whānau, Max is philosophical. “Often it comes down to the person themselves to find out about their cultural background, and I guess that happens when they’re a bit older and a bit more curious,” he says. “If you’re on Facebook, then that’s a good way to engage with people like me, because that’s what we live through these days.”

In the future Max intends to foster a greater sense of connection by learning more about the iwi and perhaps spending time here in New Zealand. “I have so much more ability to travel around and visit all the places that I come from now that I’m a student,” he says. “That’s something I’m keen to do, and I’m looking forward to seeing where it takes me.” 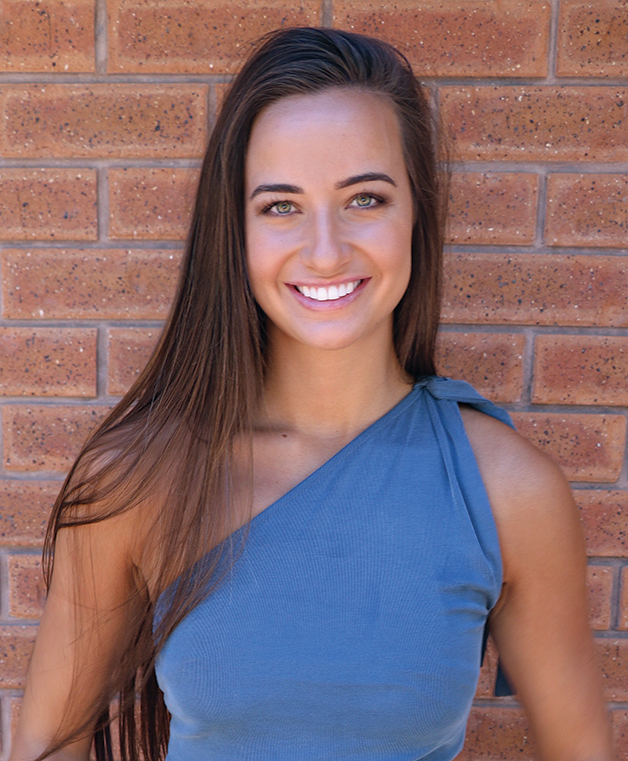 Meg Adamson (Ngāi Tahu – Ōtākou, Hokonui) has always known that she is Ngāi Tahu, but it wasn’t until recent years that she has really begun to explore her identity. “My grandmother was one of those punished at school for speaking Māori,” she explains. “By the time I was born my Mum didn’t know a heck of a lot about our family heritage. It wasn’t until she decided to investigate a bit that we found out more.”

This early sense of disconnect has done nothing to dull Meg’s passion, and today she is studying te reo Māori and education at the University of Otago. “Obviously I’m part of the language lost, so I’d like to bring back more te reo in New Zealand,” she says. “That’s also my vision for my future whānau as well. I want them to be able to grow up speaking Māori.”

Meg has always identified with Māori culture, despite her family’s separation. “I feel a sort of spiritual connection to my whakapapa,” she says. “I love the whole Māori community and everything that you get with being involved.”

Growing up in the close-knit community of Invercargill and attending Southland Girls’ High School allowed her to explore this connection. She became involved with kapa haka and mau rākau, as well as participating in Māori girls’ focus groups.

“During high school I went through a stage where I was finding myself,” she laughs. “I definitely think that being involved in that kapa haka community helped me and gave me focus. It’s not just about performing, it’s the whole feeling behind it.”

But it hasn’t always been easy to enter into a world where so many others seem to be perfectly at home. “It is hard to connect. I always sort of feel like I’m on the outside a little bit,” Meg says. “I love the fact that this is my identity, but it is harder at the same time, because I have to make an effort to be in that world, rather than just being born into it.” This struggle has given Meg the determination to ensure that her own children won’t have the same experience.

For this reason, Meg is grateful that Te Rūnanga o Ngāi Tahu has provided her with opportunities to connect and further her education. “I’ve gotten Kā Pūtea grants while I’ve been studying, and I’m thinking of doing Aoraki Bound next year,” she says. “I’ve always wanted to apply for it because I think it’ll give me a massive boost.”

When she thinks about her vision for the future of the iwi, Meg is hopeful. “We just need to continue with how well we’ve been doing and continue supporting our people,” she says. 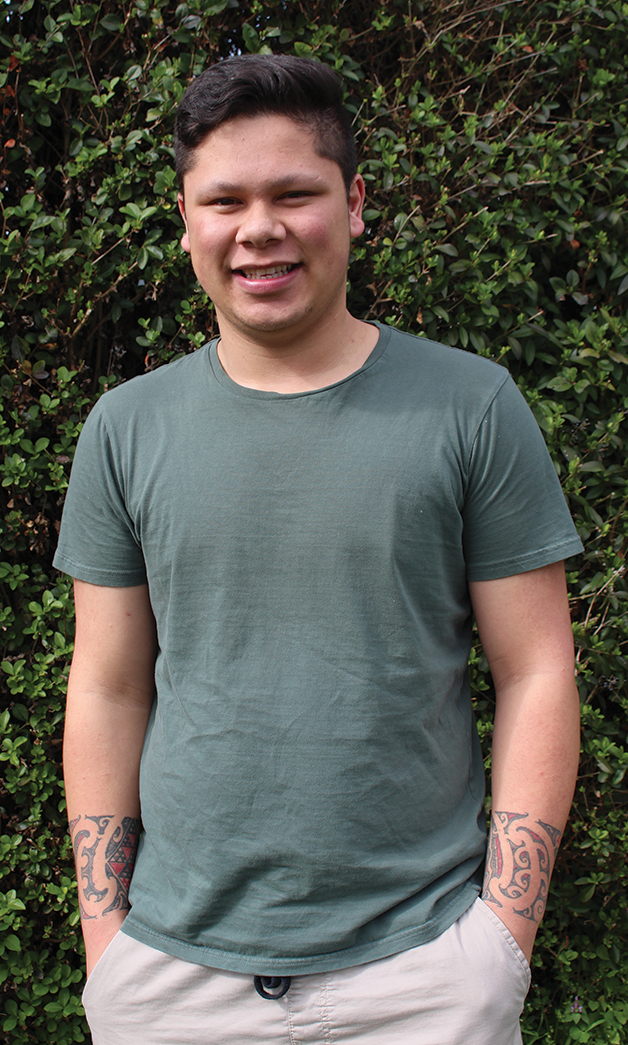 “I’m a Māori boy, born and raised in a little town called Bluff,” says Thomas Aerepo-Morgan (Ngāi Tahu – Awarua). “My grandmother Hana Morgan was one of the key drivers at Te Rau Aroha Marae. So I was raised with tikanga Māori, sort of had that marae life.”

Life on the marae meant that Thomas received an early education in Ngāi Tahu history. He remembers listening to kōrero from Tā Tipene O’Regan, the upoko of Awarua Rūnanga as well as the chief negotiator of the Ngāi Tahu Settlement.

“Being raised with him around meant that I always heard about the Claim, but it was sort of all settled by the time I was old enough to actually know what it was,” he says. “But I always remember it being talked about, especially at Hui-ā-Tau or Hui-ā-Iwi. I’d always travel with my grandmother to those types of hui.”

Thomas admits that he didn’t always pay too much attention when he was younger, and it is only in recent years that he has come to understand more about the role that the Ngāi Tahu Settlement has played in his life. “I thought about different things and realised that us rangatahi, we’re a part of things that have come from the Claim and that settlement time,” he says. “It’s cool to think about the fact that the older generations were the ones that fought for the future, for us. And all the things that we get to do now are because of that. So I appreciate that, and I understand that it wasn’t an easy fight.”

For Thomas, the most significant outcome of the Ngāi Tahu Settlement has been the opportunity to revitalise te reo Māori, both on a personal level and iwi-wide. “I want to bring the language back into my marae, because that’s the one thing I did not see there when I was growing up,” he remembers. “I want to make te reo Māori part of us as an iwi.”

He thanks Te Rūnanga o Ngāi Tahu for enabling him to pursue his passion for the language with Kā Manukura o Te Reo, a grant offered by Kōtahi Mano Kāika that has enabled him to attend Kura Reo (te reo Māori immersion courses) throughout the last few years. Since he began learning at age 13, the Māori boy from Bluff made his way to Ngā Manu Kōrero, the national te reo Māori speech competition, where he placed first in impromptu speaking, and third overall.

Thomas is in his first year at the University of Otago, studying a Bachelor of Arts in te reo Māori. “My plan is to get into language revitalisation and hopefully work for the iwi in that side of things,” he says. “The Claim has given me that sense of identity to be able to follow my dreams and aspirations of te reo, and I want to spread that even further.”