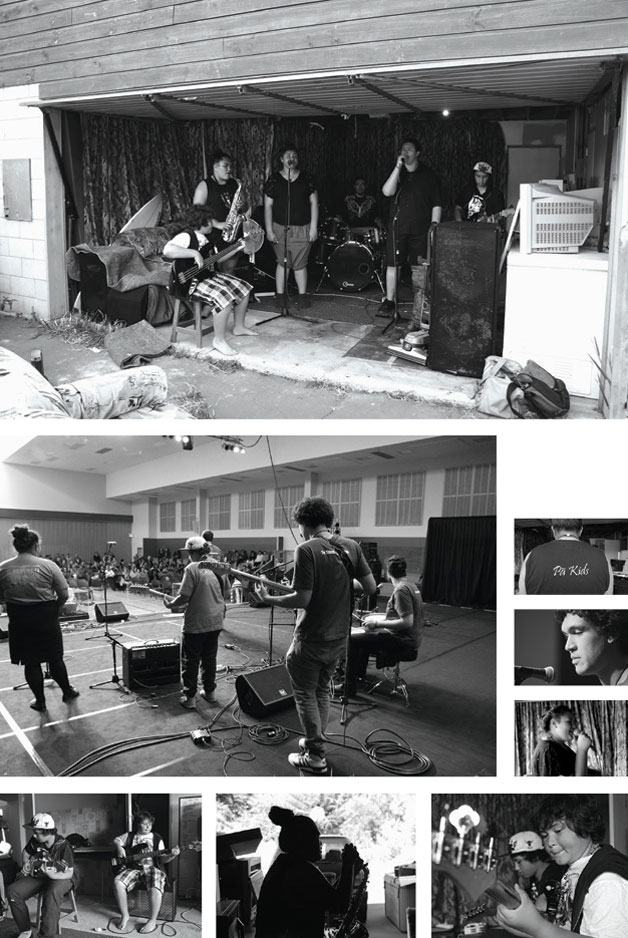 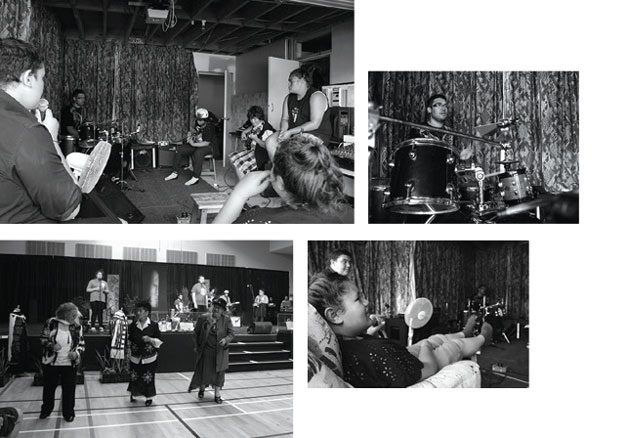 In a garage in the small sea-side community of Rāpaki, the Pā Kids are making sweet music.

This group of six enthusiastic and talented Ngāi Tahu tamariki and rangatahi have taken over their aunty’s basement garage and turned it into a practice room. Every week for the past 10 months they have been learning to play and sing together.

Kerepeti Paraone (24) and brother Reihana Paraone (21), both talented self-taught musicians who play just about anything they pick up, provided the impetus for the Pā Kids. They offered music lessons to brother Waiariki (15) sister Hineamaru (12), and cousins Paratene (13) and Anaru Takurua (10), and Justice Arahanga-Pryor (12).

The lessons got everyone excited about the idea of a band and Pā Kids were born. All share a passion for kapa haka and performing, but now Reihana Paratene plays a handy lead guitar, Anaru more than keeps up on bass, Justice belts out tunes on the saxophone and Waiariki and Hineamaru take care of the vocals – while Kerepeti opts to play the drums and a collection of other instruments.

Only Justice lives outside Rāpaki, but she travels every week to rehearse and spends nearly every weekend at the bay.

“We’re all from the pā – hence the name,” says Kerepeti. “And we’re all proud of where we come from – it’s a whānau affair.”

The band has a growing repertoire of old school and modern songs and has played five gigs to date, including Hui-ā-Iwi and the opening of Maahunui II, the new wharenui at Tuahiwi.

Hineamaru reckons the highlight for her so far was seeing the kaumātua at Hui-ā-Iwi on their feet and dancing to their music. For Waiariki, it’s the buzz of performing in front of people and the confidence it’s building in him.

The Pā Kids are motivated and committed. In six months they plan to have enough songs to perform three 60-minute sets of covers and original music – surely enough to tire out the most able kaumātua!