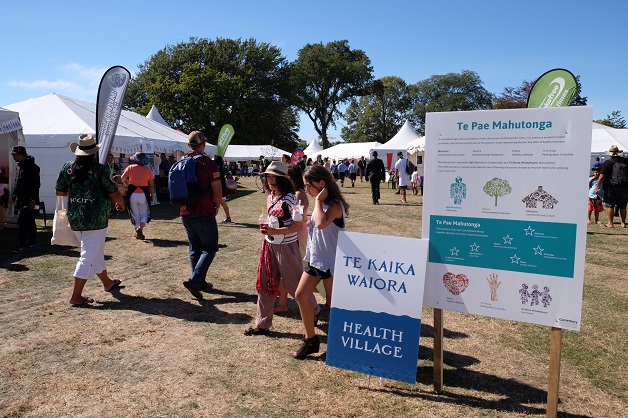 In March 2015 Christchurch hosted Te Matatini, the largest Māori gathering in Aotearoa, and over 30,000 spectators and participants attended the Hagley Park-based event.

“Kapa haka plays an important role in defining who we are as Māori. Te Matatini was the perfect opportunity for people to see Māori performing arts at the highest level. The atmosphere over the four days made you incredibly proud to be a New Zealander,” says Gail.

Gail organised and managed the Hauora (Health) Village at Te Matatini. The Village was based on the Te Pae Māhutonga health promotion model which is used to represent the factors that influence our health and wellbeing, otherwise known as the determinants of health. It acknowledges many of the uniquely Māori values and attributes needed by healthy whānau and communities. 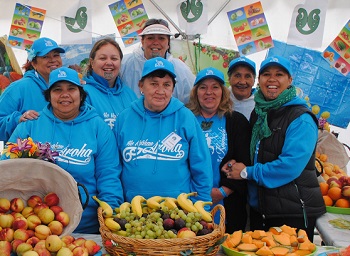 Over thirty organisations attended the event to showcase many initiatives and programmes designed to support Māori health. It featured a diverse range of organisations, including the Heart Foundation, Māori Women’s Welfare League, Science Alive, All Right? and the ICEcycles bike repair programme.

Gail says people who visited the Hauora Village walked away knowing more about what it means to be healthy and with a greater appreciation of how small changes can lead to a much healthier, happier life.

“Having a health presence at Te Matatini meant local whānau could meet the kaimahi who work in their communities and discuss how whānau can make healthier choices about their own health and wellbeing,” says Gail.

People who visited the Hauora Village were able to have a heart health check by qualified Māori practitioners from Otago University’s Christchurch School of Medicine, and over 400 of those who visited the Hauora Village did just that. The tests were carried out by students and staff from the Māori/Indigenous Health Institute (MIHI) at the University of Otago, Christchurch. 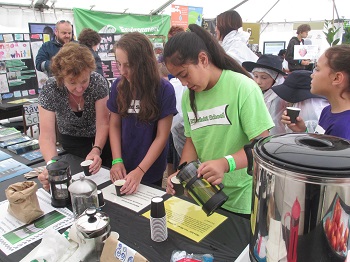 Director of MIHI Associate Professor Suzanne Pitama (Ngāti Kahungunu, Ngāti Whare), says the response to the heart checks was overwhelming, with people lining up for clinics all day.

“We were amazed so many people took time out of the event to get their heart health checked. It was great being able to talk to so many whānau about healthy lifestyles, exercise and nutrition.
“We advised some people to return to their GP for further follow up and worked alongside some of the other hauora organisations at the Village to facilitate other support for them. We were only required to arrange one admission to hospital,” says Suzanne.

Due to the success of the Hauora Village at Te Matatini, there are plans to continue the concept at future festivals. For organisers and members of the public alike, it’s a great example of working across sectors to improve Māori health outcomes.