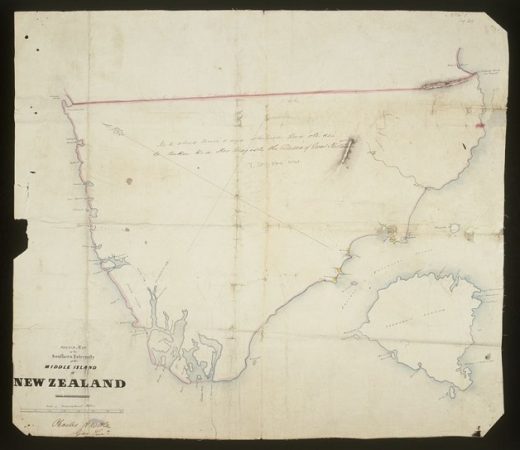 In 1853, Mantell was given the task of acquiring over 7 million acres for £2,600 in the Southland region. After negotiation the Deed of Purchase was signed on 17 August 1853.

As in other purchases Mantell had negotiated, he was given the power to set aside reserves for Ngāi Tahu as he thought to be proper, taking into account that these reserves should provide for their present and future needs. Mantell ignored many of the Ngāi Tahu requests for reserves and would only agree to set aside 4,875 acres, about 17 acres per person.

Part of the agreement – and one of the main reasons Murihiku chiefs agreed to Mantell’s offer – was that Ngāi Tahu would be provided with schools and hospitals alongside of each Ngāi Tahu village. This promise was never fulfilled.

For more information on Te Kerēme see this page.