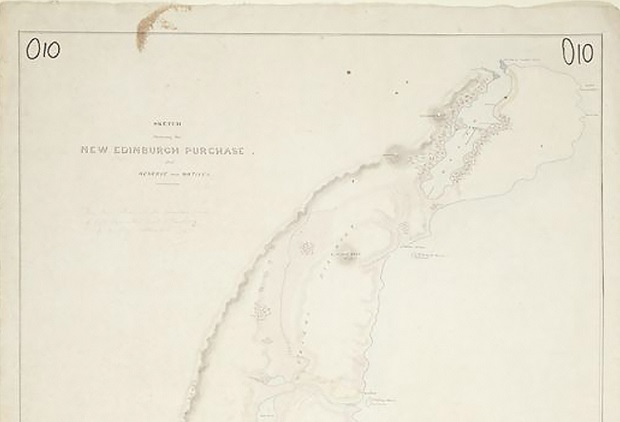 The Otago Deed of Purchase, 31 July 1844, is the oldest of the official Ngāi Tahu land purchase deeds. It conveyed land to the New Zealand Company for the Scottish settlement of New Edinburgh, later renamed Otago.

The Deed was signed by 23 Māori signatories and two ‘proxies’ and saw Ngāi Tahu sell over 400,000 acres of land in the Otago region to the New Zealand Company for £2,400. In contrast to many of the later purchase agreements, great care was taken to establish the boundaries of the area to be sold and to identify the land which was specifically reserved from the sale.

The land retained by Ngāi Tahu was around 9,615 acres and represented some (but not all) of those areas which Ngāi Tahu did not wish to relinquish. However, the Ngāi Tahu understanding of the agreement was that further reserves would be set aside, amounting to one-tenth of the total area sold. This was never done.

More information on the Ngāi Tahu Deeds and Te Kerēme can be found here.