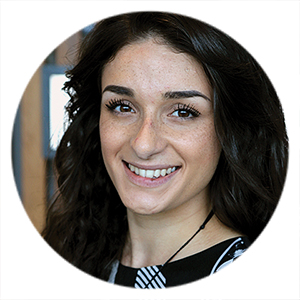 A while back I caught up with a group from Waewae Pounamu who were here on business. Luckily for me, this coincided with my summer holidays, which meant I was able to jump on board the journey, apply all I had learnt in classes, explore some new areas of China, and soak up everything I possibly could about the jade industry.

I remember when asking locals which places are best to visit to learn about the Chinese jade culture, they directed me south to an area where jade is commonly sold. Not to where you source or those who have the rights to collect it, or even to those who carve, but to where the finished product was sold. Perhaps I was asking the wrong question, used words they were unfamiliar with, or they wanted to protect their industry. In any case, out of the numerous people I asked and countless internet searches, only one person suggested that I go one province south to Hangzhou and Liangzhu. 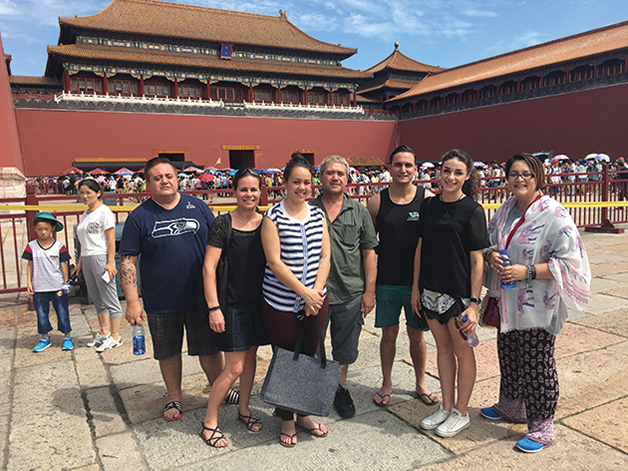 As I later learned, these two places have a long history of jade carving and have maintained a unique style that differs vastly from modern-day carvings. We had the privilege of meeting the only female master carver, Master Zhang, and her husband, Mr Zeng, who run a small-scale carving studio in Liangzhu, just outside Hangzhou. We then jetted up to Beijing where the Chinese Jade Culture and Research Association is located, along with the top two master carvers in China, Master Tian and Master Zhang. Not only was it a privilege just to meet these prestigious carvers, but they also opened their workshop to us, allowing us to observe their work in action at various stages and their private collections ranging from fine jewellery to massive sculptures. With over 8000 years of jade history it’s no surprise that their craftsmanship has continually evolved. The sheer detail of some of the work we saw was amazing, detail carved into detail, things carved from the inside out, and connecting links being carved from the same piece of stone, as opposed to being carved then stuck together. 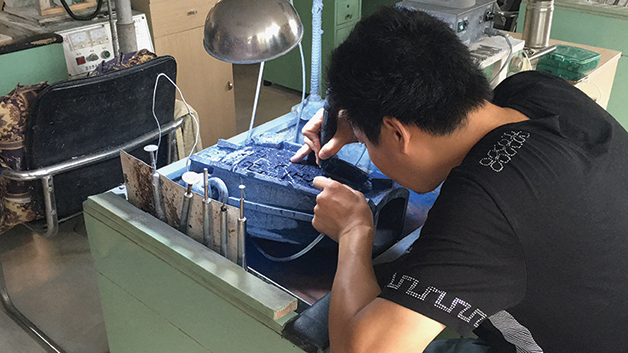 As expected, very few people we encountered throughout this journey spoke English, and although I do indeed study Chinese my vocab was not quite up to scratch when it comes to this particular area. Nevertheless, it was an opportunity to practice my speaking, become accustomed to the dialectal difference in pronunciation, the crazy fast pace they talk, and how to reword what I think I heard using words I know. Thankfully, they were all very kind and looked past my jumbled grammar and tonal errors, and simply applauded me for continuing to study their language. 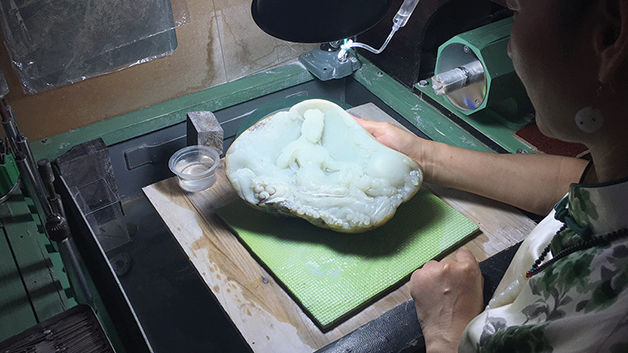 Keeping in mind that although six months is a decent amount of time to be fully immersed, the extent of my language abilities largely remains focused on casual conversation. I was certainly not equipped to be a translator, but I was more than happy to provide amateur translations during our down time. Emphasis on “amateur”. Despite having upwards of 1000 characters under my belt, there are still many ways to say the same thing, in every language, but especially in Chinese. More often than not I would find myself missing the key word in the sentence, usually the verb or the noun, so my translations became something similar to ‘first we are going somewhere to do something, and then we will have some Chinese tea and something to eat’. Not so helpful, right? So at times when the correct translation was imperative, I was ever so grateful there was a real translator. 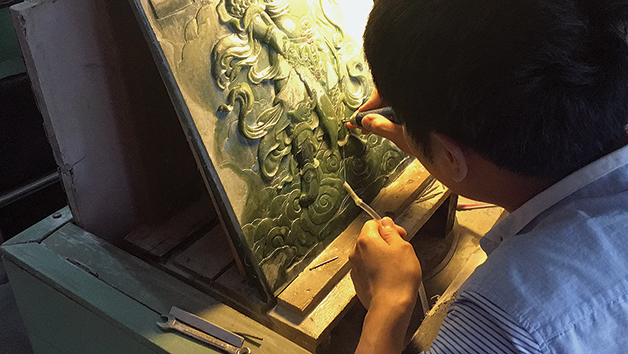 This trip was by far the best language practice I have had so far. Every day of the trip I was forced to put all I had learnt into practice, ask questions on behalf of the group, and clarify important points within questions, combined with extending my knowledge on Chinese jade and our pounamu practices. Personally, I was simply happy to be a part of another adventure, and what better reason than to learn about the stone that sits at the heart of both our cultures.