Ngāi Tahu Tourism owns and operates some of the most iconic and unique experiences on offer in Aotearoa. These experiences have helped to re-establish the unique and intimate relationship the iwi has with the whenua, awa and mauka within Te Waipounamu and has earned them recognition in the industry.
Kaituhi Alice Dimond reports. 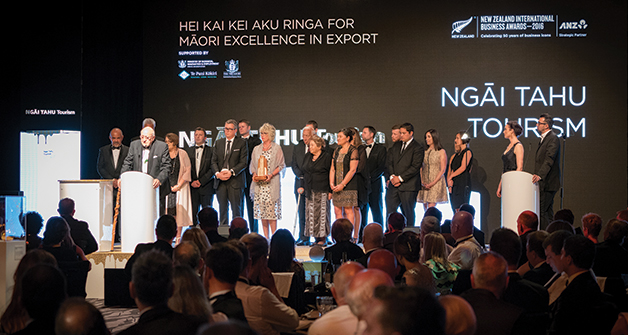 “Making the connection” – this carefully formulated phrase signifies a shift in focus for Ngāi Tahu Tourism as they redefine their purpose to embrace the relationship between kaimahi, manuhiri, and iwi. This change of perspective, although in its early stages, has already resulted in Ngāi Tahu Tourism winning the He Kai Kei Aku Ringa award for Māori Excellence in Export at the New Zealand International Business Awards, awarded by New Zealand Trade and Enterprise.

“Historically we have been known as a Māori-owned tourism business, but not necessarily as an authentic Ngāi Tahu business,” he says.

“The thing that I really liked about this award is that it wasn’t just about performance and numbers. What they really wanted to know was the ‘how?’ How were we operating in a Māori way?”

“There has been a huge change in thinking,” says David Higgins. As Upoko of Te Rūnanga o Moeraki, one of seven rūnanga that are mana whenua in Queenstown, David has been working with Ngāi Tahu Tourism as part of their cultural connection strategy over the last year. “It may not have been the case before, but Ngāi Tahu Tourism can now be seen as a truly Māori company. Slowly but surely they are becoming more integrated and becoming one big whānau.”

Ngāi Tahu Tourism’s cultural connection programme, launched last year, aims to ensure staff members are able to uphold the mana of Ngāi Tahu, by focusing on increasing confidence in tikanga and te reo Māori, as well as their knowledge of Ngāi Tahutanga.

Jamie Hareb, a Franz Josef Glacier guide, can testify first-hand that this connection makes his and his work colleagues’ jobs more meaningful. “We feel like we are giving something back by representing an iwi entity, and even if we are not Ngāi Tahu we start to feel a sense of ownership, like we are doing justice to the history by pursuing the stories.”

The cultural connection programme is led by Ngāi Tahu Tourism’s People and Capability team. James Tawa (Ngāi Tahu – Ngāti Huirapa, Ōraka-Aparima) has recently joined this team as Project Coordinator after a long history with Ngāi Tahu Tourism, having received a scholarship to study tourism management back in 2008.

“My role is to help build the culture of Ngāi Tahu Tourism, all the way from the top to the front line. It is quite a tricky gig as there is a lot that comes into that,” says James.

James is currently working with the executives and managers to meet cultural competency goals including confidence in delivering pepeha and mihi, and knowing a karakia for various situations. “I ring each and every one of them once a week and have a 15–30 minute session with them. Specifically I am asking how their mihi is going, how much of it they have memorised, and helping them with pronunciation.”

A number of training days have also been run around the country on te reo Māori, Ngāi Tahutanga, and the settlement. “They are able to bring along their whānau as well,” says Quinton. “This is about making that connection stronger, so their families know what they are doing and where they work, and can gain an understanding of how the iwi operates.”

Authentic Ngāi Tahu Pounamu toki are also gifted to staff as a way of welcoming them to the organisation. “Not only does this connect them to Ngāi Tahu, but it also connects all of us together, because the toki come from one kōhatu or stone,” says Quinton.

“We want to make Ngāi Tahu people proud of our businesses, because we are proud of being able to show Ngāi Tahu off to our customers. We are pretty unique – not many other businesses can say they are owned by a family of 56,000.”
Quinton Hall
Ngāi Tahu Tourism Chief Executive

David Higgins was a key part of this gifting process, and says that it represented a real turning point in the organisation’s culture. “When the change in focus for Ngāi Tahu Tourism was explained I was more than happy to assist them because I saw it as being so valuable – not only for the tribe, but for the nation. It is really special.”

James believes educating the team about Ngāi Tahu can help enhance their connection to the iwi and adds meaning to their work, which in turn enhances customer experience.

“Those who are connected and have the highest amount of enthusiasm and energy for the kaupapa are able to more confidently tell our stories and give visitors a deeper connection to Aotearoa, our history, and our culture,” says James.

“When I talk about the Settlement, I explain how our financial success is just one part of what drives us. I try to motivate the staff by explaining how the profits we make at Ngāi Tahu Tourism help deliver benefits back to the iwi. This includes funding scholarships, and cultural revitalisation projects within the Te Rūnanga Office. I try to help staff see that they are contributing to something more than just commercial returns.” 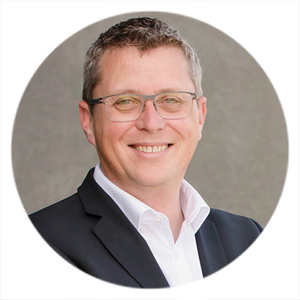 One way that Ngāi Tahu Tourism aims to develop Ngāi Tahu whānui is through the scholarship Te Pia Tāpoi, a new opportunity launched last year that hopes to encourage more Ngāi Tahu rangatahi to consider a career in tourism. “There are a few challenges to overcome in that space,” says Quinton. “Firstly, the businesses are often geographically separated, so it is hard to find Ngāi Tahu people living in the area. Secondly, we need to help people get out of the mind frame that tourism is a holiday job. Tourism is a career, and you can be in tourism working in sales, marketing, finance, and other areas. I want young people to realise that Ngāi Tahu Tourism is an amazing place to work.”

The Manawa Kāi Tahu project, launched last year by Ngāi Tahu Holdings, aims to measure cultural, social, environmental, and financial performance against the tribe’s values. Quinton says that this project helps Ngāi Tahu Tourism stick to their goals. “All the commercial teams were on the same journey at the time, we were just in different places,” he says. “Ngāi Tahu Tourism had just started to look at how we could start doing values-based reporting, and Manawa Kāi Tahu gave us a good framework to guide us.”

Quinton believes using the Ngāi Tahu values helps him and his team make appropriate decisions. “There is a really simple way of wrapping all the values up into one phrase, and that is, ‘Does this decision uphold the mana of Ngāi Tahu?’ If we are struggling with a decision and we ask that question, the answer tends to become pretty clear.”

By focusing on upholding the Ngāi Tahu values, visitors to Ngāi Tahu Tourism businesses are able to experience the unique culture that is Ngāi Tahu. “We are undertaking a visual identity project at the moment and the vision is that when you walk into a
Ngāi Tahu Tourism business, it is unequivocally, in-your-face, Ngāi Tahu. We will be consulting with a lot of different people to do this though, because to be effective, it has to be authentic.”

Although Ngāi Tahu Tourism is still on their journey to “make the connection”, the He Kai Kei Aku Ringa award is a good sign that they are heading in the right direction. “We want to make Ngāi Tahu people proud of our businesses, because we are proud of being able to show Ngāi Tahu off to our customers. We are pretty unique – not many other businesses can say they are owned by a family of 56,000,” laughs Quinton.