On September 30, 2021, the Supreme Court issued a decision – Trans-Tasman Resources Limited v Taranaki-Whanganui Conservation Board and Ors [2021] NZSC – that adds an important piece to developing jurisprudence on the place of tikanga Māori and Te Tiriti o Waitangi in New Zealand law.

Trans-Tasman Resources Limited (TTR) holds a Minerals Mining Permit under the Crown Minerals Act 1991 to mine iron sands in an area of the South Taranaki Bight just outside the 12nm limit. To give effect to its permit, the company requires marine consents and marine discharge consents under the Exclusive Economic Zone and Continental Shelf (Environmental Effects) Act 2012 (the Act), granted by the Environmental Protection Authority (EPA).

TTR’s proposal would involve the extraction of up to 50m tonnes of seabed material per annum, with that material being processed on an integrated mining vessel. Around 10 percent of the extracted material would be processed into iron ore concentrate, with the balance discharged back into the moana, creating a large sediment plume.

TTR first applied for consents under the Act in late 2013. That application was declined and a second application to the EPA was lodged by TTR in August 2016. That application was granted by a second Decision-making Committee (DMC) in August 2017. Te Rūnanga o Ngāti Ruanui Trust, Te Kaahui o Ngaa Rauru, Te Ohu Kaimoana and several other conservation and fishing interests immediately appealed to the High Court which upheld that appeal, but only on one of the many grounds that had been argued.

TTR appealed the High Court decision to the Court of Appeal, with other parties cross-appealing on matters in respect of which the High Court held against them. The Court of Appeal dismissed TTR’s appeal in April 2020, finding in favour of Ngāti Ruanui and other Respondent parties on a broader range of grounds than the High Court, including grounds related to Te Tiriti, tikanga and existing interests.

TTR subsequently sought and was granted leave to appeal to the Supreme Court.

The Supreme Court unanimously dismissed the appeal, upheld the Court of Appeal’s decision to quash the grant of consent and referred the matter back to the DMC for reconsideration in light of the Court’s decision.

Impact on future interpretation of the Act

By a majority, the Court determined that s.10 of the Act provides an overarching framework for decision-making under the Act and that s.10(1)(b) creates an environmental bottom line in the sense that, if the environment cannot be protected from material harm through regulation (e.g., conditions), then the discharge or dumping activity in question must be prohibited. This is critically important to the consideration of any future seabed mining applications as it establishes that activities that involve discharge of sediment or any other substance must meet the high standard of causing no material harm to the environment.

The Court then considered the proper interpretation of s.12 of the Act, which reads:

In order to recognise and respect the Crown’s responsibility to give effect to the principles of the Treaty of Waitangi for the purposes of this Act:
(a) Section 18 (which related to the function of the Māori Advisory Committee) provides for the Māori Advisory Committee to advise the Environmental Protection Authority (EPA) so that decisions made under this Act may be informed by a Māori perspective; and
(b) Section 32 requires the Minister to establish and use a process that gives iwi adequate time and opportunity to comment on the subject matter of proposed regulations; and
(c) Sections 33 and 59, respectively, require the Minister and the EPA to take into account the effects of activities on existing interests; and
(d) Section 45 requires the Environmental Protection Authority to notify iwi authorities, customary marine title groups, and protected customary rights groups directly of consent applications that may affect them.

The Court rejected submissions on behalf of TTR and the Attorney-General to the effect that s.12 should be read as limiting the relevance of Treaty principles to the four process matters explicitly referred to in the section, determined that a “broad and generous” interpretation must be given to such ‘Treaty clauses’ and noted that “[a]n intention to constrain the ability of statutory decision-makers to respect Treaty principles should not be ascribed to Parliament unless that intention is made quite clear.”

In particular, when considering the effects of the proposed activity on existing interests (under s.59), decision-makers must do so in a manner that recognises and respects the Crown’s obligation to give effect to the principles of the Treaty. The nature of the rights and interests that constitute the “existing interests” of iwi and hapū for the purposes of the Act should be determined by reference to tikanga.

The Court went on to reaffirm that tikanga forms part of the law of New Zealand and that it must therefore be specifically considered under s.59(2)(l) of the Act, which refers to “other applicable law”. To properly consider an activity’s effects on iwi rights and interests, decision-makers must engage meaningfully with the nature of those rights and interest, through the lens of tikanga, which the DMC in this case had not done:

[161] What was required was for the DMC to indicate an understanding of the nature and extent of the relevant interests, both physical and spiritual, and to identify the relevant principles of kaitiakitanga said to apply… The DMC then needed to explain, albeit briefly, why these existing interests were outweighed by other s.59 factors, or sufficiently accommodated in other ways… Finally, the DMC’s starting
point was that the principles of the Treaty were not directly relevant but, rather, could “colour” the approach taken. On our approach, these two aspects were also errors of law.

In combination, the Court’s interpretation of s.10, s.12 and the applicability of tikanga as law appear likely to significantly raise the bar for future applications under the Act, especially where those involve some form of discharge. That raising of the bar will apply with respect to effects on the environment and effects on the rights and interests of iwi and hapū.

Impact beyond the Act

This appears to be the first time the Supreme Court has considered a ‘Treaty clause’ similar to s.12 of the Act – which Dr Matthew Palmer (now Palmer J) dubbed ‘elaborated Treaty clauses’ in his 2008 book The Treaty of Waitangi in New Zealand’s Law and Constitution. Clauses in this form became common in legislation passed since 2000 including, for example, s.4 of the Local Government Act 2002 (LGA), which provides:

To recognise and respect the Crown’s responsibility to take appropriate account of the principles of the Treaty of Waitangi and to maintain and improve opportunities for Māori to contribute to local government decision-making processes, Parts 2 and 6 provide principles and requirements for local authorities that are intended to facilitate participation by Māori in local authority decision-making processes.

A simple (or perhaps cynical) reading of that section might be that if local authorities comply with Parts 2 and 6 of that Act, they will have done all they need to in terms of Te Tiriti. The Supreme Court’s view seems clear that this will only be true if those authorities have complied with those Parts of the LGA in a manner that recognises and respects the Crown’s obligation to give effect to the principles of Te Tiriti.

What is perhaps most interesting about the Supreme Court’s ruling that tikanga is “applicable law”, with respect to the Act, is that it is treated as a matter of legal orthodoxy and not as being revolutionary or ground-breaking in any way. In this sense, they agreed with the Court of Appeal, which said:

[177] We consider that it is (or should be) axiomatic that the tikanga Māori that defines and governs the interests of tangata whenua in the taonga protected by the Treaty is an integral strand of the common law of New Zealand.

Williams J clearly indicated in the decision how central tikanga must be to understanding the rights and interests of iwi/hapū:

[297] As to what is meant by “existing interests” and “other applicable law”, I would merely add that this question must not only be viewed through a Pākehā lens. To be clear, I do not say the [earlier parts of the decision] reflect that shortcoming… I simply wish to make it explicitly. As the Court of Appeal rightly pointed out, the interests of iwi with mana moana in the consent area are the longest-standing human-related interests in that place. As with all interests, they reflect the relevant values of the interest-holder. Those values – mana, whanaungatanga and kaitiakitanga – are relational. They are also principles of law that predate the arrival of the common law in 1840. And they manifest in practical ways…

The Supreme Court is not alone in taking such a view, as the recent decision of Cooke J in the High Court in Mercury NZ Limited v The Waitangi Tribunal [2021] NZHC 654 shows:

[102] In my view, the statutory provisions to be applied by the Tribunal do not give it a discretion to make decisions that are inconsistent with tikanga, or which would involve a contemporary breach of the principles of the Treaty.

The Trans-Tasman Resources decision makes it clear that the latter statement is true and that the law must continue to develop in this area. 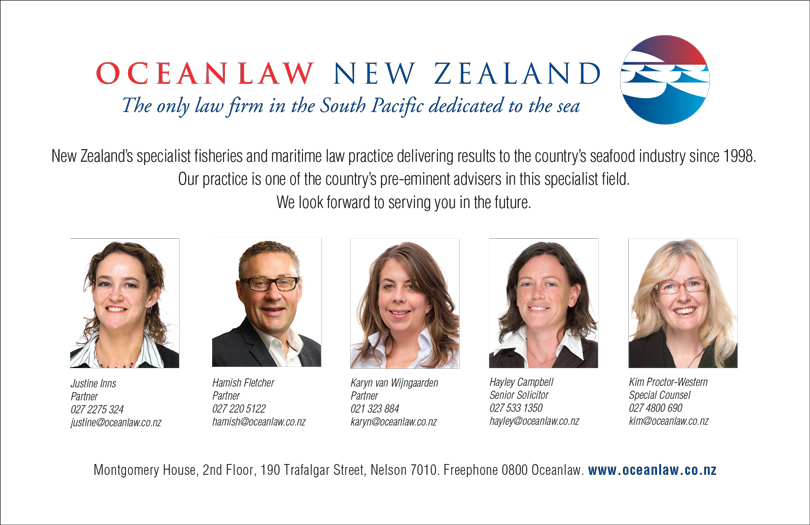