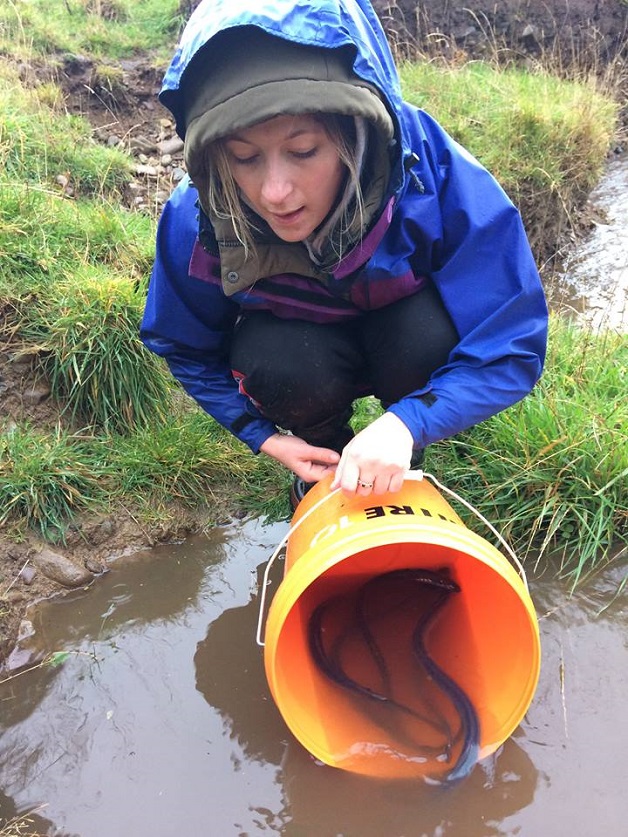 While many people recognise kanakana as a taonga species, little is actually known about them including their spawning and migration habits.

“Kanakana have been around since before the dinosaur – with fossil records from 450 million years ago – yet we still know very little about them,” says Dr Kitson.

“They migrate at night, are very difficult to monitor and are a nationally vulnerable threatened species that we are at risk of losing,“ she says.

The understanding to date is that adult kanakana migrate into Southland rivers from the ocean at this time of year. Then they remain in the rivers for around 15 months before they spawn.

To try and gain a greater understanding of the movements of kanakana, manawhenua, Te Rūnanga o Ngāi Tahu and NIWA have teamed up to undertake MBIE funded research programmes in the Catlins.

Based at the Waikawa River the programme seeks to help manawhenua gather information they need to assist them in the long term sustainable management needs of this taonga species.

Tangata Tiaki, Vincent Leith, says kanakana are a part of our life as whānau.

“I grew up fishing for kanakana with my family and my work and lifestyle revolves around them,” says Vincent.

“We need to make the public aware of the significance of kanakana because of the importance mahinga kai has to our whānau,” he says.

Steph Blair, Waikawa whānau member and Tangata Tiaki, says that kanakana are intertwined in our whakapapa.

“kanakana feed our souls and keeps the memory of our Tupuna alive,” says Steph.

“Kanakana are taonga and a kai that have feed our tīpuna for generations and we need to do everything we can to ensure we protect kanakana for future generations,” says Steph.

“The kanakana are then tagged with a 12mm pit tag. These tags are like the microchips used in cats and dogs and when they swim closely past antenna we can get a reading of the tag’s number to identify the fish,” she says.

This is the first year of tagging of kanakana, and 191 were tagged and released further upstream from the capture sites. 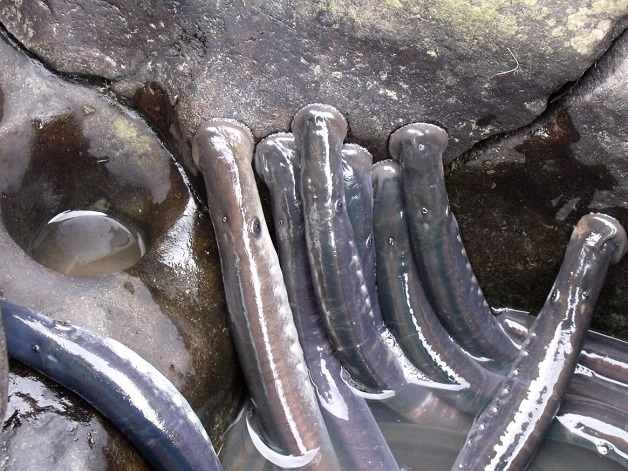 “In the next few months researchers, including whānau, will start to track the movements of kanakana using a hand held antenna.,” she says.

Dr Kitson hopes this work will help manawhenua will help to identify areas of importance for kanakana spawning so that they can be further protected.

NIWA Principal Scientist Dr Cindy Baker says the mahi previously undertaken by manawhenua provides us with the opportunity to use some novel methods for monitoring kanakana.

“We will be carrying out the first New Zealand field application of environmental DNA (eDNA) as a population monitoring tool,” says Dr Baker.

“Although the research programme is focused on the Waikawa River catchment, the results will be applicable to kanakana nationwide” she says.

Monitoring and research is not something that is new for the rūnanga though.

Vincent Leith says some of the work he and the rūnanga have undertaken to date includes: water testing, mātaitai management, monitoring, tagging and protection.

“Without whānau we would not have been able to do this project. It is their knowledge and enthusiasm that is driving our success and helping us to try save our taonga species,” says Dr Kitson.