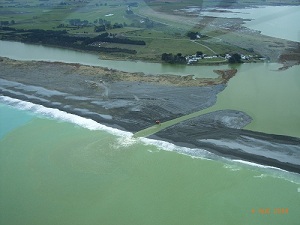 Have you ever wondered how the decision is made to open the lake to the sea? Leigh Griffiths, Environment Canterbury Senior Engineering Advisor, has provided some information about how the decisions are made and who is involved.

These stakeholders make up the group that operate under the lake opening ‘Protocol’ which is short guidebook for collaborative and transparent decision making. Under the Protocol every group has an opportunity to make their view known. These views are all taken into account and then the final decision on what to do is made by the two joint consent holders.

Experts are engaged as required to provide technical advice and forward weather and sea conditions are also considered. When, and at what level the lake is opened to the sea, requires the consideration of a number of matters including wildlife, wetland vegetation, fish habitat, mahinga kai, customary fisheries, water quality, summer levels, land inundation, waterway networks and infrastructure, and fish migration for a variety of species in Autumn and Spring. 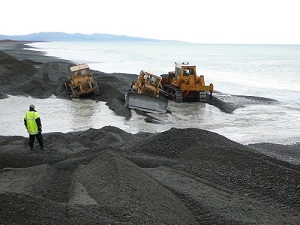 The joint consent holders are working together to ensure informed and timely decisions are made wherever possible.

Several reports (below) have recently been prepared as part of conditions attached to the resource consent for lake opening, which was renewed earlier this year.

These reports will be on the ECan website in time but you are welcome to email Leigh if you would like a copy.

It’s interesting to note that each time the lake is opened to the sea – between two and six times a year – 30,000m3 of material has to be shifted. 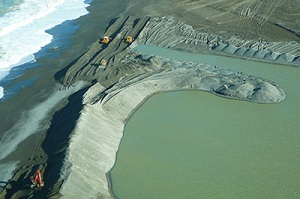 Many things need to line up for an opening to be successful: the lake needs to have reached minimum levels required in the Water Conservation Order/Resource Consents; the sea needs to be relatively calm, and machinery needs to be mobilised and able to gain safe access to the site.

In June last year the lake reached its highest level since 1941 (1.81m) because safe access to the opening site was not physically possible.
Environment Canterbury has a dataset of all lake openings since records began in 1901. The lake opening on 24 June 2014 was the 304th opening since 1901.

Te Waihora is subject to a National Water Conservation order which was amended in 2011 to provide for a broader range of values. Background information can be found here: http://ecan.govt.nz

On 20 January 2014 Te Rūnanga o Ngāi Tahu and Environment Canterbury were jointly granted new resource consents to open and/or close Te Waihora to the sea as well as carry out earthworks at the opening site to aid tuna migration and other investigations for Whakaora Te Waihora. A copy of the hearing decision and background information can be found at: http://ecan.govt.nz