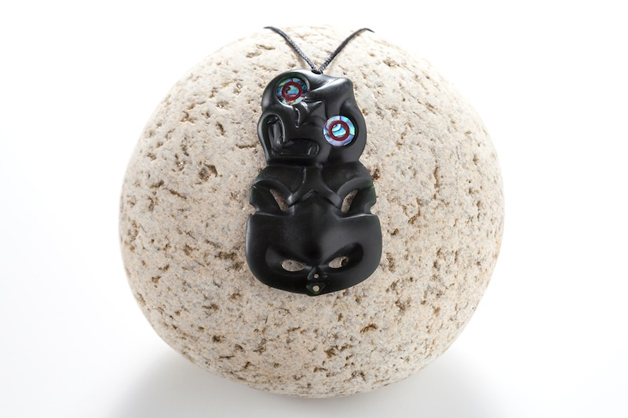 The Te Waipounamu Māori Heritage Centre in Hokitika has re-branded and has been re-named Waewae Pounamu.

General Manager of the centre, Francois Tumahai (Ngāi Tahu – Ngāti Waewae), says the renaming is part of a comprehensive rebranding that has been almost a year in the making.

“It’s all about promoting the Ngāi Tahu Pounamu Authentication Scheme and creating a flexible entity – a franchise if you like – that can be uplifted and established in other rūnanga who may also like to sell Ngāi Tahu Pounamu,” says Tumahai.

Francois Tumahai says the Ngāi Tahu Pounamu Authentication Scheme has been a great success. “I think it’s a fantastic scheme and it works well for us. We’ve been blown away by customer reaction too. We can show them which stone their piece was carved from and exactly where that stone came from. In general customers appreciate knowing their pounamu is of authentic New Zealand origin. The fact that our sales have doubled in the last twelve months is a good indication of that,” he says

Much of this product is sold under the impression that it is genuine New Zealand greenstone, or pounamu, carved by New Zealand and indigenous Māori artisans.

To overcome this confusion the legal owners of pounamu/greenstone in New Zealand, the Ngāi Tahu people, have developed an authentication scheme to certify products made from genuine New Zealand pounamu. This is to provide assurance to those purchasing pounamu products that they have obtained the authentic and genuine article.

All Ngāi Tahu Authenticated pounamu shows the Ngāi Tahu Pounamu registered trademark and a unique traceability code, that when entered online, identifies the origin and whakapapa (geneaology) of the stone, how it was extracted and processed and who the artist was that carved it. Further they can be safely assured that their item of pounamu has been treated according to the customary respect attributed to pounamu by its guardians the Ngāi Tahu people. The unique traceability code is the customers’ guarantee that the product is authentic.

Francis Tumahai says customers’ ability to trace their pounamu online has been a big hit and once the store’s touch screens are installed, he expects customers will take an even greater interest.

“Interest in the Ngāi Tahu Pounamu Authentication Scheme has lifted to another level in the last twelve months and we now have product in over fifty stores around New Zealand. This new branding exercise has been a very exciting project to be involved in and I think rūnanga are going to love it.

“We are looking forward to celebrating Waewae Pounamu in Hokitika this afternoon. We have a number of local and Christchurch guests coming along to support us as we take this next big step forward.”