The Vision:
Our dream is that Ngāi Tahu is a responsible contributor and decision maker in Aotearoa and our takiwā (tribal territory). The goal is to build healthy relationships with iwi, government, private and community sectors, to share responsibility for delivering mutually beneficial outcomes.

The Treaty of Waitangi is the foundation of an intergenerational relationship between Ngāi Tahu and the Crown. Like a marriage, there have been rocky periods in the partnership, but the Ngāi Tahu Settlement was an important transition point to a new era of co-operation.

Te Rūnanga represents Ngāi Tahu Whānui in the Treaty relationship with the Crown. While we have a responsibility to protect the rights and interests of our people, our philosophy is to work in collaboration with government, private and community sectors towards shared outcomes that are in the tribal, community and national interest. In Ngāi Tahu traditions, the purpose of possessing rights is to have the ability to be responsible, to people and place.

Te Rūnanga engages with the Crown, other iwi and the private and community sectors under the umbrella of an external relations portfolio. Our priorities are to uphold the integrity of our Settlement to protect our tribal territory.

Ngāi Tahu is a founding member of the Iwi Chairs Forum, a Māori leadership body working in partnership with the Crown on a wide range of national matters. Ngāi Tahu hosts the Iwi Chairs Forum at least every two years and values the forum as a key vehicle to maintain the Iwi-Crown relationship at a national level. Our Kaiwhakahaere, Tā Mark Solomon is the Chair of the Iwi Leaders Group for Conservation and Deputy Chair of the Iwi Leaders Group for Freshwater.

The nine iwi of Te Waipounamu (the South Island) have also come together to form a regional iwi chairs group, Te Waka-a-Māui. In 2014, the nine iwi made a successful bid to establish a Whānau Ora Commissioning Agency for the South Island to advance the wellbeing of families. This agency was named Te Pūtahitanga o Te Waipounamu.

Ngāi Tahu will always be forthright advocates for our interests and active participants in matters of national importance. Our character however, is infused with a healthy balance of principle, pragmatism and a long term horizon for seeking what we consider most precious. There are bottom lines that we will defend passionately, but we have a growing record of accomplishments reached in partnership with government that contribute equally to the tribal and national interest. 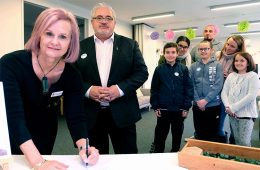 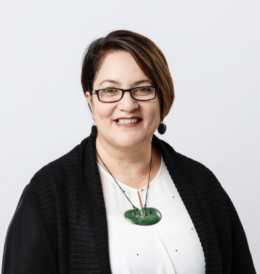 Time to steer the waka together

By Lisa Tumahai, Kaiwhakahaere (Chair), Te Rūnanga o Ngāi Tahu Iwi leaders from throughout Aotearoa are meeting in Dunedin for the first time this week, hosted by Ngāi Tahu. The National Iwi Chairs’ Forum meets quarterly to share knowledge, work together on key issues affecting our people and to advocate our collective priorities – all… 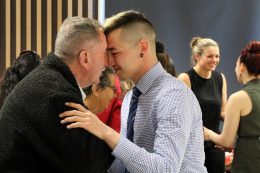 In late April a group of Inuit college students from Canada’s Arctic visited New Zealand to meet with Ngāi Tahu to share cultural and historic experiences. As part of their trip the college students visited Ngāi Tahu Papatipu Rūnanga and Te Whare o Te Waipounamu. Kristen Ungungai-Kownak, one of the visiting Inuit students said that… 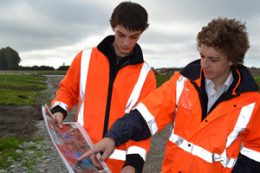 A little bit of history about the Cadetship Following the Canterbury earthquakes, Te Rūnanga o Ngāi Tahu joined forces with Aurecon to create opportunities for Ngāi Tahu in the Canterbury rebuild. Aurecon have delivered some award winning projects all over the world providing engineering, management and specialist technical services. For more information about Aurecon go…

Ngāi Tahu whānui have been challenged to think out to 2050 at today’s Hui-ā-Tau. Te Rūnanga o Ngāi Tahu Kaiwhakahaere, Tā Mark Solomon, says that post-Settlement the iwi had prepared a robust vision to take it to 2025 but that was now only ten years away and the time had come to start thinking beyond…