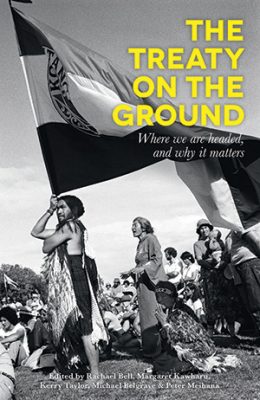 This book came from a “Treaty on the Ground” conference held in 2016 at Tāmaki Paenga Hira Auckland War Museum. It is a sometimes awkward attempt to cover the wide-ranging offerings of some of the participants. The phrase “Treaty on the Ground” is from Pākehā historian Ruth Ross’ 1972 piece attacking the “woolly-mindedness” that had allowed the Treaty to become all things to all people. The conference covered developments from 1945 to the present – although David Williams also traces links to Te Tiriti back to the Magna Carta – with a broad variety of offerings.