Te Rūnanga o Ngāi Tahu is now accepting public submissions on its draft plan to protect Kātiki Point for future generations. Kātiki Point – which receives up to 40,000 visitors a year – is a headland that forms the southern tip of Moeraki peninsula in coastal North Otago. It is home to unique wildlife, scenery… 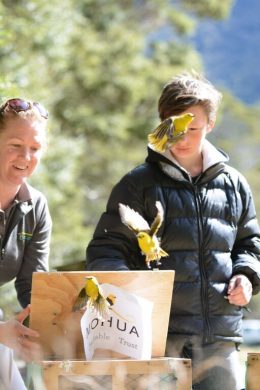 The mōhua (yellowhead) population in the Eglinton Valley, Fiordland, recently received a boost with the release of 80 birds that were transferred from Anchor Island in Dusky Sound. The Mōhua Charitable Trust supported the transfer, working in partnership with the Department of Conservation (DOC) and Ōraka Aparima Rūnaka. Ōraka Aparima members, John Roberts and his… 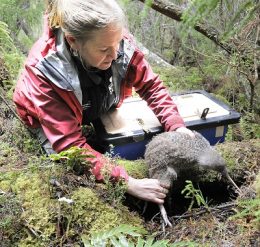 Little spotted kiwi/ kiwi pukupuku were recently returned to Dusky Sound in Fiordland for the first time in more than a century. Twenty birds were transferred from Kapiti Island north of Wellington to predator-free Anchor Island/Pukenui in Dusky Sound, to start another population of this endangered kiwi. The kaitiakitanga of kiwi pukupuku on Kapiti Island…

The saying many hands make light work, is fitting for Te Matatini 2015, as many organisations from around the Waitaha region are offering to support this year’s competition. Environment Canterbury (Ecan), the Department of Conservation (DoC), and Christchurch-based charitable trust, Greening the Rubble have all generously offered to provide different resources for the event. Over… 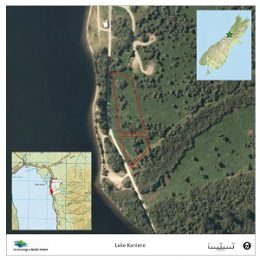 Nohoanga provide Ngāi Tahu whānau with an opportunity to experience the landscape as their tīpuna did; and to rekindle the traditional practices of gathering food and other natural resources. The term ‘nohoanga’ (literally meaning ‘a place to sit’) traditionally refers to the seasonal occupation sites which were an integral part of the mobile lifestyle of… 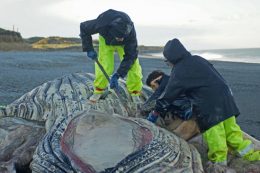 Te pou i te ara tika i ngaro The kaikaraka called to her, from Pareora Beach. The whānau gathered. Knives glinted in the sun. She knew, her koha would be honoured. Teoti Jardine 29 May, 2014. A dead 11.3 metre sub-adult humpback whale washed ashore last month at Pareora and the Department of Conservation granted…

Around sixty volunteers gathered at Ahuriri Lagoon in late May for the first Whakaora Te Waihora staff plant-out for Ngāi Tahu, Environment Canterbury, Department of Conservation and Te Ara Kākāriki staff. The plant-out was just one part of the greater Whakaora Te Waihora restoration planting programme that aims to restore native vegetation specific to different… 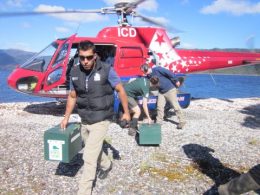 As part of their kaitiaki responsibilities, Te Rūnanga o Makaawhio has been supporting a number of initiatives aimed at saving the very rare Haast tokoeka and rowi (Ōkārito brown) from extinction. Operation Nest Egg (ONE), managed through DOC has been one such initiative, where eggs are taken, hatched in a specialised facility and then taken…