Posts Tagged ‘He Aitaka a Tāne’ 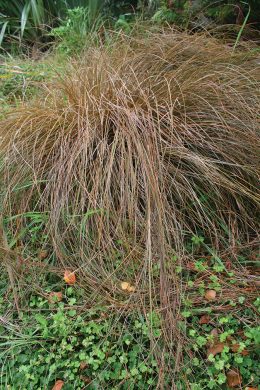 Mānia is a densely-tufted, hardy, grass-like sedge that historical records suggest was mainly used for bedding and waist belts by Ngāi Tahu. Botanical references describe it as a very distinctive ornamental grass with colours ranging from shiny to dark green to yellow/green, red/green, bronze, and various shades of brown or golden brown, depending on the source. 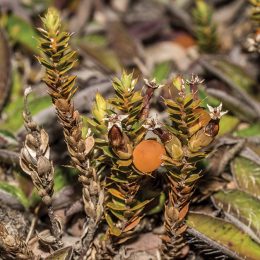 There are not that many native New Zealand plants that produce a sweet and tasty fruit that you can pick and eat straight off the plant.
Pātōtara, a prickly low-growing shrub, is one of the few. Its juicy yellow/orange berries that ripen in summer and early autumn were once a popular sweet treat for Māori and Pākehā children, in the days before they could buy confectionery from the corner dairy. 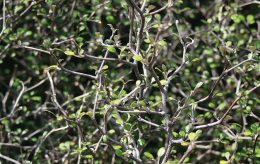 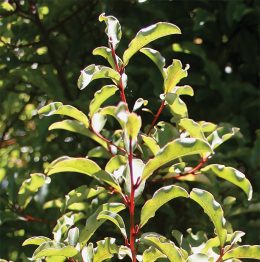 It was one of several rākau tapu from which tohunga routinely plucked a sprig, dipped it in sacred water, and sprinkled the water from the sprig onto people or items that required cleansing, with an appropriate karakia or blessing. The same ritual would be followed for a tangi. 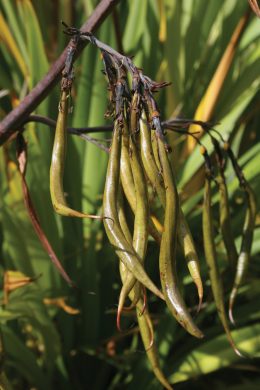 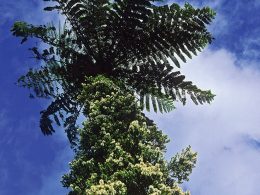 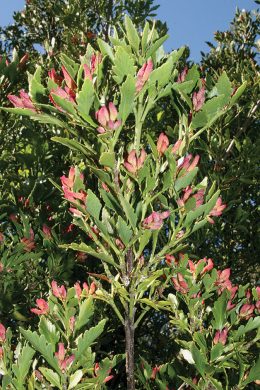 nā Rob Tipa The most distinctive feature of toatoa is the fact that it has no true leaves. Instead this shrub or small forest tree has flattened leathery branchlets that look more like the leaves of celery – hardly a feature befitting a member of the chiefly podocarp family. Three species of this ancient genus… 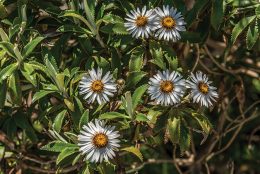 He Aitaka A Tāne
Tētēaweka prefers life on the wild side

Plants nā Rob Tipa Roaring Forties gales blast through the turbulenttidal shallows of Foveaux Strait, which separates Te Waipounamu from Rakiura. This is no place for the faint-hearted, and that goes for plants as much as the hardy southern souls who live and work here. The salt spray and frequent westerly gales are fierce enough… 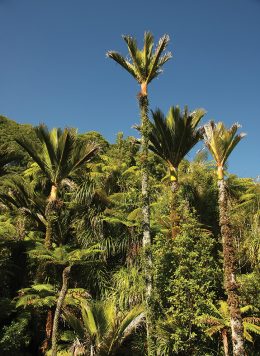 He Aitaka A Tāne
Nīkau a taste of the tropics

The nīkau palm looks like it belongs on a tropical island in the South Pacific, so its appearance as far south as Ōkarito or Akaroa is enough to stop you in your tracks.