A large delegation of leading Chinese Jade experts and dignitaries were hosted by Te Rūnanga o Ngāi Tahu in Hokitika yesterday in the second of three events to progress the establishment of a New Zealand-based pounamu carving institute. The Institute will bring together cultural exchanges and utilise the teaching of both Ngāi Tahu and Chinese… 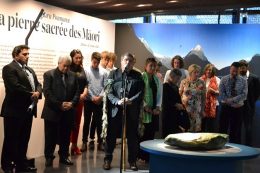 Earlier this month an exhibition of more than 200 pounamu taonga opened at Musée du quai Branly-Jacques Chirac, in Paris. The exhibition was created by Te Papa with collaboration from Ngāi Tahu and features pounamu taonga from all tribal areas of New Zealand.  The exhibition is called ‘La pierre sacrée des Māori’ (the sacred Māori…

As part of its new Making the Connection strategy and in recognition of long service, Ngāi Tahu Tourism has gifted 330 pounamu toki to staff who have worked at least 500 hours for the organisation. Presentation ceremonies have been held at the Ngāi Tahu Tourism businesses throughout the country, with Ngāi Tahu kaumātua present to…

The Waitangi National Trust opened its new museum on Waitangi Day. Now open to the public, it houses the permanent exhibition Ko Waitangi Tēnei: This is Waitangi, relating stories of Waitangi – its people, the place and the Treaty. This is no ordinary exhibition. It is thoughtfully assembled and the curation is expertly punctuated with… 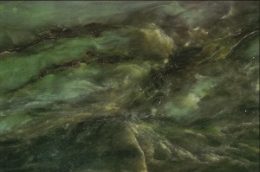 “It gives the mana back to the stone — that’s what we’re aiming for,” says Ngāti Waewae rūnanga chairman and general manager of the newly-formed Waewae Pounamu, Francois Tumahai. He is talking about Poutini Ngāi Tahu and West Coast miners signing up to a ground-breaking agreement to return pounamu to Ngāi Tahu and deter the illegal black market trade in New Zealand greenstone. Kaituhi Rob Tipa reports. 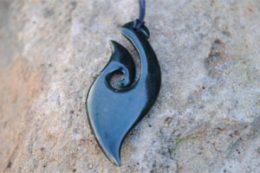 Lucy Carter (Ngāi Tahu) is a Project Co-Ordinator at Te Rūnanga o Ngāi Tahu. She affiliates to Oraka Aparima Rūnanga and lives in Christchurch. Here, she talks about two of her favourite pieces of pounamu. My matau piece was a koha from my parents, which I received as a gift when I graduated from the… 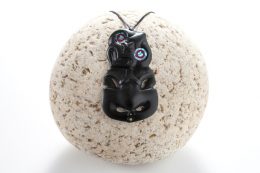 The Te Waipounamu Māori Heritage Centre in Hokitika has re-branded and has been re-named Waewae Pounamu. General Manager of the centre, Francois Tumahai (Ngāi Tahu – Ngāti Waewae), says the renaming is part of a comprehensive rebranding that has been almost a year in the making. “It’s all about promoting the Ngāi Tahu Pounamu Authentication…

Twelve pieces of Ngāi Tahu Pounamu carved by Te Waipounamu Māori Heritage Centre in Hokitika, will be showcased with other luxury New Zealand products at Couture Fashion Week in New York on Saturday 7 September. Couture Fashion Week is a multi-day event showcasing couture and luxury fashion. The event is staged twice a year in… 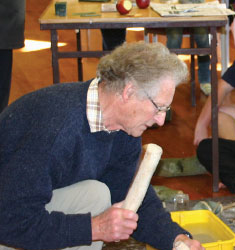 Russell Beck is New Zealand’s foremost expert on pounamu, an international authority on jade and a successful author on the subject. Kaituhituhi Rob Tipa sits in on a hands-on workshop for children that Beck ran at Kāti Huirapa Rūnaka ki Puketeraki Marae, Karitāne.