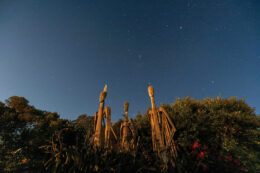 This state-of-the-art facility is a symbol of the strong relationship that has developed between Te Rūnanga o Kaikōura and Crown agencies in the wake of the devastating earthquake in 2016. More importantly, it provides a home for the many taonga and artefacts discovered during the recovery and rebuild, safe in the guardianship of manawhenua. 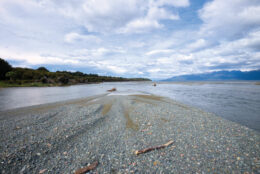 Upokororo (the Eglinton River) flows from Ōtapara (Lake Gunn) in a generally southern direction before entering Te Ana-au (Lake Te Anau). Upokororo is the Māori name for the now extinct New Zealand grayling (Prototroctes oxyrhynchus). The young of this slender, silvery smelt were once common in lowland freshwater rivers and streams, and grew to maturity in saltwater. The Upokororo River was part of the traditional travel route that provided access between Te Ana-au and Piopiotahi (Milford Sound). 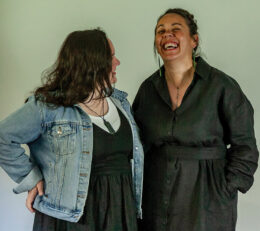 Cousins Kelly Barry and Jaleesa Panirau stand in the shadow of their ancestral maunga, Te Ūpoko o Tahumatā, eyes shielded against brilliant sunlight as they survey the māra kai taking… 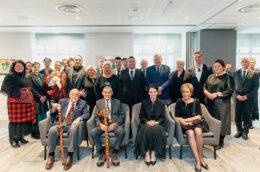 When Her Majesty Queen Elizabeth II died on 9 September, it drew to a close a reign of more than 70 years over the United Kingdom and Commonwealth – including Aotearoa. She was a symbol of quiet constancy and stability in an ever-changing world, and Tā Tipene O’Regan was honoured to join the New Zealand delegation that travelled to London to attend her funeral. He sits down with kaituhi Anna Brankin to reflect on the funeral and the significant role the monarchy has played in our country, and for our iwi.