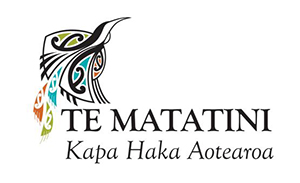 The much-anticipated draw for next year’s team performances at the National Kapa Haka Festival will take place at Rehua Marae in Christchurch on Wednesday 11 June at 7.30pm.

The draw determines the order of performances for the 45 teams that will compete for the title of best performing Te Matatini Kapa Haka group when the festival is held in Ōtautahi-Christchurch from 4-8 March 2015. The festival attracts the best teams from all over New Zealand and Australia after qualifying through regional competitions.

Te Matatini 2015 – Christchurch is produced by Te Matatini Kapa Haka Aotearoa, the national organisation responsible for fostering Kapa Haka and Māori performing arts in New Zealand. Next year’s competition is to be hosted by the Waitaha Cultural Council with support from the South Island iwi Te Rūnanga o Ngāi Tahu and the Christchurch City Council.

Executive Director of Te Matatini, Mr Darrin Apanui, says tomorrow night’s draw has been eagerly anticipated by the teams. The order of performances is determined through a ballot, and is undertaken in the presence of members of the host committee.

“All of our teams will be watching and waiting for tomorrow’s draw. They’re all very keen on knowing where in the festival they’ll be performing so they can prepare as best they can. Being first to perform at our festival can be a nerve-wracking challenge for even the most experienced kapa haka performers,” Darrin says.

Te Matatini festivals attract thousands of people each day of the four-day festival, with more than 20,000 expected to converge on the Christchurch venue for the semi-finals and finals. The festival itself will be broadcast on television and radio, as well as online, which makes the uniquely Māori performance art available to a global audience.

Te Matatini 2015 will be one of a number of major events to be held in Christchurch next year. Selwyn Parata, Chairman of Te Matatini, says: “We are excited about holding our next biennial festival in Ōtautahi. It has been a number of years since it was last held in Te Wai Pounamu and we’re looking forward to playing our part in helping rebuild the cultural vibrancy of the city.

The full draw will be published on Te Matatini’s website www.tematatini.co.nz after the draw.