Close
Home / Leadership Stories / As a country, as South Islanders, as Ngāi Tahu, we all face huge challenges: we must face them together, by Kaiwhakahaere Lisa Tumahai

As a country, as South Islanders, as Ngāi Tahu, we all face huge challenges: we must face them together, by Kaiwhakahaere Lisa Tumahai 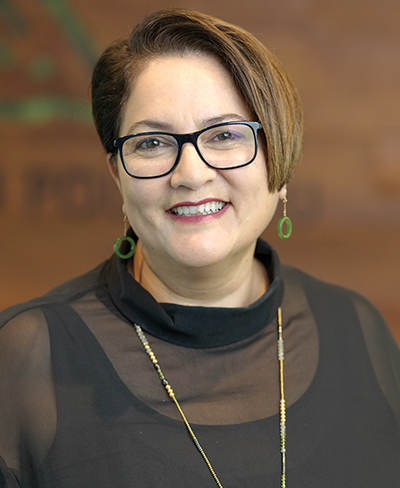 As the chair of Te Runanga o Ngāi Tahu, which represents South Island iwi Ngāi Tahu, I welcome healthy informed debate about the future of the Crown-Māori relationships.

These debates must however avoid fear-mongering and vote-chasing. They must be informed by fact, and include the history of our country, and include the reality of iwi as treaty partners in the present day.

Ngāi Tahu are not strangers to the fear created by those who would divide us as New Zealanders.

The Ngāi Tahu settlement agreement recognised the failure of the Crown to keep its promises. The settlement signing in 1998, restoring the honour of the Crown, should have been a time of great joy.

But the lead-up to, and the immediate aftermath of, signing the Ngāi Tahu Treaty settlement was marked by anger fuelled by misinformation.

It turned in some cases to violence. Four buildings, including marae and a community law centre, were torched at night. Two were burned to the ground. Māori bear the brunt of these attempts to divide, but the fear diminishes us all as New Zealanders.

Suspicion of Māori aspirations ran rampant. The Waitangi Tribunal had recommended the return of particular estates in the high country to Ngāi Tahu, including Routeburn station. People who opposed the settlement warned that under Ngāi Tahu ownership, there would be gates across the track or that the estate would fall into ruin.

History tells a different story, of course. The land was returned. Routeburn track hosts around 10,000 walkers per year from New Zealand and around the world, one of the most popular Great Walks in the country.

In the intervening 20 years Ngāi Tahu has become a key driver of economic growth and renewal in the South Island. Our investment has played a crucial role in revitalising towns such as Kaikōura through tourism, building sustainable businesses and creating jobs.

When the Canterbury earthquakes hit in 2010 and 2011, our marae opened their doors to all in need. After the quake that devastated Kaikōura, Ngāi Tahu kaimahi (workers) were first on the scene to bring essential food and supplies up by helicopter, bypassing the ruined highway.

As Ngāi Tahu mana has been re-established, so has Ngāi Tahu manaakitanga, whanaungatanga and aroha – the values we bring as an iwi to all our dealings.

Ngāi Tahu represents the oldest permanent inhabitants of the South Island. We can advocate for the concerns of the whole community that go further and deeper than the three-year political cycle of local or national government – never more necessary with the challenges of environmental sustainability and climate change.

It is confusing to us why the idea of “partnership” or “co-governance” with Ngāi Tahu would be something to “scare the horses” some two decades into that partnership. We are focused on, and our track record supports this, a partnership with the Crown that seeks to benefit all who now call Te Waipounamu home.

Ngāi Tahu has an application in the High Court seeking recognition of our rangatiratanga in relation to freshwater in the tribal takiwā (area). We seek a declaration from the Court that the Crown should design a new system for managing freshwater alongside Ngāi Tahu.

It is important to note this is not a case about the ownership of freshwater. It is about our ability to exercise our rights, but more significantly as kaitiaki (guardians) also our responsibilities and obligations to protect freshwater as a natural resource.

Similarly, Ngāi Tahu is currently in discussions with the Crown and councils about working together to design a new delivery entity for freshwater within the takiwā, as part of the government’s Three Waters reforms.

We do not want to own the water infrastructure or entity. Ngāi Tahu are committed to Three Waters assets remaining in public ownership and not sold to private interests. Our goal through partnership is to ensure community representation, better environmental and health outcomes, and to safeguard water assets against future privatisation.

As a country, as South islanders, as Ngāi Tahu, we all face huge challenges in the 21st century: challenges to our land, our water, our climate, our air and our prosperity. We must face them together.