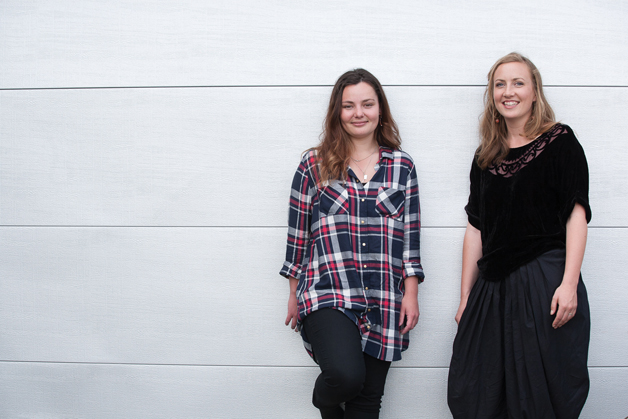 Ngāi Tahu designers Kristy Bedi and Jordaine Brogan both earned a place at New Zealand Fashion Week in August through the Miromoda Competition.

Kristy affiliates to Kāti Huirapa Rūnaka ki Puketeraki, and has always felt a strong connection to her cultural background. She has been interested in design since her mother taught her to sew as a child, and decided to combine these two passions by studying Māori Visual Arts and Politics at Massey University in Palmerston North. Kristy’s collection, Aho Creative, placed third in the Emerging Designer category at the Miromoda Competition. Her intention was to create garments that weave whakapapa and Māori design into contemporary and wearable items of clothing. She says, “I wanted to create a Māori identity that can be normalised in our environment.”

Her real passion lies in textiles and design, and she chose to create her own fabric for her garments. She used the technique of devoré to etch kōwhaiwhai into the fabric, and describes this process as “literally etching whakapapa into a garment.”
Kristy recently established her own design company, Aho Creative, in Christchurch.

Jordaine was born in the Netherlands and settled in Christchurch when she was three. She is affiliated to Arowhenua, and this year has been endeavouring to spend more time in Temuka with her whānau, and be more involved in her rūnanga. Jordaine has always been passionate about fashion and knew from a young age that she wanted to pursue it as a career. She completed a Diploma in Fashion Design at the Christchurch Polytechnic Institute of Technology in 2015, and since then has been working as a visual merchandiser.

Jordaine’s creative inspiration stems from her immediate surroundings, and her collection, Re:Adjust 2.0, was influenced by the street art that appeared in central Christchurch in the aftermath of the earthquake that devastated the city. Jordaine says, “It was a way to restore a sense of flourishing, to put happiness back into the city.”

Her dream is to have her own menswear label, and to be able to walk down a street and see people wearing her designs.