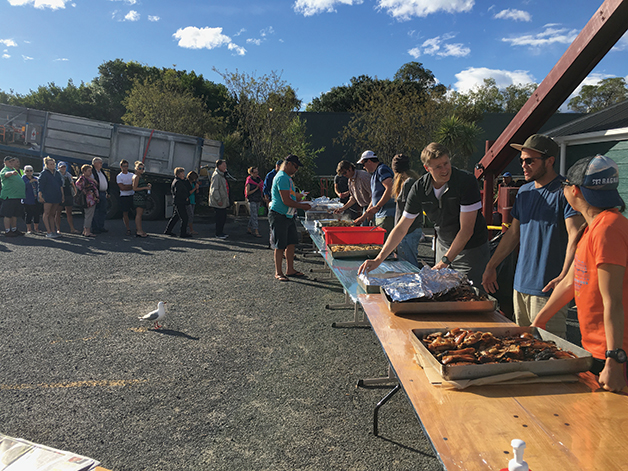 When a massive magnitude 7.8 earthquake struck North Canterbury just after midnight on November 14, Takahanga Marae in Kaikōura opened its doors to distraught locals and visitors with characteristic manaaki, promptly setting itself up as a welfare centre for the community.

This was the third largest earthquake in New Zealand in a century and it took the lives of two people. It wasn’t only the marae that showed whanaungatanga to Kaikōura – within hours Te Rūnanga o Ngāi Tahu staff also set out to help whānau in need.

In one week the marae distributed over 10,000 meals to the community, and Te Rūnanga o Ngāi Tahu sent in more than 50 helicopters to carry supplies and volunteers, and to evacuate people desperate to leave.

Henare Manawatu, Chairman of Te Rūnanga o Kaikōura, says that is just what the marae does. “We are there to support the needs of the community and that’s what we did,” says Henare.

“The marae is centrally located on the hill and we knew the marae could support Kaikōura and keep whānau safe, so we set up as a centre to support the community,” he says.

“Hearing about the damage in Kaikōura I was immediately worried for whānau and friends. The marae has become part of the community and the manaaki they have shown to those affected by the earthquake was no surprise to me,” says Tā Mark Solomon.

“The situation would have been much more stressful had it not been for the efforts of Takahanga Marae, Te Rūnanga o Ngāi Tahu, and the wider Kaikōura community.

“Uncle Wiremu Te Haere (Bill) Solomon would have been proud of our marae and our people for their efforts,” he says.