Water has always been an integral part of Ngāi Tahu identity and our traditional cultural practices. The Ashburton District Council’s recent consideration of a resource consent to extract freshwater from the Hakatere River Catchment has emphasised the fact that mana whenua need to be a part of the decision-making around this precious taonga.
Kaituhi Chris Brankin reports. 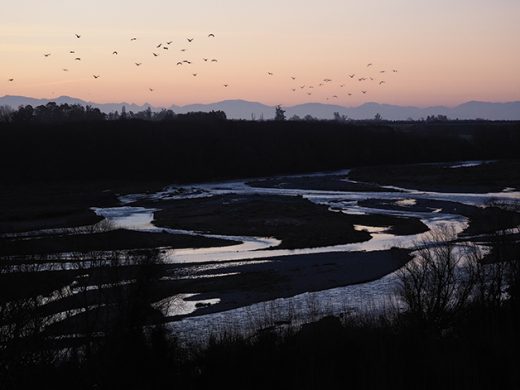 In early April news broke the Ashburton District Council was considering selling a section in their business park known as “Lot 9”. A seemingly innocuous move, except that a resource consent for the extraction of freshwater is attached to Lot 9, and on the other side of the deal was a company in the business of bottling and selling water. The consent would allow for 45 litres of artesian water to be extracted per second, over 1.4 billion litres over the course of a year. While this is not a lot of water in the context of the many existing consents for irrigation and other commercial uses, the Hakatere River catchment is already over allocated by 191 per cent. Compounding the issue for the public was the fact this was a dormant consent that had been so for a number of years, and the perception that it was just not right to allow such a precious resource to be bottled and shipped away for the economic benefit of a non-local corporation.

Ngāi Tahu shared these objections, and others. Kaiwhakahaere Tā Mark Solomon publicly voiced concerns about the decision given the degraded state of the awa, and concerns about the exclusion of Ngāi Tahu, particularly Arowhenua rūnanga, from the decision-making process leading up to the announcement. For mana whenua and Te Rūnanga kaimahi engaged in the freshwater kaupapa, the issue threw into focus further mahi that Ngāi Tahu must press forward with to realise our aspirations for the management and use of wai māori.

Water is woven deep into our identity as Ngāi Tahu. Without wai there is less mahinga kai for our people. No whitebaiting, no catching tuna, no access to watercress, and challenges for accessing safe drinking water for our marae. Water is the foundation for physical life, but for Māori there are further layers of meaning to these activities that make healthy waterways critical for the sustenance of Ngāi Tahu culture and spirituality. So many Ngāi Tahu practices rely on access to the resources freshwater sustains.

A river that sustains the mahinga kai practitioner also sustains fishing, and people from all walks of life aspire to rivers and lakes clean enough to swim in now, and in the future.

In order for Ngāi Tahu to maintain those cultural taonga and express meaningful kaitiakitanga, any framework for the governance and management of freshwater in Aotearoa must appropriately recognise and provide for the rights, interests, and responsibilities of iwi, hapū, and whānau in relation to the rivers, streams, and lakes in their takiwā.

At a national level, iwi have been working collectively under the mandate of the Freshwater Iwi Leaders Group. Through this group iwi engage directly with senior cabinet ministers on proposals for reforming New Zealand’s freshwater management regime. Ngāi Tahu have strong representation on the Freshwater Iwi Leaders Group. Tā Mark is chair, and a number of Ngāi Tahu are involved in the Technical Advisors Group that provides support to the leaders.

This work flows into the tribal and regional approach Ngāi Tahu take towards water management. Although many principles are the same across the nation and across the tribal takiwā, every hapū has a unique relationship with their waterways and the councils that manage them. For Ngāi Tahu, Te Tiriti o Waitangi is the origin of Ngāi Tahu expectations of governance when it comes to resource management. 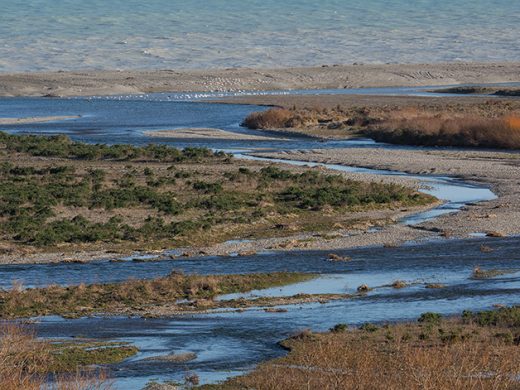 Iwi have been fighting to be heard in water management matters since the Resource Management Act came into being in 1991, while concurrently seeking resolution of iwi rights and interests in freshwater. This situation has improved, with the Land and Water Forum, nvolving all stakeholders, challenging the Government to work with iwi to determine how that might be achieved. Iwi believe that the progress and resolution of these issues is not only of importance to iwi, but of benefit to all New Zealanders. This is a positive indication that these important stakeholders support the iwi position that there are wrongs to be righted. It also shows that they understand that management and regulation of freshwater as a commercial resource will be inherently uncertain until iwi rights and interests in freshwater are resolved, and that such uncertainty makes it difficult for these stakeholders to confidently make economic investments that rely on access to water.

For many, the concept of Māori being true to their duty as kaitiaki, while using water for commercial purposes like irrigation, seems something of a contradiction in terms, but Ngāi Tahu do not see cultural practice and commerce as separate. Just as the harvest of local resources for mahinga kai for sustenance is an important expression of culture and tradition, it has always been a source of acquiring goods to trade as well. Ngāi Tahu are seeking a framework that allows iwi to participate, and the continued development of underutilised land supporting whānau and communities. However, that framework needs to be equitable and sustainable. Mō tātou, ā, mō kā uri ā muri ake nei – a whakataukī that drives Te Rūnanga o Ngāi Tahu to seek solutions and pathways that ensure that the generations to come will enjoy all of the benefits of our freshwater taonga in the same way we do now, if not more.

To this end iwi worked hard towards having the June 2015 report Te Mana o te Wai included in the National Policy Statement for Freshwater Management. Described as “an overarching korowai for environmental management”, this set of principles provides iwi and councils with increased visibility of the value and role of mātauranga in providing a more complete picture of the state of our takiwā and the adoption of the National Objectives Framework. Te Mana o te Wai speaks to the aspirations of many Kiwis who want clean, bountiful rivers and lakes for the generations to come. It recognises that the mauri, mana, and health of each body of water should be the primary consideration before looking at using it for other purposes. That means setting minimum limits that ensure that there is enough water in the river to sustain the ecosystems that rely on it, only then allowing water to be extracted to satisfy external requirements. This is something everybody in Aotearoa can identify with – it is not an exclusively Māori aspiration. A river that sustains the mahinga kai practitioner also sustains fishing, and people from all walks of life aspire to rivers and lakes clean enough to swim in now, and in the future. The activation of a dormant consent on a river already under massive stress is exactly the type of decision Te Mana o Te Wai seeks to guide councils away from, to change the focus from commercial benefit to the environmental integrity of the wai.

It is not merely a coincidence that many Ngāi Tahu marae can be found close to significant water bodies, and that we mihi to our awa when we introduce ourselves. The connection endures, despite manawhenua being denied a part in the management and destiny of those taonga for a long time. Te Mana o te Wai is an example of iwi demonstrating kaitiakitanga at a national level, but for many Ngāi Tahu, true kaitiakitanga is local mana whenua having a presence when decisions about water in their rohe are made. The gains made by iwi nationally are an important layer in this complex journey, but hapū also need the tools to demonstrate their mana in their tūrangawaewae, as well as bring their mātauranga to the table when discussing unique aspects of the water bodies they have had intergenerational relationships with. From a Ngāi Tahu perspective, a catchment-by-catchment approach to addressing water issues allows local knowledge to drive local solutions. The ability to play an active role in the management of wai is an important step forward for Ngāi Tahu gaining decision-making roles to deliver meaningful outcomes for whānau, and ensure that Ngāi Tahu values are integrated into policy and approach.

At the time of the Ngāi Tahu Claim Settlement, faith was placed in a new co-operative approach to resource management, one that would ensure that what was valued by Ngāi Tahu would be protected for ongoing use by mana whenua, in contrast to over 140 years of poor practice. In 2009 came the Canterbury Water Management Strategy (CWMS), a collaborative process which uses dialogue to talk through issues and find solutions as a cornerstone to delivering for a more integrated approach to freshwater management. The CWMS divides Canterbury into 10 zones. Each zone has its own committee that produces its own Zone Implementation Plan. Ngāi Tahu was involved with the development of the CWMS process, and one committee member on each Zone committee was to be a Papatipu Rūnanga representative. Refinements have been made to this process over the last couple of years to include greater Papatipu Rūnanga representation.

One of the greatest challenges will be clarifying and enhancing the role of iwi and hapū in decision-making processes under both a Treaty and a collaborative planning framework, so iwi and councils need to keep working together as partners and joint sponsors of those processes. They are not yet the finished article, but can evolve to uphold the Treaty, protect the environment, facilitate sustainable growth and development, and create fair opportunity for all by implementing the outcomes reached through consensus.

There is still a significant journey ahead, but progress will be made through strong relationships and a clear vision for what Māori want to achieve, and the best way to go about it. Just as the situation in Ashburton demonstrates where work still needs to be done, there remains evidence that collaboration and innovation are important change agents when delivered well. Ngāi Tahu engaged extensively with the Ashburton District Council in the months following the announcement of the sale, and were pleased when the sale was abandoned on July 11. It is hoped that from these adversarial circumstances a more collaborative relationship will be built between the Ashburton District Council and Ngāi Tahu – a relationship that will promote prosperity in the region, while ensuring the health and mana of the Hakatere and other rivers is improved and respected.