Jade Hohaia has spent a career discovering the power of words and the power of dreams. Now she’s harnessing that power to change the lives of youth. 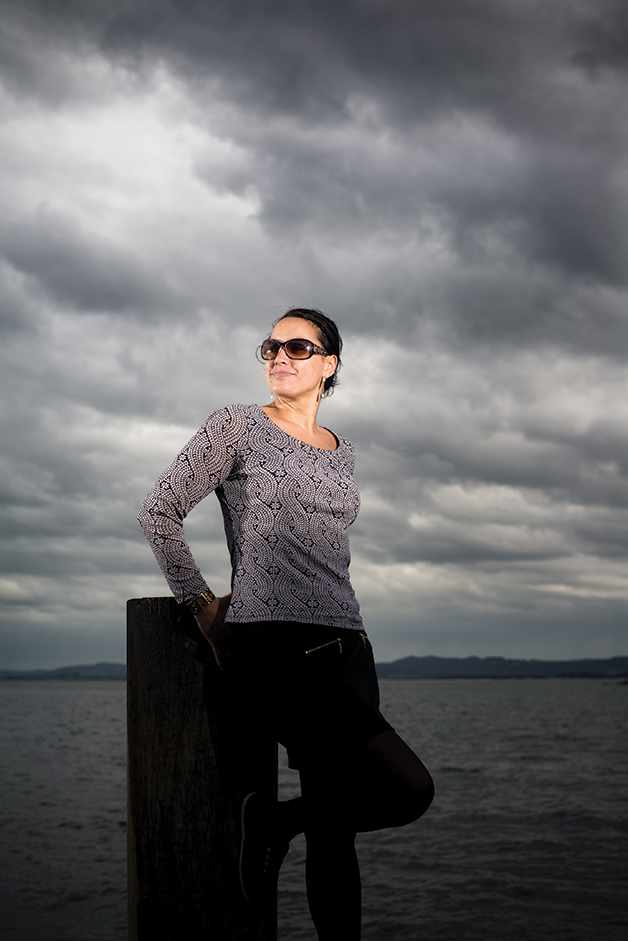 When she met him he had a reputation as a young criminal kingpin. By the time Jade Hohaia (Ngāi Tahu, Ngāti Raukawa) had finished speaking, he was something else.

“I worked at the Christchurch youth unit with 30-odd of the baddest kids in Christchurch and the majority of them were Māori,” Jade says.

“I was talking about the power of words and the power of inspiring people, the power of being a cheerleader. I had 12 boys, they’re your 18-year-old serial rapists, these kids have done hard-out stuff. I said, ‘Hands up if you’ve ever been told that you’re good for nothing, that you’re useless, you’re stupid, you’ll be in prison by the time you’re 19,’ all these negative words. Every single kid put his hand up. The kingpin in the youth unit was this young boy; he was only 17, beautiful, beautiful soul, and he just started crying in front of all the boys. They were like ‘Whoa, what’s this fulla crying for?’”

“He said, ‘Jade I can tell you the very day, the time and the year that my teacher told me I’d be in prison by the time I was 17.’ He started crying because she was right. It was like this self-fulfilling prophecy. “I apologised to him. He said, ‘Why are you apologising?’ ‘Because she had no right to say what she said to you.’”

Jade’s father worked for 28 years at Christchurch Men’s Prison, and he saw several generations of men coming through from the same families. She says that unless someone breaks the cycle, it will continue.

Her journey has been a meandering one, but at the heart of it has been a concern for youth and children. After living in Columbia for 15 months and working in orphanages there, she got a taste for social justice. She came back to New Zealand and studied social work and psychology at the University of Canterbury before working in social work with youth, including a two-year stint working with refugee children in London. She also served as Māori liaison officer at the University of Canterbury. The range of her work has made her look a little harder at what is going on when she encounters youth who are in difficult circumstances.

“You can say ‘Teach a man to fish,’ but the fish might be toxic. Who polluted the pond? It’s about going back a bit further.”

One thing she found in all of it was that young people need a vision for the future.

“I think the most common thing is that young people all have dreams. Whether you’re a young person living in Christchurch or a young kid coming from Sierra Leone, all of these kids still have dreams. One of the biggest things is helping to facilitate those dreams. I don’t think kids have their sights set on what job (they’re) going to do. They want dreams, they want to live life to the fullest. I think in all of it, they’ve got dreams but they don’t necessarily have the key role models in their lives to be able to encourage them, to be their cheerleaders and say, ‘I believe in you, go for it.’”

This belief has seen her launch her own business, working alongside the government to uplift the youth of a whole town. She had to go through her own trials to get there though.

In the Christchurch earthquake her mother was nearly killed when the Victorian building in Armagh Street that her bed and breakfast business was based in collapsed. When the earthquake hit, Jade’s mother tried to get out the front door but it was jammed. It was only when the wall gave way that it popped open, spitting her out onto the pavement as the building was reduced to a pile of rubble behind her. Jade was at home in St Albans and was thrown down a flight of stairs, smashing her tailbone. But her immediate concern was her mother.

“I must have been the only one running towards the city. I came around the corner of Armagh Street and I saw an ambulance outside and they were already putting people in. It was right outside our bed and breakfast. I was just screaming, I was hysterical – ‘Don’t let it be Mum.’ I was whipping around trying to find her. She was barefoot sitting in a pile of liquefaction, a pile of mud, just crying. Man, it was like a movie. It was so dreadful. But we’re so happy she’s alive.”

The psychological toll the quake aftermath was taking on the family led her to decide to get out. Her father is Ngāti Raukawa, so she moved to the North Island. She was initially based in Tokoroa, and has now bought a house in Hamilton. She moved her parents up to stay with her.

Another reason she moved to the Waikato was to work for the government in a scheme called the Social Sector Trials. The Trials have a pot of $10 million, of which $3 million is from the government, and is initially being targeted at six towns, including Tokoroa. Seven ministers including those for Justice, Health, and Education are involved, and the aim of the scheme is to find what will help the youth of these towns flourish and grow.

“You give these young kids an opportunity to engage in what they love, and they’ll leave the haututū antisocial behaviour at the door.”
Jade Hohaia

Rather than have every ministry acting in isolation, the trial appoints one person to work out what the town’s youth need, and gives them the resources to get it done. Not only that, the appointed person has access to the ministers to let them know what needs to be done and what works.

Jade discovered that in Tokoroa, the youth had a huge creative talent that was not finding an outlet. Within two months she had set up a creative hub with seven rooms including a recording studio, homework rooms, and other facilities. She also worked with Te Wānanga o Aotearoa to set up a curriculum based around music and media. But mostly it’s about putting role models and ideas in front of young people.

“The Youth Court rangatahi appearances dropped by 87 per cent. Youth crime took a massive dip. It’s not rocket science. You give these young kids an opportunity to engage in what they love, and they’ll leave the haututū antisocial behaviour at the door.”

In recognition of the results she was getting, she was asked by then Associate Minister of Justice Chester Borrows to chair the new Youth Crime Action Plan Advisory Group. 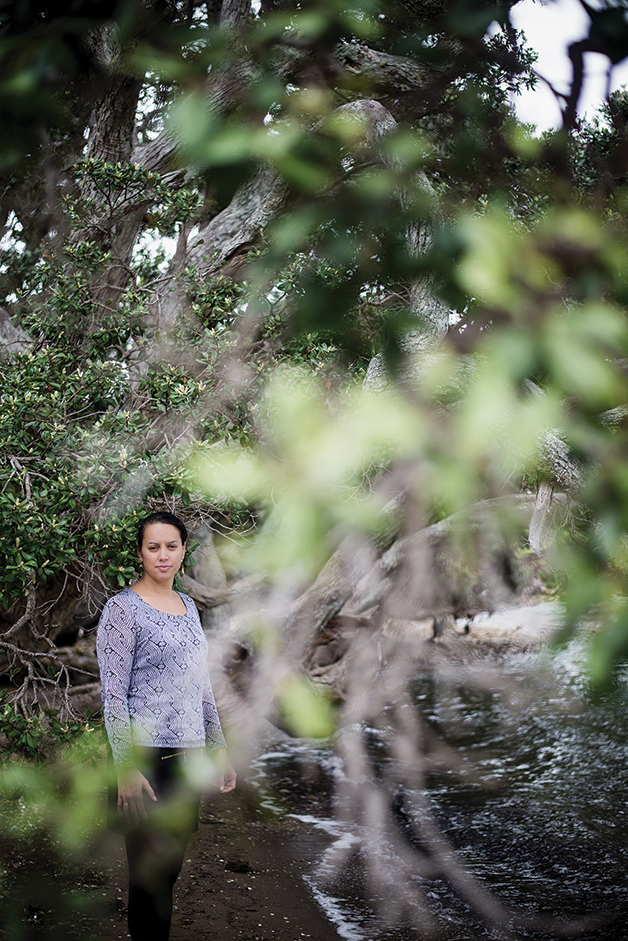 She says the simple idea of believing in kids and encouraging them has massive results. When she was working as the Māori Liaison Officer at the University of Canterbury, she was often astounded at how unusual it was for the youth she was encountering to hear anything positive about themselves.

“One of the biggest things is our kids not having cheerleaders – access to people who can speak the opposite of what the world is saying to them.

“(At the) university I was able to go around the country and encourage our kids to dream. It still amazes me that kids say, ‘You’re the only one that says this stuff. No-one else I know says my dreams are possible.’

“Our tīpuna used to be dreamers. They used to be able to envisage the future and chase it.”

In the course of her work, Jade came across the increasingly popular TED talks – short talks of around 18 minutes that are based around the theme of “ideas worth sharing”.

When Jade researched them, she found that of the thousands available, very few were addressing indigenous concerns. Not happy with that situation, she decided to change it. She launched INDIGI talks with a conference of eight speakers – one Tongan, one Samoan, one Tokelauan, and five Māori – speaking about issues concerning youth. The conference was attended by a cross section of professionals involved with youth. Jade intends to take the event to other cities across New Zealand and overseas, and also to launch video versions of the talks.

“INDIGI talks are just positive sharing of hope and inspiration for indigenous audiences. It’s not just for New Zealand, but throughout the South Pacific and then we want to go over to Hawaii, Norway with the Sami people, Inuit in Alaska, Canada, and America.

“It’s about creating a platform, creating a space where positive people who are great communicators of hope can speak into the hearts of our kids and communities.

“Our kids don’t hear it enough.”