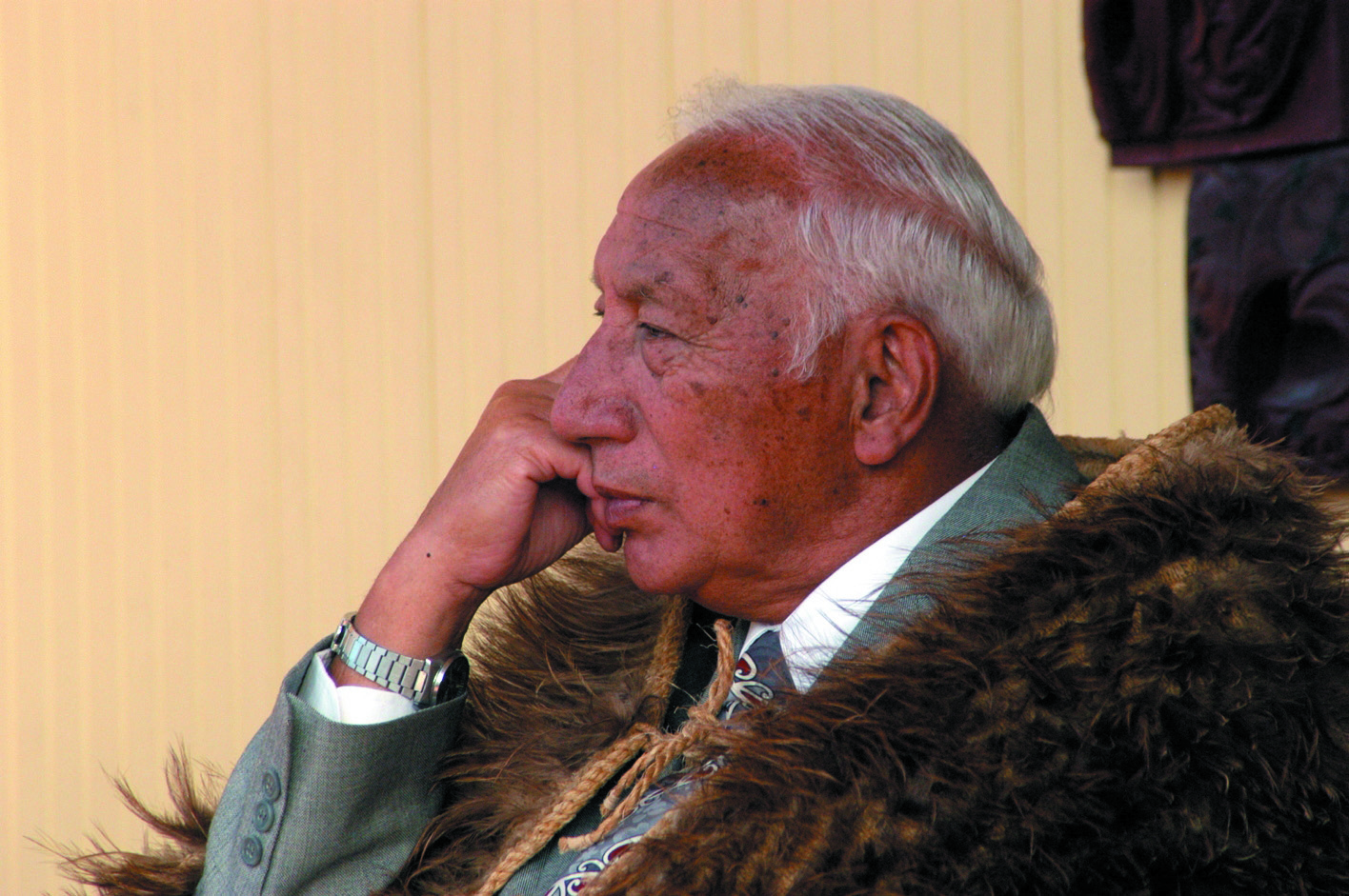 It is with a heavy heart that I acknowledge the passing of Kukupa Harakore Tirikatene (Ngāi Tahu, Kāti Māmoe, Waitaha, Ngāti Pahauwera, Ngāti Toa Rangatira) on Sunday evening.

Uncle Kukupa (ONZM) was a gracious and humble man who contributed not only to Ngāi Tahu, but all Māoridom and much further afield though his services to community.

Born at Rātana Pā, Whanganui, Uncle Kukupa was the eighth of 12 children born to Sir Eruera and Lady Ruti Matekino Tirikatene. Brother of the late Whetu Tirikatene-Sullivan, long serving Labour MP, he was raised in Wairoa by his ‘nan’.

Uncle Kukupa was a first language te reo speaker and a passionate teacher of te reo, Māori history and tikanga. His career stretched more than 40 years, graduating from Christchurch Teachers College in 1975 before taking up a position teaching te reo Māori at Rosehill College in Papakura the following year.

In 1993 he took up a teaching position at the Manukau Institute of Technology, in South Auckland, to continue passing on his language and tikanga and would later take on the role of kaumātua for the institute. From 2008 to 2012 Uncle Kukupa represented Ngāi Tahu on the paepae at Te Papa Tongarewa, the National Museum of New Zealand, for the duration of the Mō Tātou Exhibition.

He was a staunch supporter of Kotahi Mano Kāika (KMK) and the efforts of Ngāi Tahu to revitalise te reo Māori within its communities. He was also a member of the KMK Kahui Kaumātua and regularly attended Kura Reo Kāi Tahu to facilitate tikanga workshops.
In 2009 he received a Tā Kingi Ihaka award from Creative NZ in recognition of a lifetime contribution to the development and retention of Māori arts and culture. In 2015 he was appointed an officer of the New Zealand Order of Merit (ONZM) for services to Māori and education.

Always close to his heart were the whānau of Ngāi Tahu ki Tāmaki Makaurau; he was a founding member of the taurahere group and their kaumātua for very many years, giving freely of his time to support whānau living outside Te Waipounamu. He also spent a number of years in the role of cultural advisor within Te Rūnanga o Ngāi Tahu.

Our thoughts are with his wife Heather and their whānau at this time.

Uncle Kukupa will be at his home before being taken on to Ngā Kete Wānanga Marae at the Manukau Institute of Technology (MIT) tomorrow (Wednesday) at 4pm.

Messages can be sent to:
34 Moss Crescent
Takanini 2112
Auckland

The service will take place at MIT on Saturday, 3 February at 11am.