Joe Moody wasn’t expecting to play in the Rugby World Cup after he was left out of the initial squad.
Kaituhi Mark Revington reports. 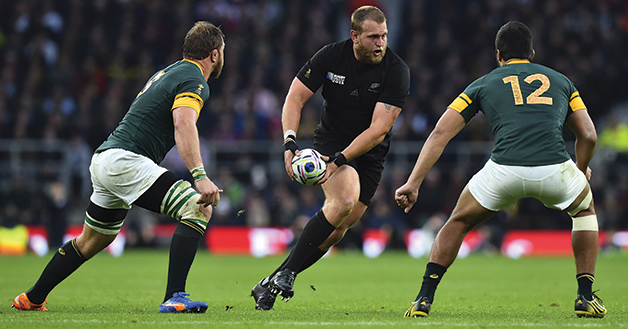 The call-up came as a surprise. Prop Joe Moody had been for a walk-through and some line-out drills with his Canterbury team. They had finished a pre-match dinner and he was about head to the stadium for the game in Christchurch against Southland. “I got the phone call from Razor (Scott Robertson), the Canterbury coach. He said, ‘Oh you’re not playing today… they need you on the next flight over there to cover for Woody (Tony Woodcock)’, and that was that.

“To be real honest with you, I wasn’t too pumped about it at first. I was going from here playing week in, week out and we were about to play in the finals to go over there, and I thought I was just going to be a bag holder, not be part of the 23.

“It’s always awesome to be a part of the All Blacks environment whether you’re part of the 23 or not, but it’s ten times better when you’re playing and not there just to hold pads and be a human tackle bag at training or whatever.”

Joe headed to England and played in the quarter final, semi-final and final of the Rugby World Cup, and ended up at Twickenham with a cup winner’s medal.

The rest, as they say, is history. Joe headed to England, played in the quarter-final, semi-final and final of the Rugby World Cup, and ended up at Twickenham with a cup winner’s medal.

Moody broke a leg in the NPC final in 2013 when he was due to tour with the All Blacks, but made it into the team last year when he played eight tests, the first against Australia in Sydney in the opening Bledisloe Cup match.

Not bad for a Tuahiwi boy who grew up mainly playing league and learning to wrestle. For Joe Moody, home was the big family farm between Woodend and Kaiapoi. His dad still farms there and works as a contractor. His mum Mary Jane is a Pitama.

Joe and his partner Emma still go there most weekends. “We always get out in the weekend to see Mum and Dad and Nana, and Nana always does a big feed for us,” he says.

Emma and his mum and dad had all booked tickets to the Rugby World Cup, only to cash them in when Joe didn’t make the initial squad. They scrambled when he was called in and named to start in the final, and Emma and his dad and Uncle Ross from Melbourne, his mum’s brother, were at the final to watch him.

It turns out that Joe did play a bit of rugby before high school, for Woodend. His primary school years were spent at Tuahiwi School. “I have fond memories of that school. It was like going to school with your family. Everyone there was your cousin. My three sisters went there. My mum went there.

“My tāua, Noelene Pitama, lived right next door to the school, and I used to walk across the paddock to her house after school and play cards. We were really close. I would hang out with her most days after school. We’d play card games like Snap and Go Fish. She taught me how to cheat by looking at the reflection in people’s glasses.” 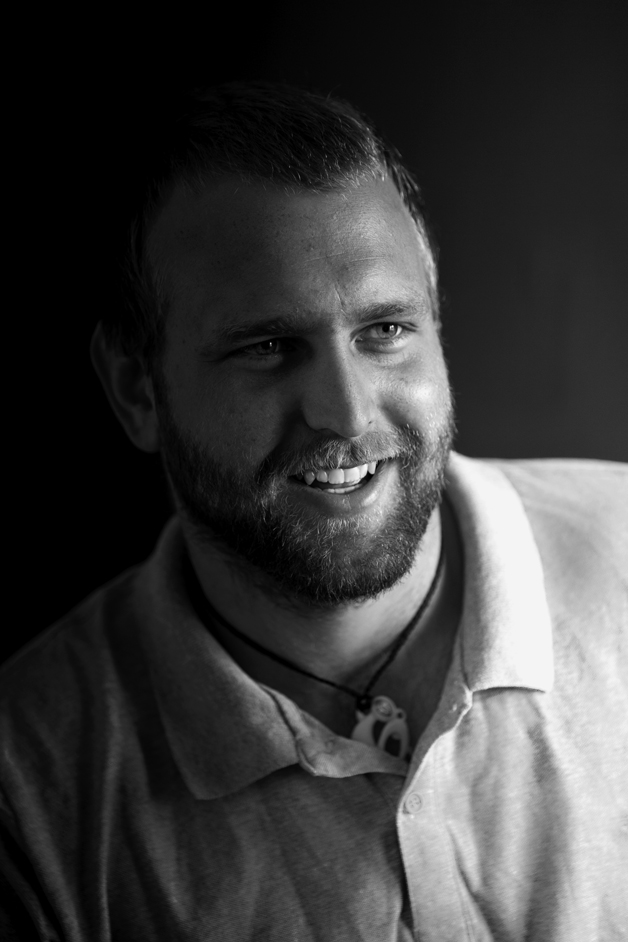 Most of his childhood was spent over at the pā, he says, playing in the mattress room, and watching out for Aunty Pat. “I always remember Aunty Pat. She was one of Tāua’s closest friends.”

He thought he would go to Rangiora High School with his mates, but his parents had other ideas and enrolled him as a day boy at Christ’s College. It was a shock.

“I think mum and dad thought that I might get into too much trouble if I went to Rangiora with all my mates. I’d never heard of Christ’s College, I didn’t know anyone and I went kicking and screaming.”

At Christ’s College he learned to play rugby. Joe played number eight through secondary school. He reckons he has always been one of the bigger players in his age groups, but by the time he was in the 7th form or what is now Year 13, he’d undergone a significant growth spurt and was 6’3”.

And he wrestled, placing in the Junior Commonwealth Games and competing at the Junior World Games, where he was knocked out of the tournament by the wrestler who eventually finished third.

After high school he headed to Lincoln University to study agriculture. His first year was a party year, he says, and he wasted a scholarship he had won through wrestling. “I didn’t really appreciate it and didn’t turn up to classes. I failed everything that year. Then at the end of the year I thought, ‘Right, I’m an adult now’, went back the next year and had to pay for it all myself, but passed everything except for one computing paper.”

It took him two-and-a-half years to complete a Diploma of Agriculture, which normally takes one year. But during that time he was working on his rugby, as a member of the Canterbury Rugby Academy. On finishing his diploma, he went to work for a mate’s dad.

“I worked for Nigel Odering bagging up compost and got my truck driver’s licence. Nigel used to let me finish early so I could get to training on time.”

The Academy gave him an ultimatum, says Joe. Play prop and there was a place in the Academy for him. He thought about it for a couple of days and then agreed.

Joe remembers that unlucky break in 2013. It was Canterbury against Wellington in the ITM Cup final and he broke his leg in two places. He was completely gutted, he says. The All Blacks left without him on a tour of Japan, France, England, and Ireland.

Then came the eight tests in 2014, and one news story which predicted he would become a jewel in the All Black pack. He tries not to pay too much attention to what others may say, he says. But being told that he wasn’t fit enough for the initial World Cup squad, he made sure he did extra training over and above the Canterbury training.
He says it stood him in good stead when he did get to Britain and found himself starting in the final as Wyatt Crockett was ruled out with injury.

Playing in that final against Australia at Twickenham in front of 80,000 spectators and being met by the roar as he ran onto the field was an awesome experience, he says.

“When I first ran out, I looked around and tried to soak it up but after that… I would probably be too nervous if I focused on the crowd and the occasion, so I focused on what I was doing.”

Now back in Christchurch, he reckons the recognition factor has gone up a little, a not-so-welcome result of that World Cup winners’ medal. “I prefer being under the radar,” he says. “Normally no one knows who I am and I enjoy that.”