Alienation of Māori from the whenua that is our tūrangawaewae is not a new concept.
Kaituhi Chris Brankin reports. 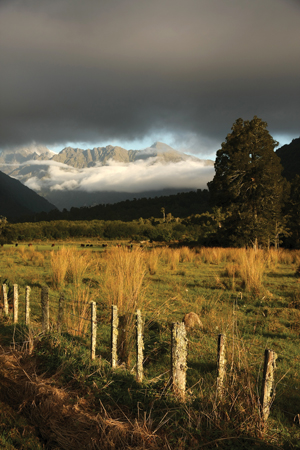 In the years since the Treaty of Waitangi, land that has remained or has returned to Māori ownership has been guarded and used as a place to endure, sustain whānau, and continue the traditions of our tīpuna. In the last 150 years around 200 laws and amendments that impact on the management of Māori land have been enacted. Whānau have had to navigate this ever-changing environment over that period.

In 1993 new legislation, Te Ture Whenua Māori Act, was passed in an attempt to address the issues caused by the fragmentation of Māori land ownership and the loss of land that occurred with it. The Act expanded the powers of the Māori Land Court to hear cases on all matters related to Māori land, as well as referring to the principles of the Treaty of Waitangi.

The Act has been reviewed several times, and each time Māori pushed for changes that would give them greater autonomy as land owners and the ability to use land to generate positive outcomes for their whānau.

Māori land makes up approximately five per cent of Aotearoa. While most of it is concentrated in the top half of the North Island, there are 2321 Māori freehold land titles in Te Waipounamu, covering just over 65,950 hectares. National studies and statistics show that Māori land doesn’t deliver full economic potential to owners. One purpose of these reforms has been to try to remove these barriers.

In 2012, an independent panel reviewed Māori land law and administration. A number of recommendations were made to the government, and were accepted the following year.

The recommendations were discussed with whānau nationwide during formal consultation in 2014. Ironically, the Crown’s rhetoric and whakaaro for instigating reform is almost identical to when the 1993 Act was introduced. Following this consultation process, the government released a draft of the reform legislation, called Te Ture Whenua Māori Bill, to try to finally address the issues associated with management of Māori land (it is now common for new legislation to have the same name as its predecessor). This was followed by a round of 23 consultation hui in June this year, to review the draft Bill prior to its introduction. The purpose of this reform is to give more freedom to owners to make decisions about the management, development, and use of their land, with less red tape complicating matters.

As part of the reform, a new entity will be created to streamline processes. The Māori Land Service will form a point of contact to deliver administrative and advisory services provided by Land Information New Zealand and Te Puni Kōkiri to whānau. Some of the roles of the Māori Land Service are outlined below. However, at this stage information relating to the actual implementation of the services offered has been minimal.

The Bill would create three categories of governance for Māori land:

Rangatōpū is a new category that covers existing types of legal entities such as private trusts. Māori land owners could become a body corporate by registering as a Rangatōpū, meaning owners could gain separate legal personality for their entity by registering. However, the Bill does not state whether it will take precedence over the Companies Act, and there have been examples of owners falling foul of the implications of this distinction before. There is a possibility the transitional costs associated with this change may fall on owners, and there is no indication as to whether there will be resources available to assist whānau as they undertake the transition.

The proposed Bill aims to simplify transferral of Māori land, through sales, leases, exchanges, and the like. The role of the Māori Land Court would change from judging whether a transaction should occur, to simply ensuring that transactions adhere to process and are conducted lawfully. Certainly a less paternalistic approach.

Currently, succession occurs when an owner passes away and their interests go to their whānau, or whoever is entitled to succeed them. For this to happen, the Māori Land Court must issue an order transferring those interests to the successors, even if there is a legitimate will. The Bill aims to make succession in that circumstance more straightforward by making it an administrative process through the Māori Land Service, which will receive applications and then amend the Māori Land Register to reflect succession.

The management of cases where no will exists is given considerable attention in the Bill. If an owner dies without a will, a whānau trust is automatically created, with descendants as the primary beneficiaries. If a deceased owner has no descendants, the Bill outlines the priority which allows wider whānau to benefit. An application to the Māori Land Service must be lodged by them for registration to proceed. This will involve the publication of the application details. If no objections are raised, then the succession can be registered.

Presumably the rationale behind this significant change in process is that many Māori pass away without a will or any other estate planning. However, many feel it is at odds with the principle of increasing autonomy, as it automatically binds whānau to a specific management approach. The termination of such trusts would be more difficult should the Bill be passed into law.

Nationally there are just over two and a half million owners in Māori land blocks, with the average across all blocks being 96 owners per block. Inevitably there will be disputes among owners regarding the management of interests and of the land itself. The Bill seeks to establish a process that resolves disputes outside the Māori Land Court. The idea is to bypass the expense and complexity of a judicial process, and attempt to find resolution in accordance with tikanga and mediation. This new process will cover claims to ownership or interest, relative interests of owners, claims involving sums of more than $100,000, determining membership of preferred class, whether land is held in fiduciary capacity, allegations of breach of duty by governors, and changes to the management structure of the land.

The Māori Land Service will appoint an impartial kaitakawaenga with appropriate knowledge of tikanga to assist with resolution. Agreements reached through this process are final. In cases where resolution is not found, the issues will be referred to further dispute resolution or the Māori Land Court. The intent of this reform is positive, and if effective will allow whānau to avoid the expense and time it takes to enter the judicial system. However, in many ways the success of the process relies on the appointment of kaitakawaenga that have knowledge of appropriate tikanga, as well as sufficient expertise to understand and correctly address the legalities of the issue they are assisting with.

There some shortcomings in the draft Te Ture Whenua Māori Bill that have particular relevance to Ngāi Tahu whānui and Māori land in Te Waipounamu. Land originating from the South Island Landless Natives Act 1906 (SILNA) is vested in the owners, and already operating as an incorporation or trust will fall into the rangatōpū category, and the committee becomes the governing body. Essentially this means nothing changes in these circumstances, and the issues that constrain the ability to utilise the economic and cultural value of those sites remain unaddressed. These include geographic location, geological limitations, and restrictions and red tape due to legislation and local government planning. Therefore, many feel this Bill in its current form will be insufficient to help owners of SILNA blocks move forward.

The Tītī Islands are an example of Māori land used and managed within a unique framework of regulation and tikanga. Succession of rights on the Tītī Islands can vary, such as the approach to whāngai. The automatic creation of a whānau trust when a beneficial owner passes away without a will is problematic, as it does not allow flexibility for whānau to create a trust based on the tikanga of their island. The Tītī Islands and the tradition and expression of culture practised on them are taonga, and there are concerns that the Bill does not reflect and protect the specific issues associated with the Tītī Islands.

Under the wider legislative framework are a number of other barriers to Māori maximising the economic returns from their land. Examples include land zoned rural by local government, limiting the ability to develop, and requiring the expense of the resource consent process to do so. Owners also struggle to raise finance for development, because banks are wary to lend on land with multiple ownership. The new governance structures proposed by the Bill are touted as remedies for issues such as these, but many consider they do not go far enough towards achieving that objective.

While the intention of this reform is welcome, the goal of unlocking the economic potential of Māori land will fall short in the Ngāi Tahu takiwā. In order for whānau to achieve this in Te Waipounamu, reforms will need to be broader to better address the restraints facing owners of land with a unique set of issues and circumstances.