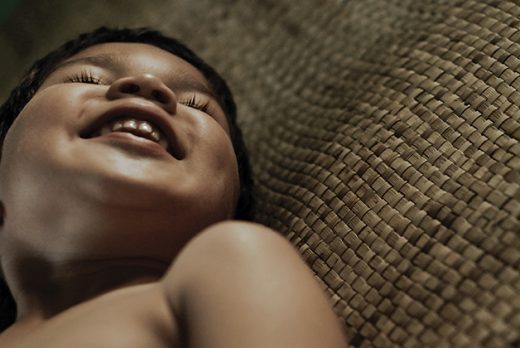 Te Rūnanga o Ngāi Tahu espouses the tribal philosophy: “Mō tātou, ā, mō kā uri ā muri ake nei – for us and our children after us”, to ensure that we protect the interests of future generations as well as our own. This whakataukī also emphasises our duty of care towards the children that we have amongst us already. Our tamariki are the promise of our future, which is why the issue of child care and protection is of utmost importance to the iwi.

Recently, there have been a number of changes in this area, including the appointment of Judge Andrew Becroft to the role of Children’s Commissioner, and the decision to replace Child, Youth and Family Services (CYFS) with a new agency called Oranga Tamariki (also known as the Ministry for Vulnerable Children). In addition to this, at the recent Iwi Chairs Forum in early August, iwi leaders from around the country were the first to sign the Children’s Covenant, which commits to protecting children from violence, abuse, and neglect. These events offer a unique opportunity to reflect on what changes can be made to the way we handle this issue, both at a governmental and iwi level.

It is no secret that we can improve in this area, particularly given the horrific national statistics of the number of children who are exposed to unsafe living situations. In many cases, these same children go on to form part of the equally shocking statistics around the number of young offenders appearing before the Youth Court. Unfortunately, Māori are disproportionately represented in both groups. Around 60% of children in the care and protection system and about 64% of those who appear in Youth Court are Māori. This raises two key questions: why are these outcomes so prevalent amongst our tamariki, and what can we do to resolve the problem?

Nathan Mikaere-Wallis (Ngāi Tahu, Tainui), child counsellor and neuroscience expert, says that one of the first steps is to clear up the common misconception that Māori feature so highly in these statistics because of any inherent characteristics. “We need to make the distinction that there is nothing innately violent or dysfunctional about being Māori, any more than any other ethnicity in the world. In New Zealand, Māori are simply more likely to be caught in a cycle of intergenerational poverty.”

Judge Andrew Becroft agrees, stating that there are pockets of a third-generation underclass scattered throughout Aotearoa. Within these groups are micro-communities in which serious drug use, family violence, educational disengagement, and unsupported teenage pregnancies are prevalent, all of which contribute to the cycle of poverty. “I want to be careful, because many equally disadvantaged families provide loving, secure, stable environments for their children,” Judge Becroft says. “But there is a greater risk. People in those areas are under high stress, and they’re disadvantaged. The reality is that a disproportionate number of abuse or neglect cases come from those groups.”

“If you want to stop family violence, it’s got to be about supporting the whānau, and the major way to do that is by valuing [the] first thousand days. I’d like us to follow the example of countries with really low rates, and what they’re doing is investing in the early years.”
Nathan Mikaere-Wallis (Ngāi Tahu, Tainui) Child counsellor and neuroscience expert

Judge Becroft is very familiar with this sad fact as a result of his years serving as a Youth Court Judge, and sees his new role as a chance to turn the tide.

“While I found my previous role challenging and absorbing, it seemed to me that there were more strategic gains to be achieved by helping to change systems and structures. I wanted to be more preventative instead of being the ambulance at the bottom of the cliff.”

According to Mikaere-Wallis, preventative measures that protect children in their early years have the greatest efficacy. This is based on research that suggests that crucial brain development takes place in the first thousand days of life, from conception until the age of about two-and-a-half years.

“We used to think that if your parents were intelligent, then you would be too. Now we’ve learned that the biggest driver for brain development is the data you gather in those first thousand days,” Mikaere-Wallis says.

Mikaere-Wallis describes the relationship between the amygdala and the frontal cortex by saying, “You can think of them as being on a set of scales. When one’s engaged, the other’s not. Someone who has been exercising their amygdala would have a reduced frontal cortex capacity.”

This means that children who are abused or neglected in the first two-and-a-half years of their lives are more likely to have bad outcomes, which is why Nathan is hoping that New Zealand will become more research-based in our approach.

“If you want to stop family violence, it’s got to be about supporting the whānau, and the major way to do that is by valuing those first thousand days. I’d like us to follow the example of countries with really low rates, and what they’re doing is investing in the early years.”

Judge Becroft intends to address the problem of protection during the early years, as well as the disproportionate representation of Māori in family violence and youth offending statistics, with his three key priorities. These are:

1. Constructive input into the “Investing In Children” work, and the re-design of the prevention, intervention, and care system for our most vulnerable children
2. Influencing the decision to include 17-year-olds in the youth justice system
3. Achieving better outcomes for tamariki Māori by promoting better engagement and partnership with whānau, hapū, and iwi.

The first priority is already underway. In August, Social Development Minister Anne Tolley announced that as of April 2017, a new agency named the Ministry for Vulnerable Children – Oranga Tamariki – would be introduced. While Judge Becroft is encouraged by the aspirations of this agency, he has been vocal in his disapproval of its name.

“I think it is terribly disappointing and disillusioning for those working in the sector, and more importantly for those families and children who most need help. The te reo name, Oranga Tamariki, is a better name and everyone in this office is using that.” For the Commissioner, the idea of promoting oranga, or wellbeing, for our tamariki is more positive and consistent with the needs of the agency.

Judge Becroft’s third, and perhaps most significant priority, is about achieving better outcomes for tamariki Māori. “If someone arrived from Mars and saw the numbers and populations in our youth courts and care and protection agencies, they would design our system to target Māori,” he says. “What we have now is a Pākehā system with Māori add-ons, but we need to turn that upside down.”

“Whānau, hapū, and iwi have been embedded in care and protection and youth justice legislation for over 25 years, if we only take a better look … We need to build iwi capacity so they can actively implement exactly what the Act allows.”
Judge Andrew Becroft Children’s Commissioner 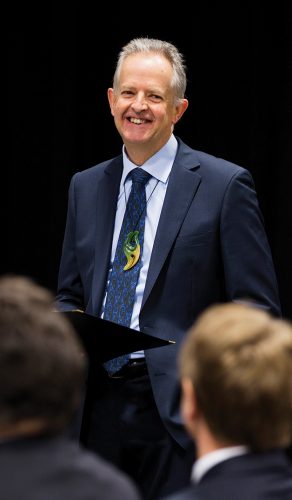 Judge Becroft recognises the unique role that whānau, hapū, and iwi can play in the development and implementation of such a system. In fact, he says, “whānau, hapū, and iwi have been embedded in care and protection and youth justice legislation for over 25 years, if we only take a better look.” Indeed, the phrase “whānau, hapū, and iwi” is mentioned no less than 26 times in the Children, Young Persons, and Their Families Act 1989. Judge Becroft says these are revolutionary principles which designate that whānau and hapū should be central to the decision-making process around tamariki Māori who need care and protection. For some reason these provisions have not been implemented properly over the last 25 years, but Judge Becroft is committed to ensuring that they become an integral part of the framework for the new agency, Oranga Tamariki. “We need to build iwi capacity so they can actively implement exactly what the Act allows,” he says.

This commitment to empowering whānau, hapū, and iwi is exactly what Ōtākou Rūnanga Chair Donna Matahaere-Atariki has been advocating. She is involved in E Tū Whānau, an organisation that supports whānau to combat domestic violence. In Donna’s experience, real progress in this area can only be made at the community level.

“Change needs to be led by those who it is intended for. Government and iwi need to be able to resource the communities to support their whānau.”

One strategy that has already been embraced by a number of rūnanga is the concept of a violence-free marae. Donna says that this means anyone who is known to be violent within their whānau is no longer allowed to stand on the paepae at their marae. “It’s about recognising that this person needs our support to better themselves, but in the meantime we don’t want them representing us.”

She has high hopes that the changes at the government level will result in whānau and hapū being able to take greater responsibility for their own, both because it is the most effective way of handling family violence, and because “part of having more responsibility makes whānau more accountable, and I do think they need that within their communities.

“I’m pragmatic enough to know that government works really slowly, but I’m hoping that’s what the change will achieve.”

Judge Becroft also acknowledges that there is a long road ahead, but he’s optimistic. “We’re going to need a radical change in mindset from the government agencies, and maybe from iwi too. But I sense that iwi are up for it.”

He says he felt encouraged when he attended the recent Iwi Chairs Forum and witnessed the signing of the Children’s Covenant. “I thought it was very positive. It was a New Zealand contextualisation of the United Nations Convention on the Rights of the Child that was signed in 1992. I think it makes some very clear statements about the responsibilities and obligations to look after children as gifts, as treasures, and to draw a line in the sand about what sort of behaviour simply cannot be tolerated in terms of violence, abuse, and neglect.”

Te Rūnanga o Ngāi Tahu deputy kaiwhakahaere Lisa Tumahai, who is also the formal governance lead on Oranga and Education, says the covenant is just a start. “In reality, what does it mean, and what are the iwi committing to? What are they tangibly going to demonstrate that they are doing as a response to signing?” It is her belief that Te Rūnanga o Ngāi Tahu has a duty to uphold the aspirations of Ngāi Tahu 2025, the tribal vision document that expresses the aspirations for our development.

In keeping with the concept of Oranga Tamariki, Tumahai suggests that the iwi should be focussing on preventative measures that promote whānau well-being and prosperity. “If we continue to drive forward and focus on our ideas around housing, education, and tribal economic strategies, we will increase well-being. These social determinants will lead to better outcomes.”

An increased awareness of the issues and commitment for positive change, as well as a true partnership between government and iwi, will go a long way towards ensuring that our tamariki are provided with loving, stable environments. This is crucial, especially during the developmental years, and if this can be provided within their own community, all the better. As Matahaere-Atariki says, “the one thing the iwi should never do is lose faith in the fact that whānau and hapū have the capacity to make real transformation.”