New Zealand Tattoo in the home of the tattooist’s art 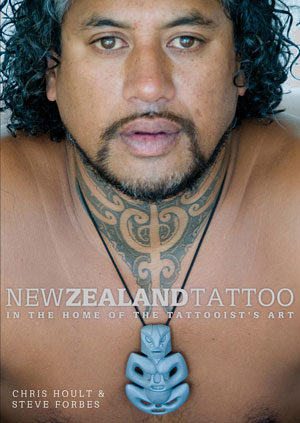 There are many ‘tā moko, tatau, tattoo’ books on the market that focus predominately on the finished artwork or its kaupapa, but few, if any, focus on the tattooist or kaitā who produce these works of art. It is refreshing to pick up a book solely dedicated to showcasing some of New Zealand’s leading skin artists.

Well-written mini biographies by Steve Forbes and stunning photography by Chris Hoult absorb the reader into the world that is skin art. From contemporary to traditional, Māori/Pacifica to European/Asian, old to young, the far north to the deep south, this book provides insights into not only what drew each artist to the world of ink, but also what keeps them there. It tells the life journey of each artist, providing the reader with an appreciation of the time, energy and dedication that these masters devote to their craft.
Where words end, the photos provide a pictorial narrative that captures the intensity of each artist at work. Depicting artists in their studios, the photos draw the reader into a world that many have never seen. In doing so they dispel the myths of dark, dirty backroom parlours that drunken sailors and suchlike stumble into on a night out. Rather, this book shows the true world of a skin artist – a world filled with beauty and creativity.
Hoult and Forbes are to be congratulated for this visually stimulating and at times mesmerising book. Regardless of whether or not you are into skin art, tā moko and/or tatau/ tattoos, this book is a worthwhile read. It is not a one-time read, but rather a book that you will return to over and over, finding something new to marvel at each time. 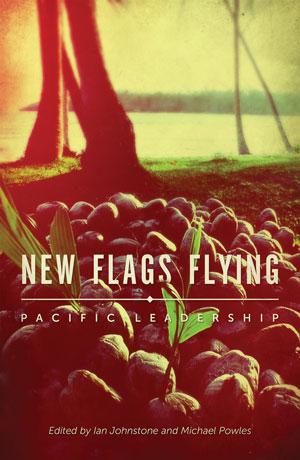 This book arose from a series of interviews with Pacific leaders by Ian Johnstone on Radio New Zealand. The book was originally stimulated by Gordon Shroff of the Ministry of Foreign Affairs in 1992. Another former diplomat, Michael Powles, offered to be co-editor.
Colonisation in the Pacific region began with the Spanish in the 17th century, followed by other European powers in the 19th and 20th centuries. With colonial masters changing after WWI and regimes further fractured by military action in WWII and then by the heinous nuclear testing of the US, Britain, and France, new indigenous leadership naturally arose – hence the title of the book.
New Zealand and Australia had also moved in to fill, in a somewhat more benign way, the administrative roles of the former colonists as Pacific nations moved towards independence.
Initially expecting it to be a “dry read”, I was pleasantly surprised by the breadth – if not depth – of historical detail, and the candid anecdotes by some of the leaders such as Kiribati’s Sir Ieremia Tabai about his time at St Andrew’s College in Aotearoa, or Sandra Sumang Pierantozzi about her early life in Palau and marriage to an Italian man. The book is well illustrated and the target audience would seem to be those who need a compact source of information about the Pacific region in a very readable form. Included is a CD featuring 19 of the original interviews, with at least one leader from each of the island states. 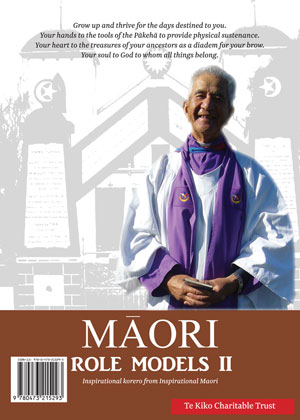 This wonderful and inspiring pukapuka is aimed at rakatahi Māori but is an interesting and motivational read for all. Māori Role Models 2 presents ten Māori men and woman who have succeeded in their various fields.
In an easy-to-read question-and-answer format, presented in te reo Māori and English, we learn what drives, supports and inspires these role models. These are people that our rakatahi look up to; familiar faces who our rakatahi can relate to.
Our own Hana O’Regan tells of her sense of purpose and responsibility, her motivation and how her tamariki inspire her. This inspirational kōrero will inspire and motivate rakatahi to think about their goals, their future and perhaps encourage them to pursue their dream. I highly recommend this valuable resource. 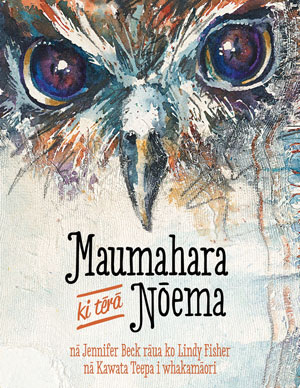 Remember That November is a picture history book aimed at 2–6 year olds. It broaches a kaupapa that may touch a nerve with some adults when deciding to buy. For some it will be because of their history and connection, for others because of their discomfort around this dark event in our history, and for others, sadly, it will be new information.

In 1881 Parihaka was the scene of one of the worst infringements of civil and human rights committed in Aotearoa. That said, this gentle and informative book tells the story in simple and non-threatening language without affecting the innocence of the young listener/reader. The connection is made between the violent protest of Guy Fawkes and the passive resistance of Te Whiti o Rongomai and Tohu Kakahi. This book is designed to educate and enlighten. As Sir Paul Reeves says in the afterword, “If we know our history we can then ask good questions about the world we live in. This is a little book that leads us to some profound questions.”

Jennifer Beck is an award-winning author with a gift for presenting serious kaupapa in an interesting and easy-to-grasp format for children. Historic and actual events such as wartime Europe (The Bantam and the Soldier) and the Wildfoods Festival in Hokitika (Sam goes Wild) are just two brilliant examples. Lindy Fisher’s beautiful 3D-like illustrations capture the mood perfectly. Together she and Jennifer have created award-winning collaborations. I highly recommend this book.
It will affect the reader and expose the young listener to a defining event that is woven into the political and cultural fabric of Aotearoa. Perhaps it will change forever the way you remember November.