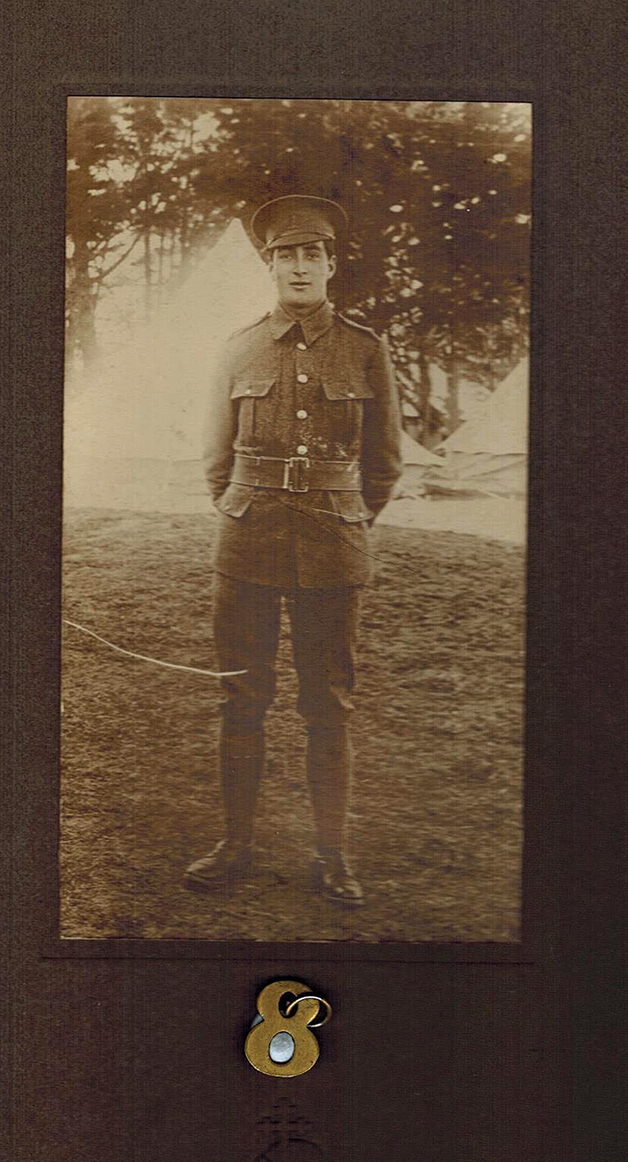 These are our tīpuna, men and women whose names are immortalised in our legends and waiata for their actions in the defence and advancement of our lands and peoples. They are just three of many warriors that Ngāi Tahu remembers and honours for their fierce bravery.

Although the project has yet to be completed, it has already received considerable praise, with the WWI Centenary Committee, 28th Māori Battalion, and the Canterbury Museum endorsing the programme of work.

Over the last year, the Whakapapa Unit has been working with the whānau of Ngāi Tahu soldiers, conducting interviews and poring over diaries, letters, and military records to uncover stories that have never been shared. Ultimately all of this information will be published online and in a book showcasing a selection of the stories.

With more than 265 profiles created so far, and more in the works, everyone who reads the book or accesses the website will gain a greater understanding of what these men went through. On the website viewers will be able to read profiles, as well as scroll through archival material such as interviews, diaries and letters.

Allanah Burgess, the lead advisor for this project, says she has been truly struck by the stories and materials that their research has brought to light. She remembers working on the story of Private George Skerrett (Ngāi Tahu, Ngāti Māmoe). “The Skerrett whānau sent me a DVD of an interview with George. As soon as I watched it I knew we were doing something special to showcase our tīpuna.” 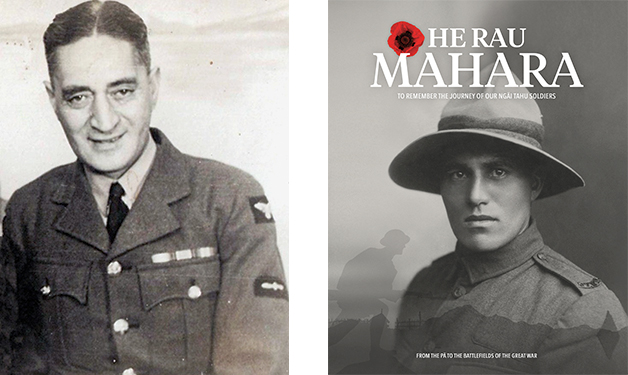 George was in the Otago Infantry Battalion, and served in Egypt and Gallipoli. For his service he received the British War Medal, Victory Medal, Gallipoli Lapel Badge, Gallipoli Medallion, and
1914 –15 Star for his services.

In the interview, George describes the landing at Anzac Cove on April 25, 1915, saying:

“We didn’t land until three in the afternoon. Ashore it was frightful terrible … We started to climb up Walkers Ridge, following the infantry up. Men were falling everywhere. We were right behind them, picking them up and dressing them the best way we could. I was part of the advanced dressing station. Stretcher bearers were getting them [the wounded] down to the beach as quickly as they could. That was going on all night.”

“There was shrapnel coming down all the time. Day and night. The shells detonated in the air and the shrapnel came down like rain. I was walking along and I heard this bang, and a bullet landed near me. It was a sniper. So I lay down for a while and then got up and started to walk, when all of a sudden ‘bang!’ – another bullet just missed. So I lay down and pretended to be dead.”

George’s grim first-hand account of his experience gives the horrors of the Great War real immediacy, reminding us that he and his fellow soldiers put their lives on the line for their country. George was lucky enough to return to Aotearoa, and lived to celebrate his 100th birthday in Christchurch. He passed away on the 30th June 1993.

Uncovering these stories is of huge significance to the iwi, but it is especially meaningful to the whānau of the soldiers who have been profiled. For Allanah, it has been an honour to work with whānau members, to hear their stories and occasionally help them to uncover information they weren’t aware of. She can even recount a number of occasions where whānau members have met one another for the first time through this project, celebrating their shared tipuna. “Just last week I connected two cousins,” she says, smiling.

Shira Crofts, great-granddaughter of Private Poihipi Te Hua Wereta, says that working with the project team on He Rau Mahara has given her whānau the opportunity to learn more about their tipuna, who spent almost five years fighting overseas in Africa and Europe as part of the Whanganui Natives Reinforcements. In 1918 he contracted tuberculosis in the trenches and was sent to England to convalesce before returning home aboard the Ruahine in December 1918.

Poihipi was married to Meri Matehaere after his return to Aotearoa, and lived until 1965. He is buried at the Tuahiwi cemetery.

“It is great that there will be a place we can go to see him and share his amazing story,” Shira says. 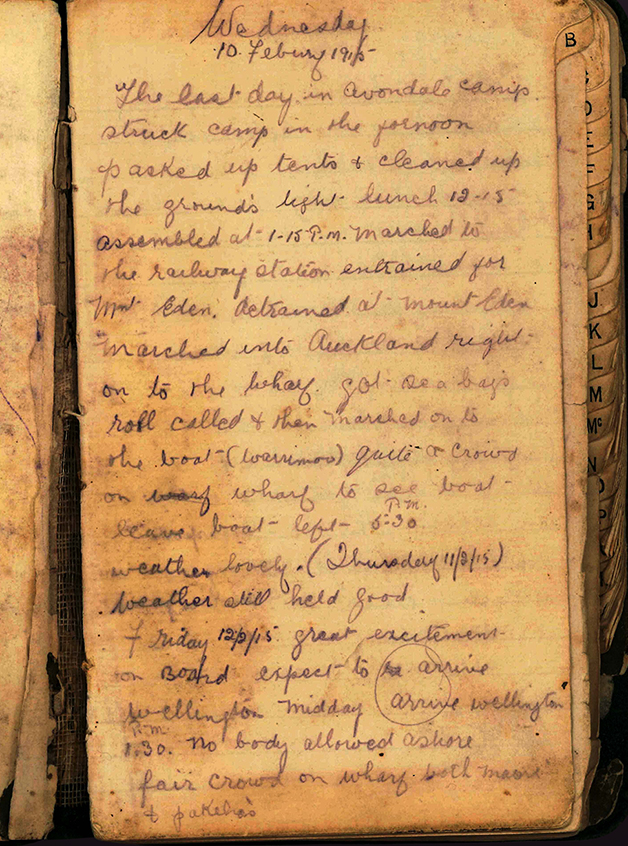 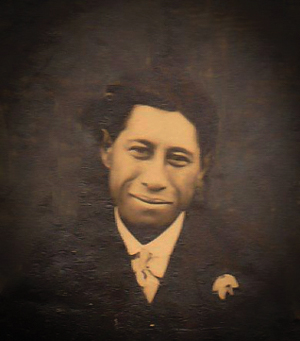 When everyone else arrived home from the war, it was believed that Hohepa Teihoka had gone missing, and a memorial service was held at Sedgemere (near Southbridge) for him. A returned soldier heard about the service, and informed the relieved family that he had spoken to Teihoka in a Cairo hospital, and that he was on his way home. Hohepa Teihoka arrived in Lyttelton on 10 April 1916, about a month after the memorial service for him.

“That would have sent the family into a bit of a run-around,” says his granddaughter, Francis Diver. “There were newspaper articles at the time about it; that family members spoke at the service and then he came back.”

Born in Kaiapoi in 1886, Hohepa was the son of Mere (Mary) Elizabeth Hopa and Taare Wi Teihoka, rangatira of Kaiapoi. Although Teihoka would spend most of his life at Taumutu, near Lake Ellesmere, his granddaughter reflects that “his heart, his tūrangawaewae was at Tuahiwi because that’s where his family were buried. None of his family are buried at Taumutu, except for him.”

Teihoka enlisted for the New Zealand Expeditionary Force (NZEF) in September 1914, and joined the first Māori contingent to serve in World War One. Travelling first to Auckland, and then on to Wellington for training, Teihoka left New Zealand aboard the Warrimoo on 14 February 1915.

Arriving in the Dardanelles in July 1915, Teihoka spent his first day on Turkish soil digging out trenches while “shells were whizzing all day overhead”. Eleven days later, Teihoka laconically recorded that the “snipers made bathing very uncomfortable, [with] bullets landing very close to some of the chaps” while taking a swim, and that a Private was “shot going towards the beach”.

Without this project, the stories of men like Poihipi and George would have remained unspoken. Now, one hundred years on from “the war to end all wars”, He Rau Mahara is uncovering and sharing the stories of our Ngāi Tahu men who fought so far from home.

The Whakapapa Unit plans to launch the World War One publication and website later this year and are urging whānau to come forward and share information they hold on tīpuna who served in WWI. If you would like a full list of those Ngāi Tahu soldiers currently identified as serving in WWI, please email: [email protected]