It would be hard to find anyone with a stronger historical connection to Rakiura than fifth generation Stewart Islander Phillip Smith (Waitaha, Ngāti Māmoe, Ngāi Tahu). It would be even harder to find anyone who has spent as much time as he has on the pristine waters of Paterson Inlet, as kaituhi Rob Tipa recently discovered. 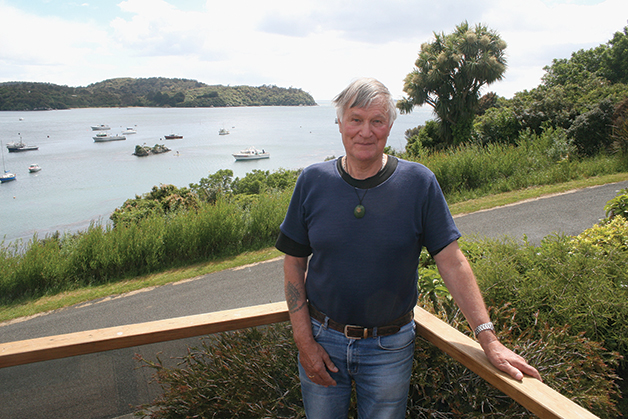 Until recently, Phillip Smith regularly clocked up between 280 and 290 days on the inlet every year at the helm of one of his Bravo Adventure Cruises’ charter vessels. Some days he was out on the inlet three times a day – the first trip at dawn, taking tourists to explore Ulva Island during the day, and an evening tour kiwi-spotting at Ocean Beach after dusk.

Although he recently handed Bravo Adventure Cruises’ kiwi-spotting concession over to the Rakiura Māori Land Trust, Phillip is still actively involved in tourism and charter work on the island, and was instrumental in the establishment of Te Whaka a Te Wera Mātaitai Reserve in 2004.

Covering more than 89 square kilometres, Te Whaka a Te Wera is the largest mātaitai in the country by a considerable margin. It encompasses 8000 hectares of sheltered waters within the inlet, excluding about 25% covered by the Ulva Island/Te Wharawhara Marine Reserve, and a marine farming area within Big Glory Bay.

As chairman of the group that manages the mātaitai, Phillip is confident the inlet’s resources are sustainable in perpetuity if they are carefully managed under its current mātaitai status, provided there is no significant increase in the island’s population.

His confidence is based on his family’s strong customary knowledge of the inlet’s mahinga kai resources spanning 157 years.

Covering more than 89 square kilometres, Te Whaka a Te Wera is the largest mātaitai in the country by a considerable margin.

Stewart Island’s early history reads like a League of Nations with sealers, whalers, and other mariners arriving from all over the world in the early to mid-1800s. There were the Spanish, Portuguese, English, Scottish, and French; Americans, Norwegians and other Scandinavians, and a few Aboriginal peoples from Australia.

Phillip’s great-grandfather Yankee Smith was an American whaler and boat-builder from Nantucket who jumped ship in 1860. Yankee initially worked in a sawmill, and built many fine boats on Stewart Island.

He met and married the daughter of Pura (Susan) and a Portuguese sealer, Joseph Antoni, a descendant of one of the earliest intermarriages between Portuguese sealers from Whenua Hou (Codfish Island) and Ngāi Tahu women who fled south to escape the raids by Te Rauparaha on the Ngāi Tahu stronghold at Kaiapoi.

In those days, Phillip says, seamen often married Māori women for their own protection through their tribal affiliation.

Yankee and Susan Smith settled on Bravo Island in the heart of Paterson Inlet, and had 14 children. Phillip’s grandfather, Sam Smith, was born on Bravo Island and lived there most of his life.

Sam married Lena West, who traces her ancestry back through Maraetaia, the last full-blooded Ngāti Māmoe chief to die on Rakiura. Maraetaia is buried at Ringaringa, overlooking the entrance to Paterson Inlet.

Like many Stewart Island families, Phillip can track his family story through hand-written diaries, some written in Māori, the originals of which have been passed on to the Hocken Library in Dunedin by agreement with whānau.

Ruapuke and Whenua Hou were the first semi-permanent multicultural settlements in Foveaux Strait, but by 1870 people started moving from Ruapuke to The Neck at the entrance of Paterson Inlet.

At one stage Phillip says there were about 200 people living at The Neck, which had its own school, but by 1915 most permanent residents had moved on to permanent settlements in Halfmoon Bay or Bluff.

“There are lots of places we fished where we only went back once a month or once in 40 days so there was never any pressure on them. There are some patches we still fish today … I could count 53 patches in the inlet that I could identify just from marks in my head that I could go to on any given day depending on the weather. If it was blowing, there was always somewhere we could catch a fish.”
Phillip Smith Waitaha, Ngāti Māmoe, Ngāi Tahu

The Rakeahua and Freshwater River tidal estuaries offered tangata whenua an unlimited supply of eels and ducks, while North Arm was a reliable source of flounders, mussels, and scallops.

Phillip grew up on Paterson Inlet, and fondly remembers regular picnics on the beach, lighting a fire and boiling up a billy to cook a wide range of seafood.

Much of his family’s traditional knowledge of the inlet’s resources was passed on to him and his brothers by his father Russell, who fished with Phillip’s grandfather Sam from a young age.

“I don’t think Sam fished out of the inlet,” Phillip recalls. “Dad said in three months from January to March, they caught three tonnes of blue cod a month from the inlet just with hand lines, because the summer months were the best time to catch blue cod.”

Some of his favourite blue cod patches are a closely-guarded family secret. 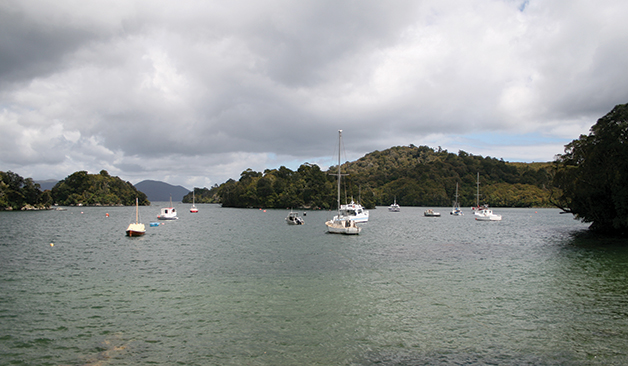 “There are lots of places we fished where we only went back once a month or once in 40 days so there was never any pressure on them,” he says. “There are some patches we still fish today.”

“I could count 53 patches in the inlet that I could identify just from marks in my head that I could go to on any given day depending on the weather. If it was blowing, there was always somewhere we could catch a fish.”

Customary knowledge of these traditional fishing grounds was a key consideration taken into account when the boundaries of Te Whaka a Te Wera Mātaitai and the Ulva Island/Te Wharawhara Marine Reserve were established in 2004.

Originally authorities wanted to create a marine reserve covering the whole of the inlet, but that proposal met with strong opposition from the Stewart Island community and Rakiura Māori.

“If they had locked the whole place up with a marine reserve, we would have lost the lot,” Phillip explains candidly. The concept of a mātaitai was supported by most of the island community. The big issue was the boundaries, particularly the boundaries for the proposed marine reserve encompassing Ulva Island.

Historically, Phillip says people could always fish anywhere in the inlet, depending on the direction of the wind. Traditionally, the eastern and western ends of Ulva Island were highly valued by tangata whenua as fisheries, as there was always shelter from the prevailing winds.

“If you take that away you are compromising the safety of people,” Phillip says. “They would have to go elsewhere, which concentrates fishing pressure in areas more exposed to the prevailing winds.

“Only about three of us stood our ground,” he says. “When the application for a marine reserve went in, it was the first time the Ministry of Fisheries had changed the boundaries to suit the tangata whenua, so we had a bit of a win there.”

Both Te Whaka a Te Wera Mātaitai and the Ulva Island/Te Wharawhara Marine Reserve were approved and signed off on the same day in 2004 at Sydney Cove on Ulva Island, an achievement Phillip and Rakiura Māori are very proud of.

So how has the mātaitai worked in practice?

Phillip says the inlet’s current status works as well as a marine reserve.

While all commercial fishing of the inlet actually ceased before the mātaitai or marine reserve were created, the public perception is that the Inlet is closed to fishing altogether. Some charter boats have stopped taking tourists fishing in the inlet, despite being legally entitled to do so.

All that has changed is that the daily catch limit has dropped to 10 finfish per person per day, including blue cod, which is still a generous limit in relation to other areas of the country. Phillip says most people don’t catch that many cod in a day.

He believes Paterson Inlet’s blue cod fishery is in good health. He can still visit a patch he hasn’t fished for 18 months or two years, and catch enough blue cod for a feed in 10 minutes.

He says the new fishing regulations are easy to manage.

“We have eyes and ears out there all the time,” he says. “The grapevine works pretty well around here to let officials know of people fishing or taking shellfish illegally.

“You always get the odd pirate in here who could destroy a resource if they target a particular species,” he says. “I have caught a few people (fishing in the marine reserve), usually through their own ignorance, and asked them to leave.”

Paterson Inlet’s legendary scallop fishery was closed before the mātaitai was created, because researchers found no evidence of re-plenishment of scallop populations at 19 study sites within the inlet.

“We thought we can’t keep taking shellfish when we know there is nothing replacing them, so we closed the fishery for scallops with the provision to open it again, but that hasn’t happened, even today.”

Likewise, the pāua beds around Bravo Island were closed through mātaitai bylaws to aid their recovery. These beds are still closed today and will remain so until the iwi has the research to justify lifting the rāhui, Phillip says.

Overall, Phillip reckons Paterson Inlet’s resources are in good health. The only obvious change is the decline in the scallop fishery because of the lack of replenishment of populations. Despite the closure, that fishery has not yet recovered to the levels needed to sustain fishing.

He believes the inlet would best be managed as a mātaitai in perpetuity.

“If you manage it as it is today with the population that’s here, that resource would be sustainable forever.”