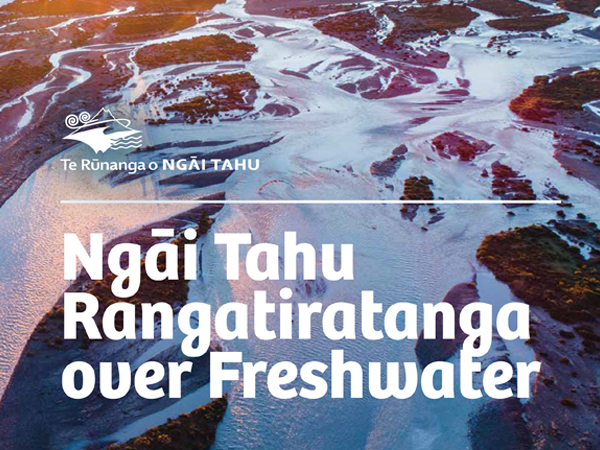 Since the arrival of European settlers, Ngāi Tahu rangatiratanga over freshwater has been consistently challenged. Te Rūnanga o Ngāi Tahu has implemented Te Kura Taka Pini (TKTP) committee, whose purpose is to develop and implement the tribal strategy for freshwater.

Te Rūnanga o Ngāi Tahu was mandated to deliver two principles at Hui-ā-Iwi 2017 which give authority to progress the Ngāi Tahu Rangatiratanga over Freshwater Strategy. They include:

Achieving rangatiratanga over freshwater in the Ngāi Tahu takiwā is our destination and all activities and outcomes in this strategy guide Ngāi Tahu in this direction. In order to achieve the two principles this strategy has three objectives.

You can find out more by reading the strategy.

Whitebait Submissions to the Department of Conservation

As mana whenua of the takiwa and kaitiaki, Arowhenua formally requests that DOC treats this response in a manner consistent with its obligations under the Conservation Act 1987 and Local Government Act 2002. These obligations include, but are not limited to, a requirement to take into account the principles of the Treaty of Waitangi (Treaty), which require the protection and respect of our relationship with and rangatiratanga over freshwater.

Further reasons for this view are explained in this submission document.

Arowhenua Rūnanga Chair John Henry would like all whānau who whakapapa into Kati Huirapa and Arowhenua Rūnanga to add their own story to the submission and send it into the Department of Conservation before 9 am 1 March 2020. The email address for submissions is [email protected].