Ngāi Tahu has a proud history of commerce and trade reaching back hundreds of years. Prior to colonisation Ngāi Tahu underpinned the inter-tribal pounamu trade and later embraced international commerce through strong involvement in New Zealand’s early whaling and agricultural industries.

Through regaining access to significant capital Ngāi Tahu has once again embraced its heritage of commerce in new areas including property, seafood and tourism.

Ngāi Tahu has been engaged in modern day commercial activities, particularly since the late 1950s when the Ngāi Tahu Māori Trust Board had income of about $20,000 per year with which to balance its investment and distribution aspirations. Even in those early days the decision-makers recognised the need to reinvest to grow the pūtea and chose to put in place an aggressive reinvestment policy – reinvesting about two thirds of the income while maintaining a tightly focused distribution policy aimed at providing support to tribal members through the likes of education grants and scholarships.

In 1998, as a result of the Ngāi Tahu Claim Settlement Act, Ngāi Tahu received a settlement sum of $170m. It also received subsequent sums from fisheries, aquaculture and relativity settlements valued at $152m. Balanced reinvestment and consistent distribution followed the receipt of these funds. As a result, the tribal asset base stands at $1.2b and over $320m has been distributed to support tribal programmes. 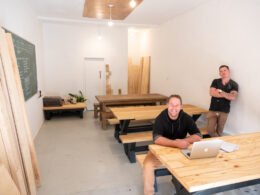 Furniture business with sustainability at heart

They started Innate Furniture from their garage, building a table or two every month. When Covid-19 reached Aotearoa, many businesses got derailed and operations were disrupted, it became a catalyst for business growth.

Hukafalls Jet is on track for a stellar financial year. Smart management and innovative thinking have meant the company has had its best October ever, in terms of numbers through… 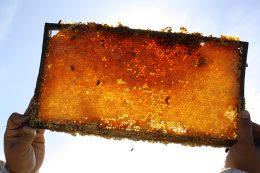 Nau mai, hora mai Ahumahi – Ngāi Tahu Property spent time with Tahu News to kōrero about the new industrial parks it has in the pipeline for small to large…

A group of Māori creatives have teamed up to make a special production that’s taking theatre to social media. Writer and director Hōhepa Waitoa had work lined up for his…

He tipu mīharo te kōaka – e tipu, e rea. We catch up with Brendan McIntosh, co-owner of Plant Based NZ, about the miracle hemp plant and how the hemp…