25 Years on the airwaves 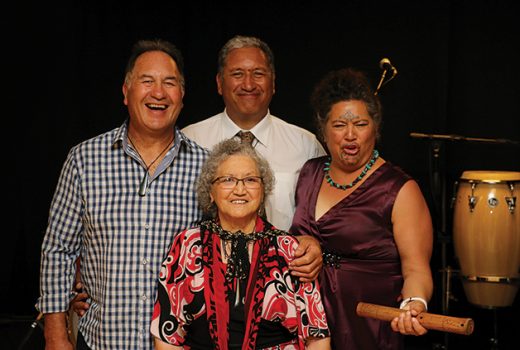 “They had a dream, a moemoeā, and without dreams miracles do not happen. And this is a miracle. So we have them to thank in terms of the longevity of Tahu FM,” says radio broadcaster Brett Cowan (Ngāi Tahu – Ngāti Wheke, Ngāi Tūāhuriri, Ngāti Kurī). “Without their vision, their courage, and their bravery we would not be here today. We would not have a frequency. We would not have Tahu FM.”

The dream began over lunch at the Gladstone Hotel in Christchurch for Tahu Stirling and his cousin Mahina. “She shouted me lunch and I was like, ‘Hmm, there is something going on here…’ and then she said, ‘Hey cuz, can you help me set up a radio station?’
I looked at her and just said, ‘Eh?’ I mean, who does that!” laughs Tahu. “But then actually from that moment on we were really obsessed. We got obsessed with the idea of setting it up, and it took over us.”

While Mahina’s idea may have started the ball rolling for Tahu personally, he speaks passionately about the role of the Treaty of Waitangi and the Ngāi Tahu Claim in the creation of Tahu FM. 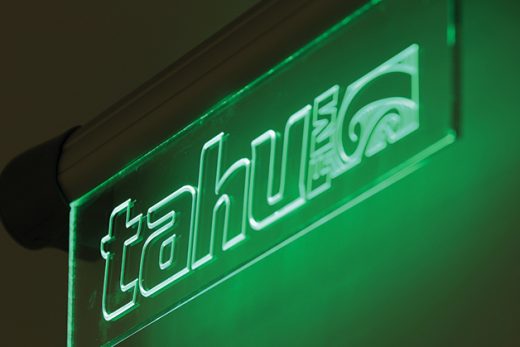 “Key changes to the Waitangi Tribunal Act and a need for protection and promotion of te reo as a taonga under Article 2 of the Treaty laid the path for Māori radio,” he says. “Around 1987 the Māori Renaissance was really starting to pick up. Everyone was becoming more proactive about being Māori and speaking Māori. There was a hell of a lot of movement for Māori at that time, and I am proud to be a small part of that beginning,” says Tahu.

Brett Cowan agrees, saying the climate was very different 25 years ago when Tahu FM first started. “We had just dealt with apartheid issues, the fiscal envelope, marches throughout New Zealand. This was our opportunity to have our voice on air.”

The journey to launch the station was not easy, however, and the pioneers of the station have many tales of tougher times.

“While others [radio stations] were giving away cars and holidays, we were giving away packets of chips and a six pack of Pepsi.”
Lisa Reedy (Ngāti Porou – Ngāti Uepōhatu, Te Whānau a Hinetapora)
Tahu FM broadcaster 1992–2011

“The climate that was set up by the government at the time meant it was a political funding arena, and we had to compete in terms of lobbying for funding”, says Brett. Nevertheless, within six months they had secured funding for the station.

“It took a lot of time to get the support but we got it,” says Tahu. “I think our enthusiasm really helped … the enthusiasm everyone had for te reo, and for being a Māori radio station in Te Waipounamu.”

Mahina Kaui also reflects on the difficulties of the endeavour. “It took blood, sweat and tears. We had tāua and pōua moving rocks. They were really the backbones for us young ones, and pushed us to achieve our collective goals. Everyone helped and supported us to get this radio station set up,” she says. 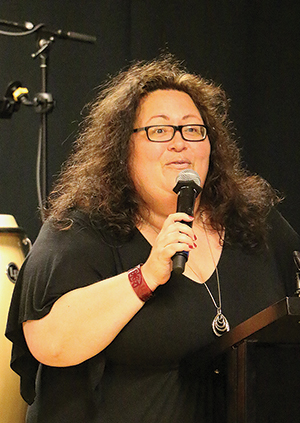 “We were competing against all these amazing, already established stations that had a hell of a lot more money than we did. We had nothing at the start, not even a production studio. But we did it.”

Lisa Reedy (Ngāti Porou – Ngāti Uepōhatu, Te Whānau a Hinetāpora), who was a Tahu FM broadcaster from 1992–2011, also talks about the limitations of starting a radio station with little funding. “While others were giving away cars and holidays, we were giving away packets of chips and a six pack of Pepsi,” laughs Lisa.

However, Tahu FM was never about the glitz and the glam. “We didn’t need those fancy prizes,” Lisa says. “We were a whānau and people could relate to that. And just from being ourselves, while still working our butts off, we managed to take the station to number one.”

The success of the station is partly due to the niche market Tahu FM tapped into. “We thought that because we were in a metropolitan area, in a city, we could actually produce commercial and community radio at the same time,” explains Mahina. “We identified the niche and that was to do the whole ‘black’ format and play Māori music. There was not enough Māori music back in the day, and we were struggling to find it. So this was an opportunity for us (as Māori musicians) to actually put our music out there. And that really resonated with us all, because we all loved Māori music.”

“I am not going to be grandiose and say that we made it cool to be Māori, but people always gravitate towards other people who look like them. At that time, people didn’t see a lot of people who looked like us. So that is what we were about, trying to represent our people and be Māori. But deliver just as professionally as any other radio station in the industry.”
Aubrey “AUBZ” Hughes (Ngāti Porou)
Tahu FM announcer 1995–2012

Tahu also agrees that identifying this niche played a part in the success of the station. “At that time no one was playing RnB or soul music, so we did – and our ratings shot through the ceiling, because young people were sick of the stuff that was playing on other stations.”

The success of Tahu FM has never wavered, and the station is now heard throughout Aotearoa and the world. It operates 24 hours a day, 7 days a week, bringing a distinctive Ngāi Tahu flavour to the airwaves through a diverse mix of music, news and views in te reo Māori and English. Around 43,000 people listen to Tahu FM each month and over 517,000 each year. 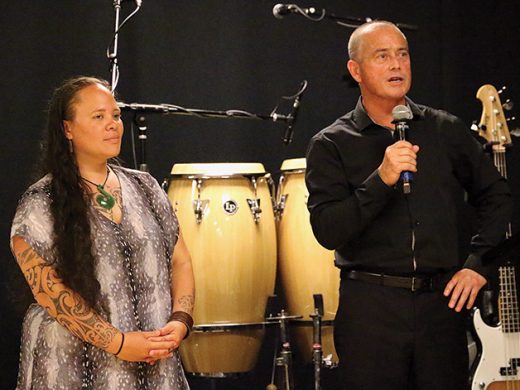 “Tahu FM now has a state-of-the-art studio space at Te Whare o Te Waipounamu,” says the station’s current general manager, Blade Jones. “Keeping up with technology is key to us still being on air in another 25 years.”

Blade believes that today’s innovation stems from the station’s ability to speak through a wide variety of media channels, adding that having an app, being online, and being on Sky TV allows them to speak to whānau around the world.

“It has been crucial in ensuring we are a voice for Ngāi Tahu. The different media platforms allow us to send local messages nationally and internationally.” 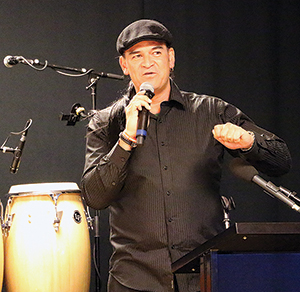 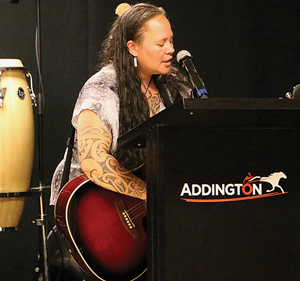 The one thing that has been consistently important to Tahu FM over the 25 years is the need to provide high-quality broadcasting, while keeping a distinctive Māori flavour. Aubrey Hughes (Ngāti Porou), better known as “Aubz”, was an announcer from 1995 to 2012.

“I am not going to be grandiose and say that we made it cool to be Māori, but people always gravitate towards other people who look like them. At that time, people didn’t see a lot of people who looked like us. So that is what we were about, trying to represent our people and be Māori. But deliver just as professionally as any other radio station in the industry.”

“I have been around for a while and people have come and gone, but what still remains is that whanaungatanga,” agrees Sheree.

The dedication and passion of past and present staff is at the heart of the success of Tahu FM. For Tahu FM their ongoing success will come from continuing with the kaupapa of engaging with the iwi and the wider community.

“I started this radio station with Tahu and everyone else because I wanted to see our young people have a platform they can utilise for generations to come. They were the dreams and aspirations of our tīpuna,” says Mahina.