At just 24, Lucas Smith has packed a lot of life experience into the six years since he left high school. Kaituhi Rob Tipa caught up with Lucas recently to learn more about his latest venture creating natural wool wound products. 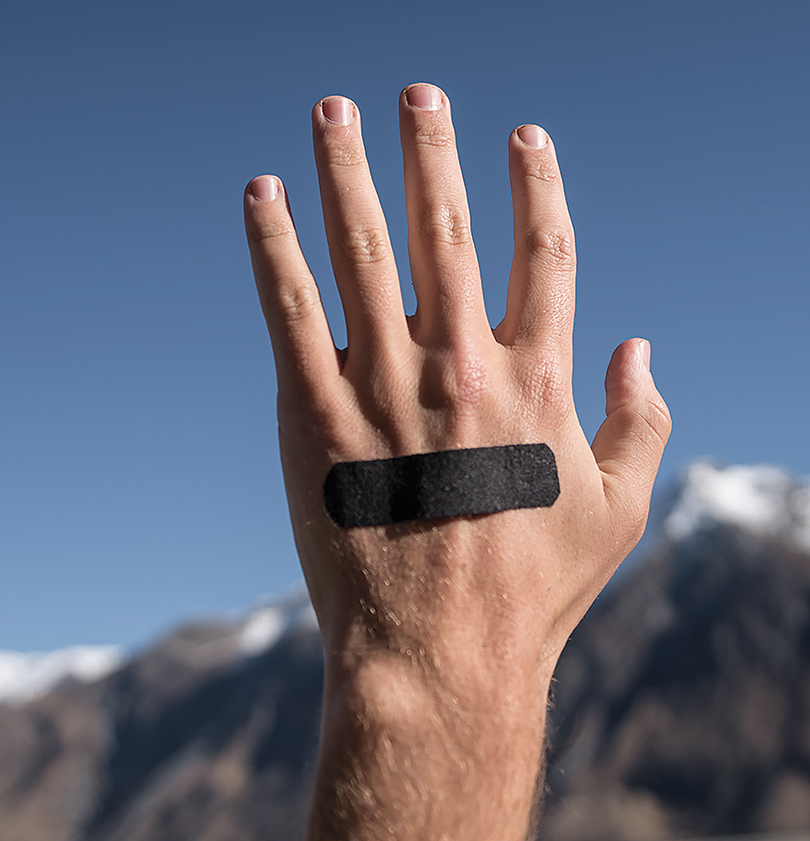 A born entrepreneur, Lucas created and invested his life savings into Walk On, a start-up company using the finest merino wool in Aotearoa for blister protection pads. This led him to establish Wool Aid, a business producing a merino wool, completely biodegradable sticking plaster, thought to be a world first.

His vision for Wool Aid is to eventually replace all plastic or synthetic bandages with woollen sticking plasters that will break down in the earth, recycling nutrients such as nitrogen and carbon.

The idea came to him when he was working as a mountain guide, escorting tourists on the Routeburn Track, one of New Zealand’s iconic Great Walks. Tourists usually bought brand new gear for their big adventure, including boots and socks.

“Usually in the first day or two they got blisters,” Lucas explains. “As a guide it was devastating to see them spend so much money to get here, and all they could think about was their blisters. It was a terrible experience for them.

“People were going through 20 or 30 sticking plasters that didn’t solve the problem, so they dropped them on the trail. I was forever picking these things up.”

Thinking back to his own experience tramping and mountain-biking with his parents, Lucas remembered using scraps of wool fibre to prevent and protect blisters. He’d pull bits of wool off a fence and use his sock to secure the fibre over a blister to stop his boots from chafing it. He developed this idea, eventually selling the Walk On product, which prevents chafing and offers antimicrobial protection for existing blisters.

Wondering why no-one was making woollen plasters already, Lucas set to work designing one in his notebook while he was in the mountains. He kept the idea to himself because he assumed there would probably be intellectual property issues involved.

“I figured I had to do this – it ticked all the boxes,” he says. Eventually he left his guiding job to pursue the idea.

Born and raised in Timaru, Lucas has whakapapa ties to Ngāi Tahu through the Parata family from Kāti Huirapa Rūnaka ki Puketeraki. He went to Waihi School, in Winchester, South Canterbury; and then on to Christ’s College in Christchurch.

Lucas describes himself as an average student, and says he always wrestled with dyslexia and numeracy. However, that has not affected his entrepreneurial vision. When he was still at high school, he passed an economics paper on the strength of a business venture he ran from his dormitory to get 150 long sweat-shirts, or hoodies, made in China. He sold them to ski racers and snowboarders for a handsome profit.

Lucas’ first job out of high school was as a general hand on Simons Hill Station near Takapō, which gave him an introduction to sheep farming and a basic understanding of how the wool industry worked.

“We are only just getting our heads around plastics in the environment. My generation feels helpless, but this is an issue where we feel we can make a difference. My aim with this is really to replace every plastic and synthetic fibre that is used in a plaster – in whatever shape, size or form – and swap it with wool.”
Lucas Smith

Initially, he went farming to pay for his university education, having enrolled to study anthropology and political science at Victoria University in Wellington.

“The classroom environment doesn’t spin my wheels, so halfway through my first year of uni I dropped out to design a software programme for food traceability,” he says.

He spent all his savings to build a couple of software prototypes, but it was clear people were not going to buy it, and the venture failed.

“I was 19. It was a pretty hard thing to stomach,” he admits honestly. “I lost everything, lost all my money and lost my confidence; so I became a mountain guide and ended up in Queenstown.”

His first job was guiding on the Greenstone and Routeburn tracks, where the idea to make a sticking plaster from merino wool really began to take shape.

The concept appealed to his environmental conscience to do something constructive for sustainability and to combat plastic pollution.

“We are only just getting our heads around plastics in the environment,” Lucas explains. “My generation feels helpless, but this is an issue where we feel we can make a difference.

“My aim with this is really to replace every plastic and synthetic fibre that is used in a plaster – in whatever shape, size or form – and swap it with wool.”

The first people he turned to were his Ngāi Tahu iwi. He realised he needed a legal document called a Freedom to Operate – not a cheap undertaking at about $10–15,000 each. 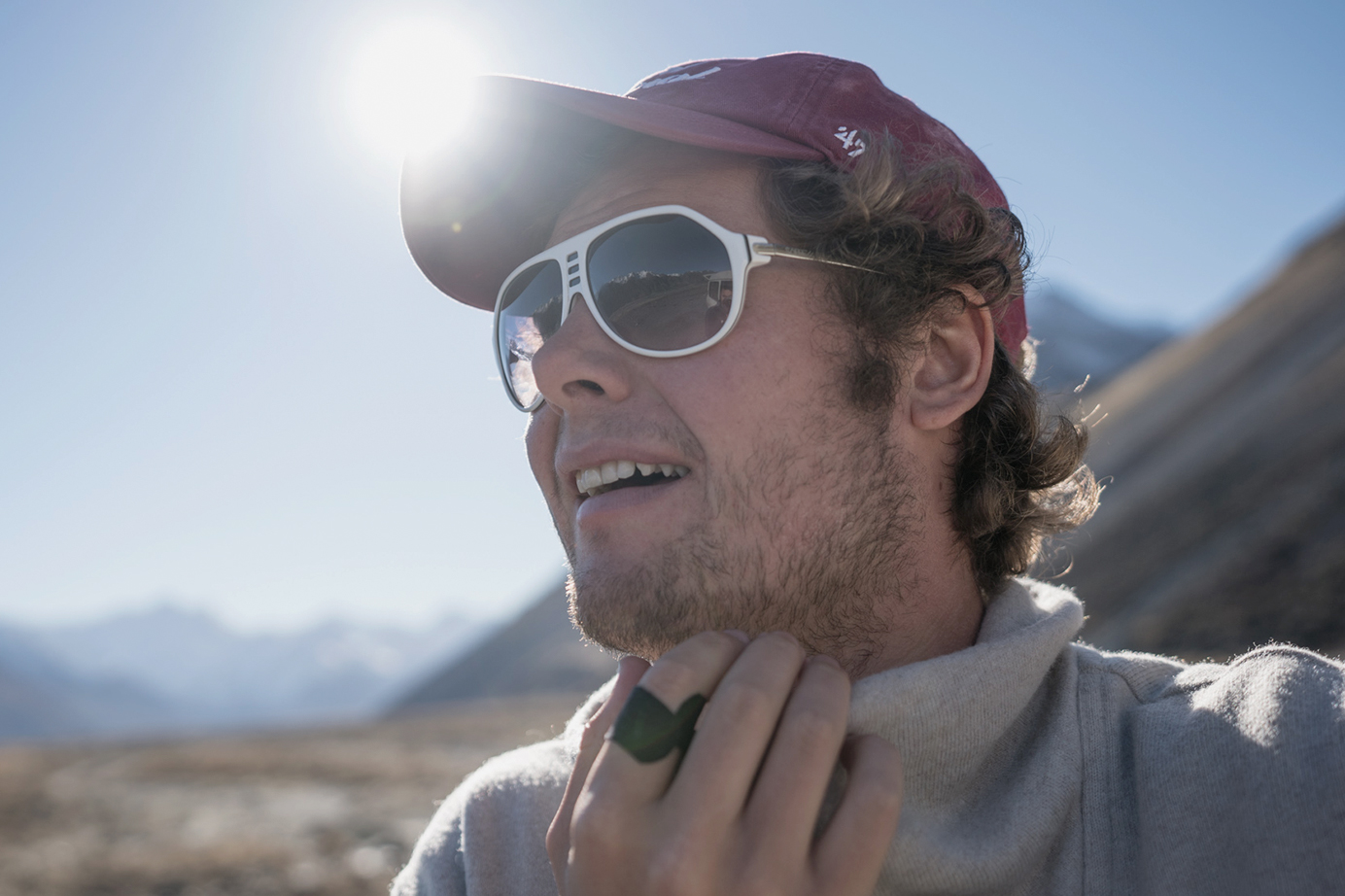 Lucas applied for and received a grant from the Puna Pakihi Fund offered by Te Rūnanga o Ngāi Tahu, which enabled him to secure the document. He was surprised to learn there was no product like the woollen plaster on the market. He went a step further to test the market in the United States, where lawyers in San Francisco and Texas confirmed the same story there with no obstacles.

“I then felt comfortable that there was a commercial opportunity to file a patent and to go to all the expense of doing that,” he says.

He has spent the last four years developing woollen sticking plasters from scratch, with little more than a bag of wool and a technique he was sure would work.

“I thought it would be easy but it wasn’t,” he admits. “I thought it was just a matter of getting on the internet and matching a bandage manufacturer and wool producer together, but it was like mixing apples and oranges.”

He visited Alaska, China, and North America and experimented with many different prototypes of woven fabrics and non-woven knitted fabrics and felt before settling on a woven fabric.

He then took fabric samples to a manufacturer in China, but the yarns were unravelling in the production process, threatening to blow apart very expensive machines – a risk that could have crippled his company.

Four years on and the fabric is now woven in a high fashion woollen mill in the United States. The sticking plasters are made by a technically advanced medical manufacturing plant in China.

Lucas launched his Wool Aid plasters here in Aotearoa in August. At this early stage it is still predominantly an online business. However, Lucas is experimenting with sales to pharmacies, health food stores, and outdoor supply stores.

The wool industry has been under fire for so long from synthetics that high country wool growers are “100 per cent receptive to what I am trying to do. They get it. It’s their job to produce more fibre, and it’s our job to sell more fabric.”
Lucas Smith

He is confident the business is commercially viable, and has invested in a substantial order of three and a half kilometres of fabric that will provide the scale to supply larger buyers such as the military, hospitals, and health institutions.

Lucas says the journey has taken him longer than it should have. He could have called on financial backing from private investors, but he was keen to retain control of the project and felt he could move faster on his own.

“It has been a really tough journey,” he says. “I had to fund it myself, so I had to be careful to look after myself, eat well, and get enough sleep. You could work on it all day and all night. It just becomes so overwhelming when you are doing this by yourself.

“It can be a pretty lonely journey being a founder. It’s getting up every morning and accepting that half your day is going to go to hell in a handbasket, but the 20 per cent of it that does work puts you a hell of a lot closer.

“It’s just fronting up and not being afraid to fail publicly as well,” he says.

Lucas believes the potential for the Aotearoa wool industry is exciting because the country has always been a world leader in wool research. He sees himself as a glorified wool broker, focused on adding value.

He says the wool industry has been under fire for so long from synthetics that high country wool growers are “100 per cent receptive to what I am trying to do.

“They get it. It’s their job to produce more fibre, and it’s our job to sell more fabric.”

While wool has been protecting human skin for thousands of years, Lucas says very little is known about the medical benefits of using natural fibres as wound dressings. 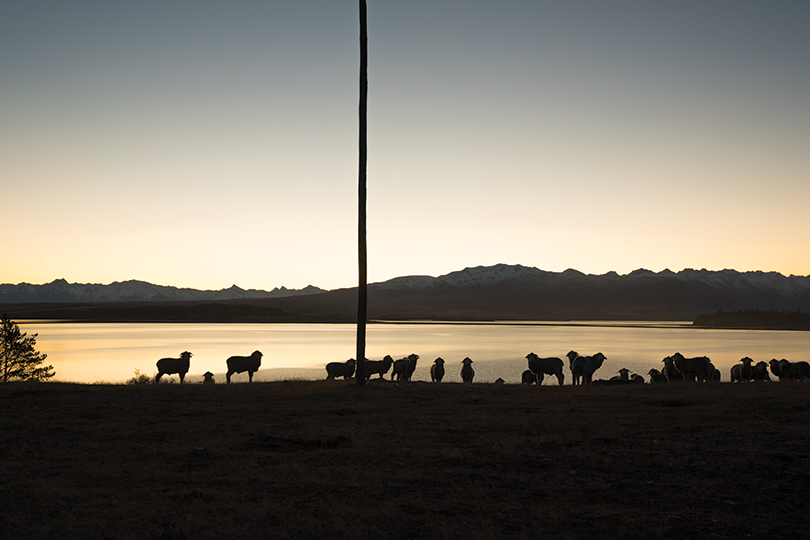 Lucas is working with AgResearch scientists to gain a better understanding of the hypo-allergenic, anti-microbial, and anti-bacterial properties of wool.

With most of the hard work done he is ready to take a step back from the front lines and let the business run itself.

“There are some huge hurdles to come and big risks, but we’re ready for them. We’ve had four years learning how not to do it.

He recalls a sage piece of advice he received early on about start-up businesses.

“Basically their advice was to shoot the founder, and I can totally understand that,” he says.

“There really is a point in a company’s trajectory when the founder needs to step out, step back, and let the people who have significant horsepower take these things to market.

“The business needs proper financial horsepower, and for these guys it’s just their bread and butter. It’s what they do all day.”

Walk On will be run by his father, Richie Smith, an experienced director who currently holds positions on the boards of Hilton Haulage and Ngāi Tahu Farming.

“So much of my life has been lived in the future – planning and strategising. I’ve been doing this since I was 20. I kind of want to be a young bloke and take each day as it comes. I’d like to do a bit of travelling, but the more I travel the more grateful I am to be a Kiwi.”

Lucas has been offered a six-month internship in northern Italy starting in February with Reda, a world leader in processing fine wool fabrics for the fashion industry.

He sees it as a great opportunity to learn the basics of the wool supply chain from an industry leader.

“I only spent a year at uni, so I feel I need structure; and I’m hungry to specialise in the wool industry.”

He sees plenty of potential for fine merino wools in the medical textile field, and believes his work with Reda could open doors to develop other products.

In the meantime it is back to work for this young entrepreneur in the place he feels happiest – a few days tailing lambs on Lilybank Station in the shadow of the Southern Alps.