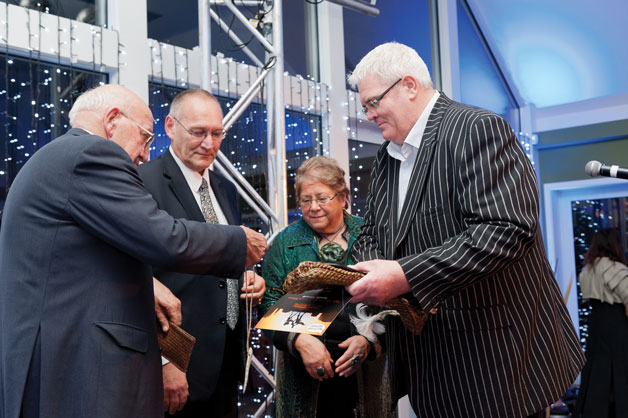 Ngāi Tahu language leaders were recognised at a glittering awards ceremony at Ōtākou Marae that also honoured te reo heroes of the past.

In his opening speech, Tā Tipene O’Regan told the audience that the rebirth of Ngāi Tahu reo was in good hands. He said while previously the tribe had been consumed with the Claim, it was time to move on and promote revitalisation of Ngāi Tahu reo.

This was the second time the Ngāi Tahu Reo Awards had been held.

Paulette Tamati-Elliffe, programme leader of the tribe’s te reo strategy Kotahi Mano Kāika, Kotahi Mano Wawata, says the awards aim to celebrate and promote a sense of pride in what has been accomplished.

Tamati-Elliffe says around 50 whānau use te reo Māori in their homes with their families. “There are a growing number of Ngāi Tahu whānau raising their tamariki in te reo, using te reo Māori as the first and natural language of communication in the home.”