A Tokyo Tale: to be continued

Japanese businessman and philanthropist Masashi Yamada has a special place in Ngāi Tahu history. It was his generous donation that enabled the iwi to complete negotiations for the Ngāi Tahu Settlement, and years later yet another contribution led to the establishment of the Ngāi Tahu Mātauranga Trust. This year, a delegation from the Yamada family visited Ōtautahi to meet with some of the beneficiaries of this trust. Kaituhi Kathryn Ruge reports. 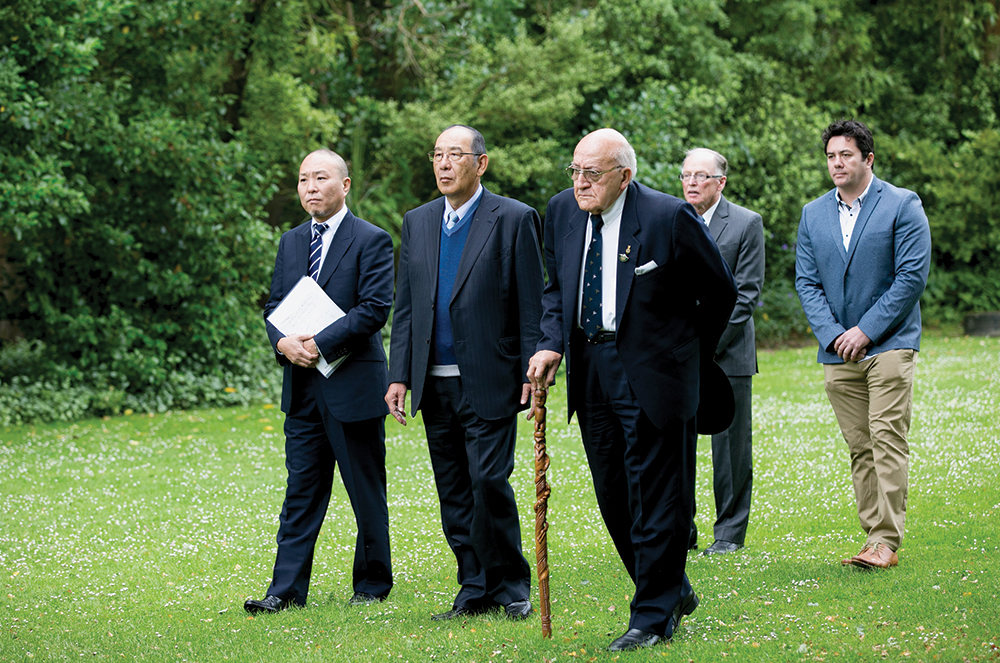 In 1989, Ngāi Tahu was running out of options to write the final chapter in a narrative that started 140 years earlier. Te Kerēme began with a letter in fluent English from Matiaha Tiramōrehu to Lieutenant-Governor Edward John Eyre, seeking compensation for the broken promises relating to Kemp’s Deed. The Ngāi Tahu Māori Trust Board had no money to finish the process of lodging Te Kerēme.

In an unlikely but welcome turn of events, Japanese businessman and philanthropist, Masashi Yamada, opened the door to a different ending by lending the iwi an unsecured multi-million dollar lifeline (read the full story in “A Tokyo Tale”).

Ten years later, when Ngāi Tahu representatives travelled to Japan to make the final loan repayment, Yamada-san had decided to mark the occasion with a new story – this time, one designed to assist whānau directly. Funds that were owed to him returned to New Zealand as a gift to Ngāi Tahu. They were used to set up a trust to support rangatahi to complete their secondary schooling, opening the door to higher education and a world of opportunities – ultimately enabling them to choose their own adventure.

In the 16 years since the Ngāi Tahu Mātauranga Trust has been formed, more than $200,000 has been distributed to more than 100 Ngāi Tahu students to enable them to achieve their goals, in spite of the incredibly challenging circumstances many faced.

To join the tribe in celebrating this milestone last month, Shinji Yamada, the son of Yamada-san, and his right hand man Narimoto-san, travelled to New Zealand to meet Yamada O’Regan alumni. They honoured the tribe with their physical presence, words, and actions; reconfirming the commitment of this next generation of the Yamada family to building a strong, enduring relationship with Ngāi Tahu. In advance of the visit, the Trust received a generous top-up of funds. 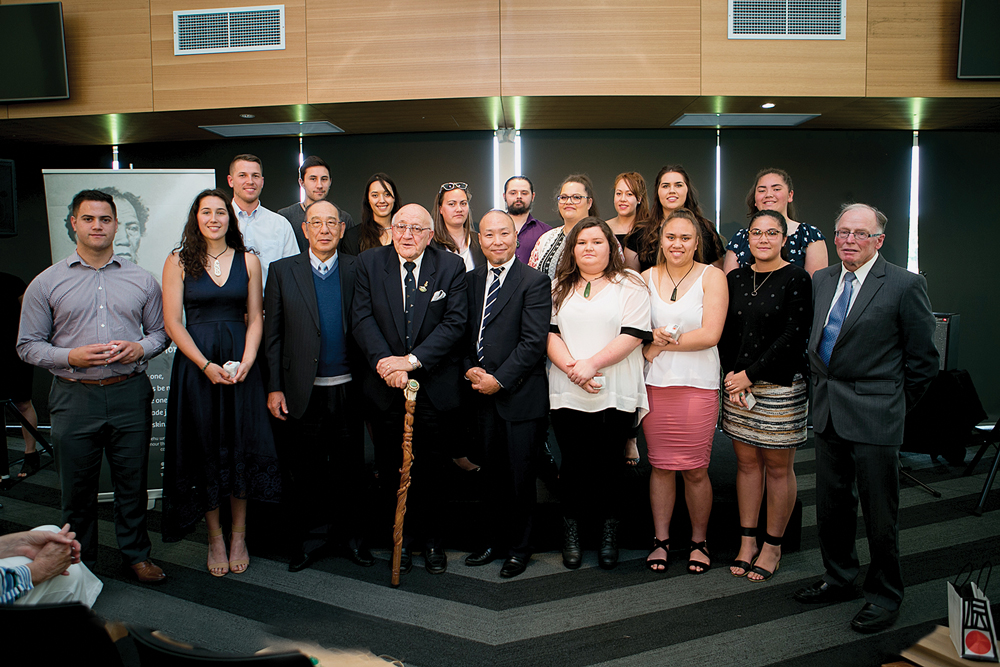 Speaking on behalf of Ngāi Tahu, Tā Tipene O’Regan said “It is hugely important to have Shinji Yamada with us today representing his father, Masahi Yamada. Yamada-san was the benefactor of Ngāi Tahu who enabled us to drive the Ngāi Tahu claims through to fruition on the strength of his handshake and belief in our cause, something for which we will always be enormously grateful.

“Narimoto-san has also been a very powerful supporter of our cause and relationship. It is wonderful that recipients of the Yamada O’Regan secondary scholarships have this opportunity to meet the faces of past generosity which makes our present possible.”

The inaugural gathering of Yamada O’Regan alumni marked the beginning of a new chapter in the secondary scholarship’s narrative, setting the scene for Ngāi Tahu rangatahi to inspire other rangatahi with stories of success in their everyday lives. These stories carry the same theme, summed up in the whakataukī: Whāia te iti kahurangi ki te tūohu koe me he maunga teitei – seek the treasure you value most dearly; if you bow your head, let it be to a lofty mountain.

The baton of friendship between the Yamada family and Ngāi Tahu whānau has now passed to the next generation – Mō tātou, ā, mō kā uri ā muri ake nei – for us, and for our children after us.

At a celebration event in Ōtautahi in November, several Yamada O’Regan alumni shared their stories. 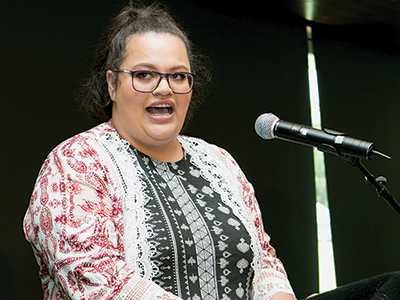 Arahia Maea knew early on that to fulfil her dream of becoming a school teacher, her education would need to be a priority, despite her circumstances.

“I was raised by an army of whānau and a solo mother who wore her emotional and financial struggles like the finest of diamonds, but life took an unexpected turn in 2009 when I became pregnant. I was determined to change the stigma associated with teen parents, so I completed my education at the Kimihia Young Parent Unit at Linwood High School. The birth of my son Marino motivated me to be the best version of me that I could possibly be. I graduated Dux, with Excellence in Level 3 Mathematics with Statistics, and University Entrance. Having some financial barriers removed created the mental space I needed to focus on my goals. The Yamada O’Regan scholarships I received enabled me to purchase books, school supplies, a graphics calculator, and a laptop to support correspondence subjects.”

While her journey has had some unexpected turns, Arahia has now been married to her high school sweetheart for five years and together they are raising three tamariki. She still has a teaching career on the horizon, and on her journey towards that goal has completed a Certificate in Māori Business Management and a Certificate in Te Reo Māori, both of which have led to part-time employment supporting her long-term aspirations. 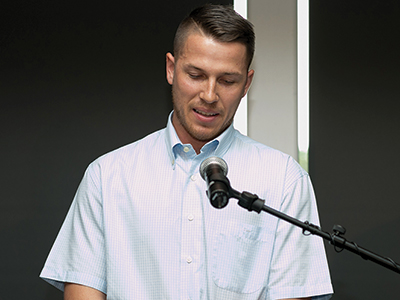 Michael Rogers received a scholarship that enabled him to achieve success both academically and in sport.

“I attended Rosmini College, which had a strong science and technology department. As we lived a long way from school, transport was a problem. I was able to purchase a car with my Yamada O’Regan scholarship to help me get to school. It also helped me buy top quality sportsequipment, which kept me motivated to perform to my best. I represented Ngāi Tahu in two sports, gained University Entrance, and went on to complete a Bachelor of Engineering.”

Michael is now employed in Auckland, and credits his education with enabling him to aim high. 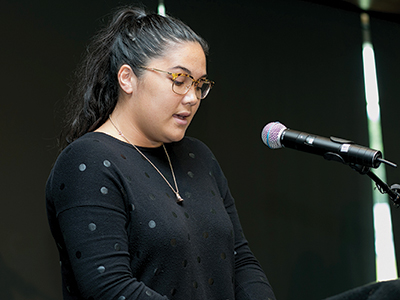 Madison Simons’ father was so unwell through her teenage years that he spent 25 months in hospital over a period of three years, placing enormous stress on her whānau. The scholarship was a huge help, and not just to Madison.

“The scholarship not only aided my own education, but I am convinced that the reduced stress from financial pressures, combined with the power of iwi support, contributed to helping my Dad to heal. By removing the financial stress associated with my education for a period of three years, I could participate in everything that interested me at school. I gained experiences that shaped who I am and provided a stepping stone to getting more involved with my iwi, allowing me to be in sports team that formed leadership skills, and growing my resilience. My pathway could have so easily been very different without these opportunities.”

Madison has now almost completed a commerce degree in marketing and business management, and has secured an internship with Te Rūnanga o Ngāi Tahu. In the future she wants to design a programme that helps rangatahi living in poverty. Having been given opportunities which changed the course of her life, she intends to return the favour to other whānau.