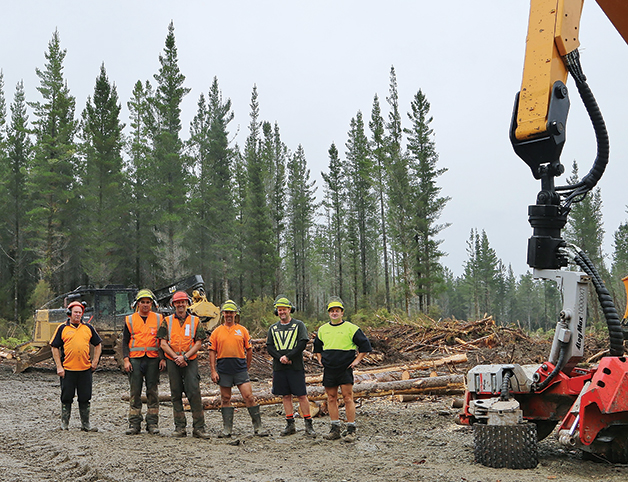 As the largest Māori commercial forest owner in New Zealand, Ngāi Tahu Forest Estates is keen to ensure a sustainable future. It is working with Development West Coast in the hopes of establishing additional bioenergy plants there, starting with a feasibility study.

Bioenergy, as the name suggests, is energy from biological sources like wood and other plant materials, and can be used as a solid, liquid, or gas. It is renewable, unlike finite fossil fuels such as coal and oil. It is the most-used renewable energy globally, ahead of hydroelectricity and wind. It has become a major industry in many European countries and there is potential for this to happen in New Zealand as well.

“Bioenergy as a concept has been around for many years and pulp and paper plants and sawmillers have been using it for a long time; but as environmental concerns have increased over the years and technology has improved, bioenergy application has become more efficient and economically competitive,” says Edwin.

Edwin says there are already a number of excellent examples of bioenergy in action. Christchurch’s redeveloped Burwood Hospital, for instance, has installed a state-of-the-art energy centre to replace its old coal-fired boiler plant. Where once it chewed through 7 tonnes of coal in a day during winter and 3–4 tonnes in summer, its new plant is fuelled by 100% renewable energy – wood and bark, which has significantly reduced the hospital’s energy costs and carbon footprint.

Southern Pine Products in Canterbury is also working in the bioenergy field, turning MDF dust into valuable boiler fuel, which it sells to Moffatt Flower Company in Halswell, Christchurch. By installing a briquette press, they have cut waste disposal costs by more than $180,000 a year and created a new revenue stream. Managing Director Steve Moffatt says heating his large greenhouse complex with the briquettes has improved his company’s carbon footprint dramatically.

Further south, Wood Energy South is a joint partnership between the Energy Efficiency Conservation Authority (EECA) and Venture Southland to encourage a new industry around the use of waste wood, to promote better air quality and more sustainable fuel.

Edwin says that while bioenergy use in New Zealand is in its infancy, the time is right for West Coast companies to consider the savings and environmental benefits of the resources right on their doorsteps.

“Ngāi Tahu Forest Estates is assessing the feasibility of bioenergy applications on the West Coast, and we believe it could improve the returns and efficiency of our forestry operations if we had a local use for bioenergy at scale. Westland Milk Products, for instance, is a plant of reasonable scale and it’s close to our resources. That’s just one plant that could partially or fully convert to wood fuels over the next five-to-ten-year period. Schools, hospitals, and hotels can also benefit from using bioenergy.”

A number of West Coast businesses generate heat through coal-fired plants, but with climate change and the increase of lower emissions technology, there are emerging incentives to convert coal-based operations to renewable energy. The West Coast wood processing industry and Ngāi Tahu Forest Estates are well placed to capitalise on that.

“We currently have 20,000 hectares of productive forest, and an extra 4,000 hectares that we struggle to find an economic return on. If bioenergy takes off, we can take on extra forest crews to recover that 4,000 hectares and replant it with better species for a more productive future.”
Edwin Jansen General Manager, Ngāi Tahu Forest Estates

Ngāi Tahu Forest Estates has interests in the West Coast, Otago, and Canterbury. It owns 54,000 hectares of land, 27,900 of which is planted in exotic forest; and has a sustainable harvest of 260,000 cubic metres of logs per year, with an annual turnover of $30 million.

The annual harvest results in a great deal of wood fibre being left in the forest that could be used for bioenergy production. A bioenergy industry on the West Coast would provide an opportunity for the company to run a more efficient business.

Edwin says that kind of land optimisation would ensure significant value gains for the company over the long-term, along with an immediate increase in employment opportunities for the West Coast.

“I like the idea of creating more jobs on the West Coast and I certainly think there is space for bioenergy here, especially in schools, hospitals, community centres, and even in the heating of community swimming pools,” says Francois.

“It’s a great concept but I think it will ultimately come down to user demand. In the meantime, Development West Coast is looking into it seriously. We need to understand more about bioenergy – what’s required, how it will ‘compete’ against the huge quantity of low-grade coal we have on the Coast. 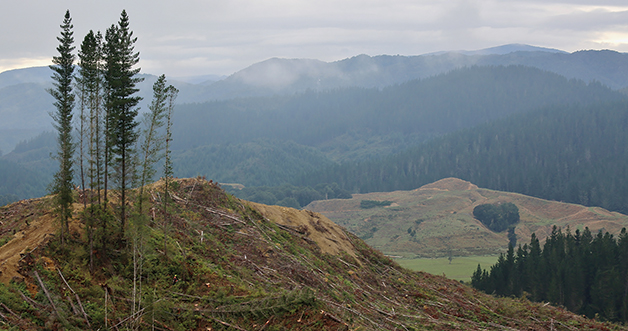 “That’s the sort of thing our feasibility study will look into of course; and Development West Coast has put a significant amount of money into investigating a business case.”

Francois says there are many variables to explore, especially around the feasibility and cost-effectiveness for smaller businesses, or whether bioenergy is better suited to large-scale operations.

“For instance, the 4,000 hectares we would consider for bioenergy is currently planted in acacia and cypress species that are not conducive to saw log production. In the future, we would see those trees as being ideal for bioenergy production, and as the land frees up, we would re-plant in proven forest species that yield better economic returns.”

Edwin says that New Zealand is well advanced in terms of using wood and forest residue for heat and electricity production, and he’s convinced that using wood that would otherwise go to waste as a resource delivers numerous benefits, including additional revenue streams for forestry and land owners.

He acknowledges that achieving Paris Agreement obligations and export market requirements for sustainable production of goods and services will require changes to the way New Zealanders use fossil fuels.

“So in terms of the impact on the West Coast for instance, the mining and domestic use of coal incurs a carbon emission liability for the miner – even for home use and that’s a big cost to New Zealand. Bioenergy, on the other hand, is sourced from sustainably-managed forests and does not result in a carbon emission, as it is offset by forest growth.”

The New Zealand Bioenergy Association’s Executive Officer, Brian Cox, concedes that immediate reductions from renewable energy such as bioenergy would only partly meet the Paris climate change targets. “But at least we would be doing something, rather than waiting for possible research and long-term solutions which may never come,” Brian says.

Important success factors for increased bioenergy use are already in place. New Zealand has ideal forestry growing conditions, a successful forestry industry, and is well-advanced in wood harvesting techniques, and in processing wood residues for heat production.

“Increasing our use of bioenergy means a cleaner environment, reduced carbon emissions, a stronger economy, and more employment which is a good thing for everyone and entirely consistent with Ngāi Tahu Farming and Forest Estates’ objective of delivering economic, social, environmental and cultural outcomes.”