Ahakoa He Iti, He Pounamu
Tour of duty

“I sell peacock feathers,” says Mawera Karetai. But there’s a bit more to the Whakatāne entrepreneur’s business than that. Kaituhituhi Mark Revington reports. 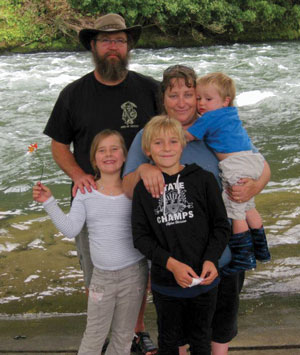 Mawera Karetai says it is a beautiful sunny day in Whakatāne, where she lives with husband Dave Barrett and their children. She would really like to be across the road fly fishing in the Whakatāne River, but there is work to be done.

Karetai (Ngāi Tahu – Te Ruahikihiki, Kāti Kurī, Kāti Moki, Kāi Taoka) runs a successful website feathergirl.co.nz – selling peacock and other feathers around the world. And she is still buzzing with excitement after winning the Māori Entrepreneur and Customer Choice awards at the Eastern Bay of Plenty Chamber of Commerce Business Excellence Awards.

“You work really hard and get really good feedback from your customers but when you get recognised by your community like that, it is huge. I feel really proud and it made my dad cry. It has to be a good thing if it makes your dad cry – in a good way.”

Running your own online business means you can work from home and set your own hours, which sounds fine in theory – but Mawera is the kind of person who views any spare minute as a challenge to be filled.

Seven years ago, the eastern Bay of Plenty had a pest problem with peacocks and other birds such as turkeys. Now Mawera is the peacocks’ problem. She and husband Dave Barrett, originally from Nova Scotia, believe in hunting for the family’s meat. “We don’t buy any meat at all,” she says. Peacocks provided a ready source of meat, but this left the problem of what to do with the feathers.

“We put some on TradeMe one day, and now we have a global business,” says Mawera. It has been so successful that the Bay of Plenty Regional Council no longer poisons peacocks. When a farmer has a problem, the council contacts Mawera and she and her husband go out and shoot the birds. Or get another hunter in to do the job. A by-product of her website’s success has been providing work for hunters.

Mawera and Dave quickly found there was a ready market for peacock feathers, first through TradeMe, then eBay. They next sold via their own website to reduce costs, as Trade Me and eBay charge for every transaction. Mawera, whose background includes a business degree from Massey University, was already building a community of loyal customers.

Today around 25% of the website’s customers are offshore. The feathers are used in various crafts, for headdresses, and in making arrows. “Most primary quills go to Germany for fletching,” Mawera says. The feathers are also used in films and television series. The makers of The Hobbit movie bought thousands of feathers for the arrows used in the films. Same for the makers of the television series Spartacus. The only obvious drawback of the business is the need to pluck all those peacocks – around 800 or so a year.

Mawera was born in Christchurch and brought up all over the South Island, but spent a lot of time around Ōtākou marae. “My dad was a shearer, a truck driver and a coal miner; and then Māori Affairs brought me up to the North Island on a scholarship when I was 16. I left high school to study horticultural science at the Bay of Plenty Polytechnic but it turned out that wasn’t really what I wanted to do. I went off and studied a whole lot of other things at university and now I sell feathers and raise a family and… oh I do so many jobs.”

Also included on her CV is a graduate diploma in dispute resolution. She is now halfway through another degree majoring in psychology and sociology. “I love to learn,” says Mawera. “It is my favourite thing to do.”

Dave is a hunting and trout fishing guide – beguided.co.nz – and the couple has also set up a wild foods cooking website – thewildcooknz.co.nz. So just how successful is feathergirl.co.nz? Mawera is coy about the numbers but she set up the website seven years ago, ran it part time for the first three years and it has been full time for the last four years. “We own our own house and make enough to send two of our children to private schools,” she says.

He likes lasagne and Cookies and Cream ice cream. His favourite movies are the three The Lord of the Rings films. He lists his hobbies as speedway and listening to music.

Hayden Sims is a typical teenager, with one exception. He’s regarded as a future New Zealand speedway champion. Someone who could take New Zealand back to the glory days of Ivan Mauger and Barry Briggs. 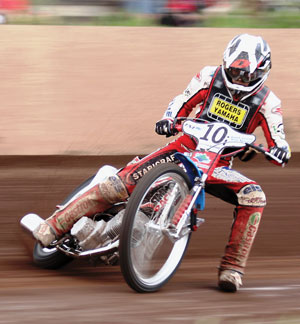 Hayden is from Kapuka near Invercargill, and is in Year 11 at Verdon College. He lives with his mum Maree (nee Weir), dad Darryl and brother Bradley. He is Ngāi Tahu through his mother’s side and a descendant of the original settlers of Whenua Hou (Codfish Island).

At seven, he was riding a 50cc motorbike around the family farm. By the time he turned 12, he had taken up speedway racing. His ambition is to follow in the footsteps of Mauger, the Kiwi who won nine world speedway championship titles.

Speedway riders need both physical and mental ability, says veteran Ronder McKinlay, who has been coaching Hayden in the past two years. “Hayden has the right temperament; the ability to take things in his stride. To ride a
motorbike that quick, you need good mental stability. And his riding ability is something I haven’t seen for a long time in someone of his age.”

Hayden moved up to the 500cc class this season, and has been competing and training in Australia. The next stage in his development will be a season in Europe, where speedway is huge.

The key to a successful career will be gradual development, says McKinlay. “He’s still a kid and we tend to push these kids too far, too fast sometimes, when they show talent.”

Major Melanie Cochbain says she just did what she was trained to do when the Taliban attacked in Afghanistan. Kaituhituhi Mark Revington reports.

“I was just doing my job,” says Major Melanie Etara Cochbain of the action in Afghanistan that saw her recommended for a Bronze Star by the US Army, the fourth highest combat medal awarded by the Army. 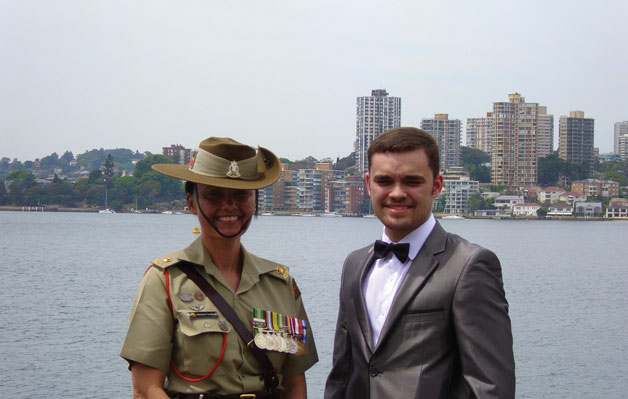 Melanie (Ngāi Tahu, Kāti Māmoe, Waitaha – Ngāi Tūāhuriri) left New Zealand for Australia aged nine and has served in the Australian Army for the past 26 years, including overseas posts in the Sinai Desert, Iraq and Afghanistan.

And she admits to being quietly chuffed, although insisting she was just doing her duty.

“I was literally doing my job. We had an attack in April where the Taliban launched coordinated attacks against multiple targets in Kabul. Our camp was one of those under fire. We were pretty much done up in body armour and carrying weapons for 24 hours.

“There were mortar rounds coming in; small arms fire and they had put IEDs (improvised explosive devices) in vehicles near checkpoints. It was a little exciting and a little scary at the same time.”

Training kicks in when the bullets start to fly, Melanie says. “We did extensive training over there, drills for what we would do under siege, things as simple as learning to shoot your pistol from your desk. If someone came in from the left or the right, not having to stand up and make yourself a bigger target. So the training you get before you go and while you are there prepares you. The only thing it doesn’t prepare you for is IEDs, because you don’t know where they are coming from.”

Melanie’s role in Afghanistan was with a NATO training mission responsible for preparing Afghan national security forces to take the lead in security. “We were essentially rebuilding their army and police from the ground up.”

Despite all the negative stories about the calibre of Afghan soldiers, she says the training appeared to be working.

Melanie worked as military assistant to an Australian brigadier whose role was to help the Afghans across sectors as diverse as the rule of law, equity and diversity and anti-corruption. Then she moved to operations, preparing briefings for the deputy commanding general. It was a multinational affair and her chief of staff, an American colonel, recommended her for the Bronze Star, presented in a ceremony on her last day in Afghanistan. The Americans, she says, do that sort of thing pretty well.

“The Americans are very big on ceremony; very good at recognising people in those circumstances.”

“She has continued to excel,” says Joseph. “Certainly, as her older brother, she has made me very proud.”

Her mother chimes in. She is also proud of her warrior daughter who has, she says, an impressive list of citations. She remembers taking Melanie to an army base for induction. She was told to expect a call three or four days later from Melanie, telling her how bad training was. But three or four days went by without a word.

“Ten days went by before I finally heard from her,” Pauline says. “I’d begun to really worry. When she finally rang, I said, ‘How is it?’ She said, ‘Oh mum, I love it.’”

“We have learnt over the past 10 years and especially from Afghanistan that we have to look after our wounded soldiers, not push them out the door. We rehabilitate them and try and keep them in the army.

“I look back and think we are doing really well now but I wonder how we coped in the past, in places like Vietnam when we didn’t have these processes in place.”

Te Rūnanga o Ngāi Tahu kaiwhakahaere Mark Solomon has been recognised as a visionary leader. Judges for the Deloitte/ Management Magazine Top 200 Awards called him “unquestionably one of the most constructive players involved in trying to deliver a positive, fair and enlightened future for New Zealand” and said there is much business organisations can learn from Ngāi Tahu’s ability to successfully merge complex traditional Māori governance with contemporary commercial governance structures.

The judges described Solomon as a humble, compassionate and astute leader who has helped shape and advance the renaissance of Māori enterprise and society, noting that while commercial success for Ngāi Tahu is critical, “from Solomon and the iwi authority’s perspective that success is simply the means to secure financial, cultural, physical and spiritual well-being for future generations”.

And Glen Jackson (Ngāi Tahu), the former Bay of Plenty and Chiefs first five, was named Māori Sports Umpire/Referee of the Year. Jackson, also a New Zealand Māori representative, ended his playing career in the UK with Saracens where he was named the 2006/2007 Professional Rugby Players’ Association Player of the Year. 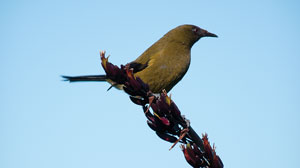 The korimako originated from Rehua or from the union of Tāne and Kahuparauri, as did the tūī and kōkako. It is a bird of great tapu known to carry messages to and from the heavens. Punaweko and Tūwhaia are its guardians. The wisdom of korimako and tūī was heard in karakia prior to the battle of the birds, and embraced by the birds of the forest as a strategy to triumph over the power of the sea birds. The presence of korimako or tūī signals a coming visitor. If rain is approaching, the korimako includes a certain chime in its song – I te ō kōparapara.
He whakataukī mō te korimako

“He iti te kōpara kai te rērere ana i runga i te puhi o te kahika”
Although the bell-bird is small, it flies to the crown of the white pine.

Also: “Iti te kōpara, kai tākirikiri ana i runga i te kahikatea”
Although the bellbird is small, it plucks at the kahikatea.

These two whakataukī teach us that an insignificant position does not prevent one from achieving lofty aspirations.