Amanda Malu – the past, present and future of Plunket

In 2016 Amanda Malu became CEO of Plunket, an organisation preceded by its reputation as the largest provider of support services to families with young children in Aotearoa. It is a role that has challenged Amanda, brought her closer to her roots, and ultimately allowed her to pursue her passion of ensuring all New Zealand pēpi get the best start in life. Kaituhi Anna Brankin reports. 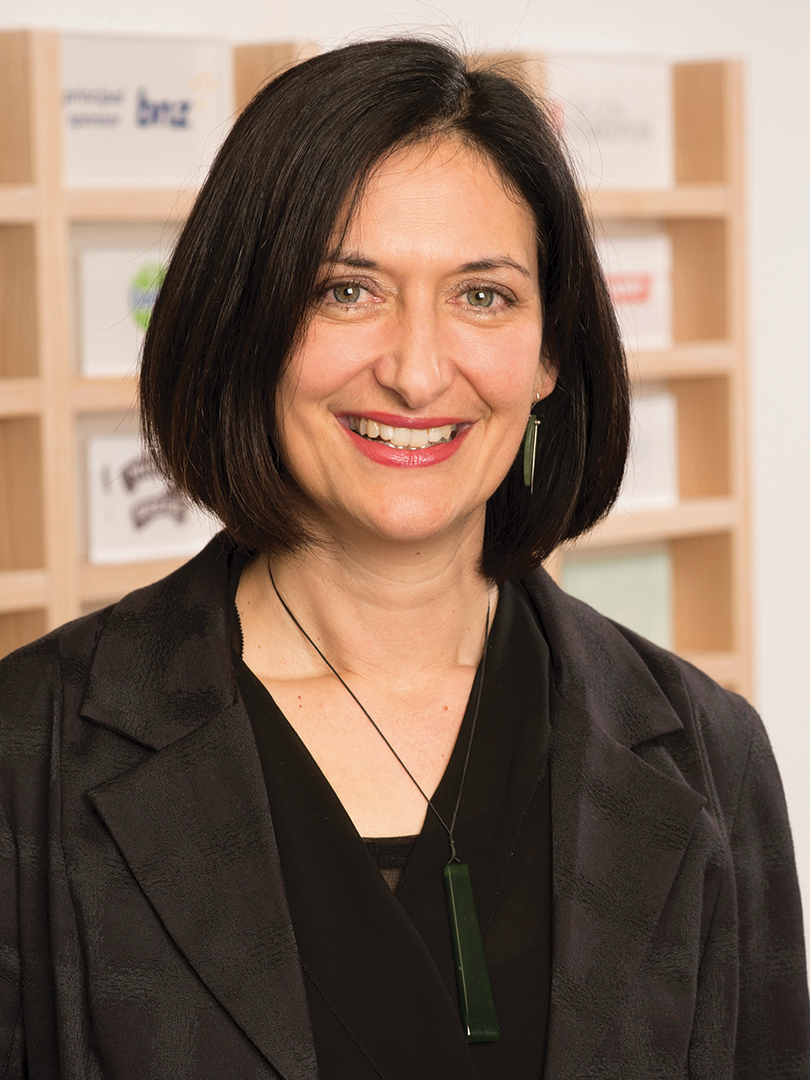 Amanda Malu is a woman on a mission – several of them. She uses that phrase several times in our conversation as she describes the changes she’s determined to make, both on a personal level and in her capacity as CEO of one of New Zealand’s largest charities.

Just the other day she was toying with the idea of trying to convince her board that it would be a good idea to give her three or four months off to pursue immersion learning for te reo Māori – a lifelong journey that now more than ever she feels ready to commit to. “But that’s probably unlikely,” she laughs.

Amanda’s time at Plunket has been a whirlwind. She entered the organisation about three years ago as chief marketing officer, a challenge that excited her as it allowed her to draw on her experience in communications and marketing, as well as introducing her to the fundraising function that drives Plunket’s free services. After a short time in the role, she knew it was an organisation she could see herself working for long-term.

Eighteen months later she stepped into the CEO role when her predecessor retired, and after six months, this position became permanent.

Amanda’s experience at Plunket has been especially meaningful, both professionally and personally. Shortly after her arrival at the organisation she remembers reading up on the history of Plunket, which was founded 111 years ago by Sir Frederic Truby King in Karitane. She stumbled across a reference to the first Plunket baby, a Māori baby named Thomas Mutu Ellison. Her great-grandmother was an Ellison by marriage, so she suspected immediately that there would a connection of sorts, and jumped on the phone to her sister. “As only big sisters can, she said, ‘Uh, yeah, that’s Uncle Mutu!’” It was an amazing surprise to discover that the first Plunket baby was none other than the Uncle Mutu she had heard about in family stories her whole life – her grandmother’s half-brother (her great uncle) who passed away when Amanda was young.

Interestingly, Amanda has yet another whānau connection to the Plunket story. “I always knew my great-grandmother was a midwife. Her name was Meri Hipi, sometimes known as Meri Harper or even Meri Apes,” she laughs. “But it turns out she was heavily involved with Truby King, along with another midwife – they were basically the first Plunket nurses.”

Learning more about these wāhine set Amanda on yet another of her missions – to share their story.

I ask her whether uncovering this information changed the way she felt about her role. “Oh gosh yes,” she says. “And if I didn’t feel a huge sense of responsibility already – I do now!”

This sense of responsibility has served Amanda well as she steers Plunket into the future, continuing the high standard of inhome service that the organisation has always provided, while seeking to continually improve and develop their services.

“We see over 90 per cent of newborn babies in New Zealand, which is around 50,000 babies a year,” she says. “And on top of that we’re working with 240,000 families at a time, supporting them from infancy to school age.”

One of Amanda’s key goals is to ensure that Plunket stays relevant in catering to an incoming generation of tech-savvy mums. “These young mums, they’re digital natives these days,” she says. “They live and breathe in the online world, and we need to make sure that we’re meeting them there.”

This ambition partners well with another strategy that Plunket are working on developing – better serving the unique needs of Māori and Pasifika families. “We have a lot of families – and actually our nurses too – who complain that the first meeting can be quite impersonal, with nurses needing to capture a lot of information about baby before getting to know the family,” Amanda explains. “If we can have families providing that information online, it frees up the nurses to provide a warm, welcoming, friendly first visit.”

One of the major changes Plunket has undertaken under Amanda’s leadership is around their governance restructure in 2016. “We had a very complicated governance structure in which we basically had 18 regional boards, with one national board overseeing them,” she explains. “It meant that a lot of the free services we provide – other than the Plunket nurse service, which is funded by the Ministry of Health and available to all families – were available in some regions and not others.” This is because these services are offered as a result of successful
fundraising, and in some regions there are higher levels of volunteers and more successful ongoing fundraising campaigns. In 2016 a successful vote meant that the governance structure was changed. There is now just one national board that distributes all national fundraising.

While this decision was not without controversy, Amanda believes that it was of the utmost importance. “I hear people saying a lot that New Zealand is a great place to raise children, and in fact we have people moving here from overseas for that reason,” she says. “But the facts are that 25 per cent of our children are living in poverty and over 6000 children are in the care of the state. These statistics are completely incongruous with the idea that New Zealand is a good place for children.”

Amanda sees it as Plunket’s responsibility to be part of the change for these children, and providing an equitable distribution of services across the country is part of that. It’s a change she is confident that Plunket can play a real part in effecting.

“I am so lucky to be working in an organisation of such amazing people,” she says. “I get out into the regions whenever I can and tag along to home visits with the nurses, and it’s absolutely magic to see what they do. That’s what keeps my fire burning. Even here in Wellington, my office is next door to the Plunket helpline and it’s amazing to hear our operators helping parents with anything from advice on breastfeeding to real crisis intervention.”

I ask Amanda whether the last 20-odd years she has spent in Wellington has dimmed the connection she feels to her tūrangawaewae and she gives me an emphatic “no”. 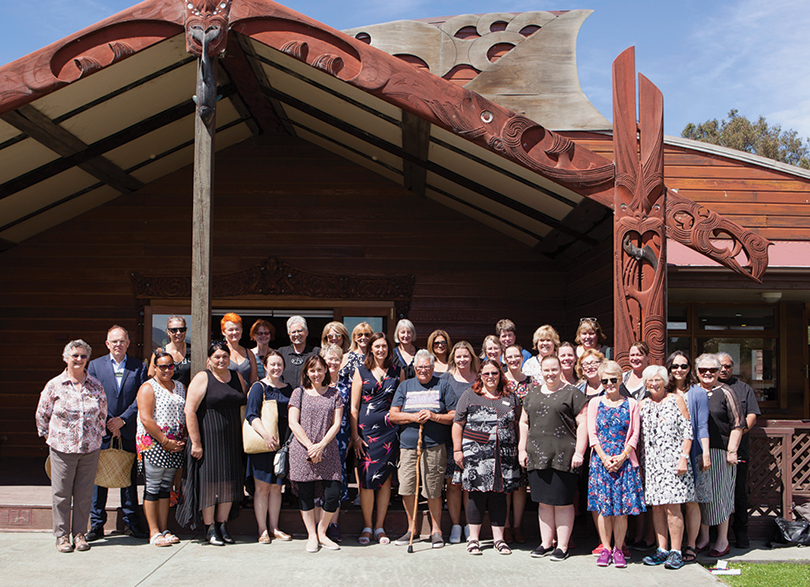 “I was born in Blenheim but spent most of my childhood and teenage years in Christchurch; so I’m a South Island girl through and through,” she says. “My dad grew up at Morven, so Waihao has always been home for us, and I’m very lucky that my sister still lives at Morven so she keeps the home fires burning for the whole family, which is a big responsibility really.”

She always knew of the connection to Puketeraki, as her grandmother grew up there, but it wasn’t until discovering the close connection to the origin of Plunket that Amanda really began to explore her background there. This led to a decision to celebrate the 110th anniversary of Plunket’s conception earlier this year with a pōwhiri and hīkoi at Puketeraki Marae. “It had been a busy couple of weeks leading up to the anniversary and trip to Puketeraki,” Amanda recalls. “I remember that it felt like just one more thing on a long list of busy-ness as I was preparing to travel down. But then I arrived and everything just melted away. It was like a homecoming; it affected me on a really spiritual level that I was not expecting at all.

“My sister travelled down from Morven to take us onto the marae and perform the karanga for us, and on the home side my cousin Suzanne Ellison was performing the karanga to welcome us on. It was so special.”

So what does this unique connection between Ngāi Tahu and Plunket mean? Amanda is quick to distinguish between her personal whakapapa and the whakapapa of the organisation. “It’s not just about me,” she laughs. “But it’s so important to remember how Plunket came to be – it was truly a bicultural partnership, a service developed for the needs of Māori whānau. We need to remember that today. And our staff love it. We had people from all over the South Island attend the anniversary celebration and they just loved it. We need to keep that connection alive.”

Amanda is enthusiastic about the prospect of collaboration with Te Rūnanga o Ngāi Tahu. “And that has nothing to do with the fact that I’m Ngāi Tahu,” she says. “It’s because of the amazing reach Te Rūnanga o Ngāi Tahu has over Te Waipounamu. There are amazing opportunities there. In the past Plunket has tended to just get on and do it – we see a need and we fill it. But in the future I’d like us to be much better at partnering and collaborating. There’s no need for us to duplicate services that others are providing well, but we might be able to work with them to improve it or take advantage of our reach into 90% of households to distribute it.”

Above all, Amanda’s aspirations for Plunket are simple – to give every Kiwi baby the best possible start in life. “All the evidence these days tells us that the kind of experiences a child has in their first few years of life has an absolute lasting impact,” she says. “So much hinges on getting the very best start. And Plunket, we’re right there in such a large number of homes. We have a real opportunity, but more importantly, an obligation to do our part in ensuring these wee babies get everything they need.”