Aukaha
The Stolen Stars of Matariki 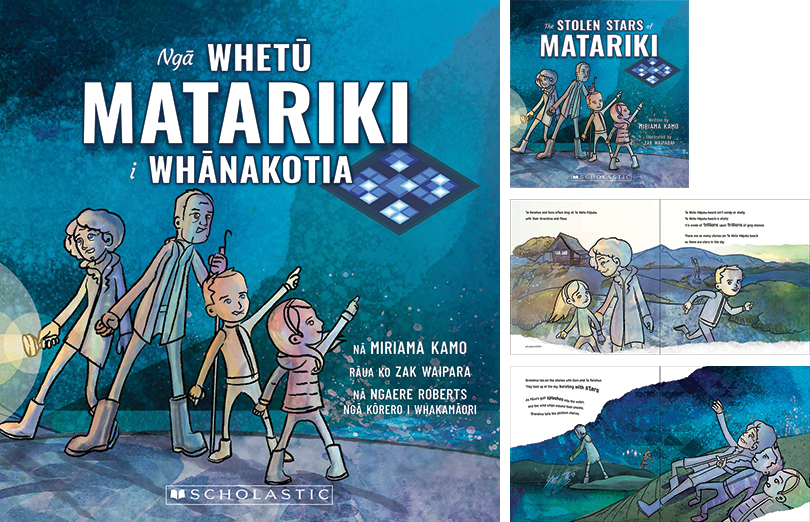 The Stolen Stars of Matariki is a recently released children’s book written by broadcaster and debut author Miriama Kamo and illustrated by Zak Waipara. The story tells of Te Rerehua and Sam (the names of Miriama’s own tamariki) visiting their Grandma and Pōua at Te Mata Hāpuku.

“My favourite place in the world is Te Mata Hāpuku, Birdling’s Flat, which is where my parents live,” says Miriama. “The story that I’ve written is very much true to my own childhood – the whole family going eeling, and lying back on the stones to look at the stars.”

When they look up into the night sky, Grandma notices there are two stars missing from the Matariki cluster. Te Rerehua and Sam must rescue the stolen stars from the patupaiarehe (fairy folk) and return them to their rightful place in the sky.

“I wanted to include patupaiarehe because we were told about them when we were growing up at Te Mata Hāpuku, and we were warned about being careful of the taipō (goblins, spooks) and avoiding the tapu areas,” Miriama says. “So the words I use at the beginning of the story about Birdling’s Flat being a wild and windy place really reflect that – it is a magnificent, raw sort of place that feels ripe for and rife with otherworldly beings.” 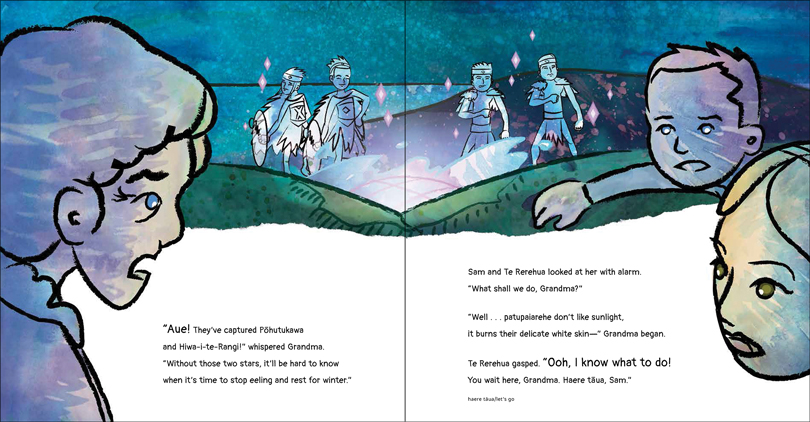 In The Stolen Stars of Matariki there are seven stars left in the sky after the patupaiarehe have stolen two – Miriama’s playful nod to the ongoing debate around the number of stars in the cluster. In Western astronomy the same cluster is known as the Pleiades or the Seven Sisters, but recent research suggests that Māori astronomers or tohunga kōkōrangi recognised nine stars in total. The rising of Matariki signalled the beginning of the Maramataka (lunar calendar), and each star in the cluster had a defined role in Te Ao Māori. Tohunga kōkōrangi would make predictions about the coming year based on the colour, clarity and shape of the stars.

The Stolen Stars of Matariki was a labour of love for Miriama, and she expresses her gratitude to Zak Waipara for bringing it to life with his illustrations. “He’s actually a family friend, and it turns out that he and his brothers used to go to Birdling’s Flat as children, so it just felt like kismet,” she says. “He’s got such an evocative style, so it has been amazing to have that strong imagery created by somebody who knows the area that the book is set in, and knows me.”

Aukaha is a regular feature that celebrates the creative talent of Ngāi Tahu whānau. If you would like to win a copy of The Stolen Stars of Matariki, or see your work (prose, poetry or visual arts) published in TE KARAKA, please contact us.

If you would like to see your work (prose, poetry or visual arts) published in TE KARAKA, please contact us.