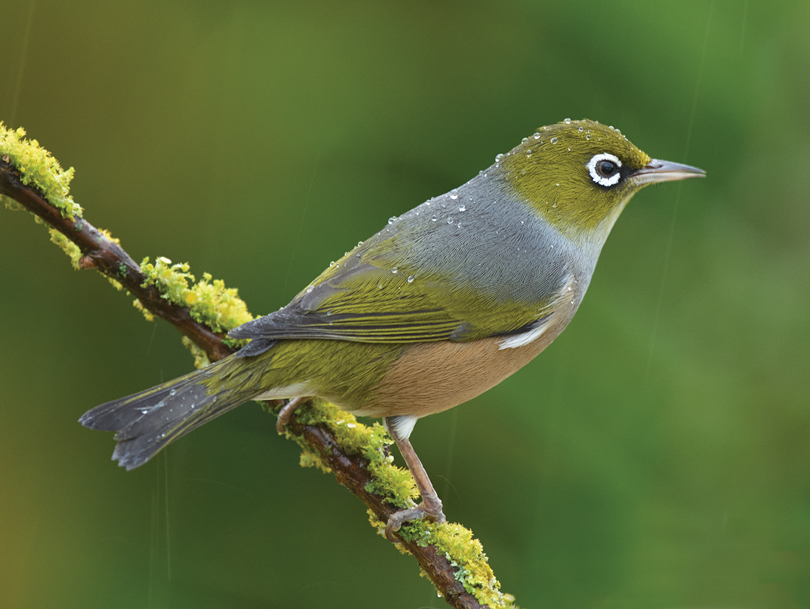 As I write this piece from my whare nestled in a hilly Ōtepoti suburb, I can see kererū perched on the power lines, bellies full from backyard fruit trees; tūī perform spectacular aerobatic stunts between the treetops; pīwaiwaka tease and tattle-tale; tauhou fuss and flash their silvery eyes; pūtakitaki pairs keep vocal tabs on each other, and kāhu glide, searching for their next meal.

After nightfall, I hear rūrū relay messages, their call the only sound that breaks the darkness.

Just down the hill in the CBD, the calls of these manu are replaced with the hustle and bustle of traffic and people. But just imagine if the city centre was alive with the sound and sight of native manu – their kōrero and waiata breaking the drone of everyday life. 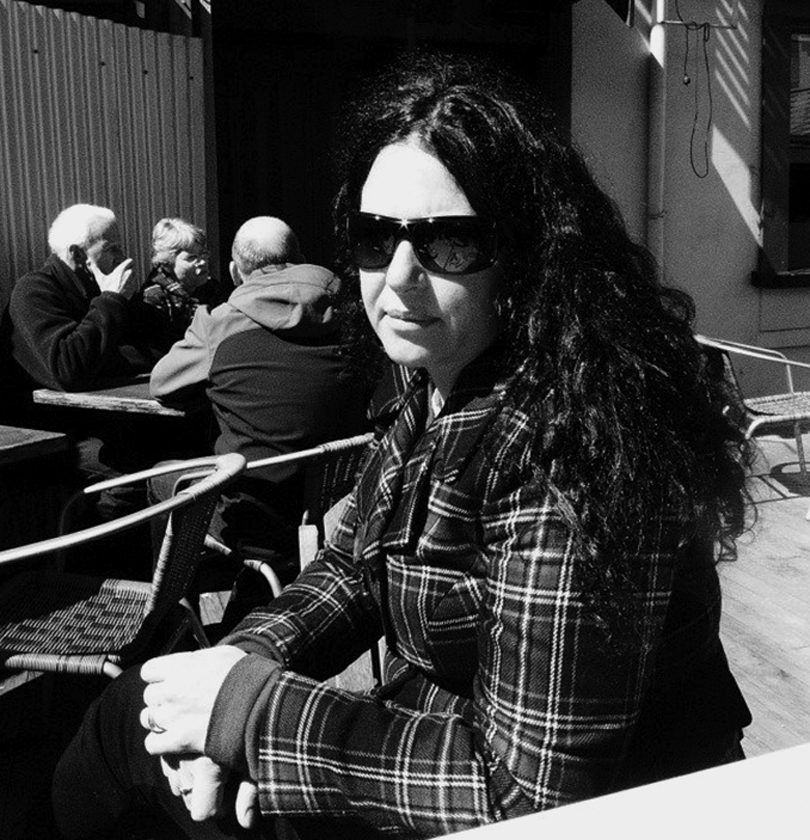 That was the vision of Kāi Tahu artist Vicki Lenihan when creating the installation of her aural project, Tū atu, tū mai – he karaka manu ki kā manuhiri.

“It was a metaphor for the re-indigenising of the creative landscape, and thus paralleling the reinvolvement of mana whenua in our city’s creative storytelling,” says Vicki.

“ … a call to action, a wero to the citizens of Ōtepoti to recognise the opportunity to respond to decades and centuries of denying mana whenua our right to be seen and heard on our tūrakawaewae, and to embrace the celebration of our stories
in our place.”

Well-known multi-media artist Vicki is involved in the Paemanu: Ngāi Tahu Contemporary Visual Arts show at Dunedin’s Public Art Gallery. She is also working with Tāmaki Makaurau artist and academic Dr Alex Monteith, and Dr Gerard O’Regan, of Tūhura Otago Museum, on the latest iteration of a longitudinal project that functions in many ways to reinsert our voices into the academic story of the activities of our tūpuna – an art-meets-archaeology multidisciplinary venture.

From the outside it is easy to see Vicki’s work focuses on engaging whānau, encouraging people to look that little bit further, to ask questions and collaborate with each other, while also calling us to action to honour our tīpuna and to look after our natural world.

Her work is centred in mātauraka Māori and informs her daily routine, her understanding of the past, and helps guide her decisions and plans for the future.

“It’s more than just a set of lessons or empirical observations, to me it’s a way of being … a way to locate myself, physically, spiritually, temporally. It doesn’t function on its own – it sits in my kete with many other inherited and learnt skills that altogether form me while they inform me.” 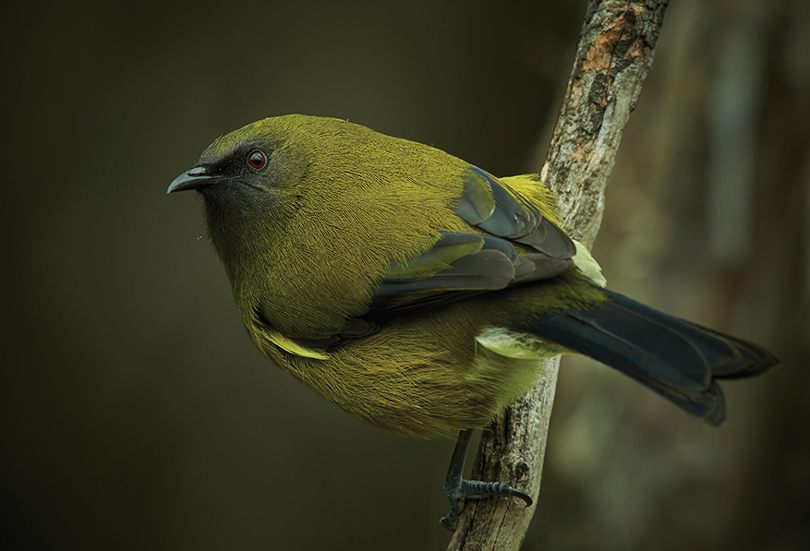 The Tū atu, tū mai – he karaka manu ki kā manuhiri recordings were commissioned by the Dunedin Dream Brokerage as a Platform Project, where artists are invited to brighten up the city’s CBD. Throughout March the sounds of our native manu could be heard when walking up George Street. Most audibly were tūī, tīwaiwaka, kōmako and tauhou. The placement on Dunedin’s main street was all about visibility. Ōtepoti has no shortage of bush providing the perfect habitat for our native bird species. However, Tū atu, tū mai – he karaka manu ki kā manuhiri was about enticing them back to the city centre. For Vicki it was an amazing opportunity to reach hundreds of people every day, and to encourage them to wonder, or think, or make further enquiries about the manu they were unexpectedly hearing on their daily commute to the office.

Vicki says she’s always listening for kakaruwai, but they tend to hide away. “Sometimes we hear pūtakitaki and kākā across the Northeast Valley, and there’s been talk in our neighbourhood (Ōpoho) of the sound and sight of a kārearea; kāhu are regularly seen along with plenty of kererū. However, the sounds I hear are the latter, more swoop and crash-land than a vocalised boom!” 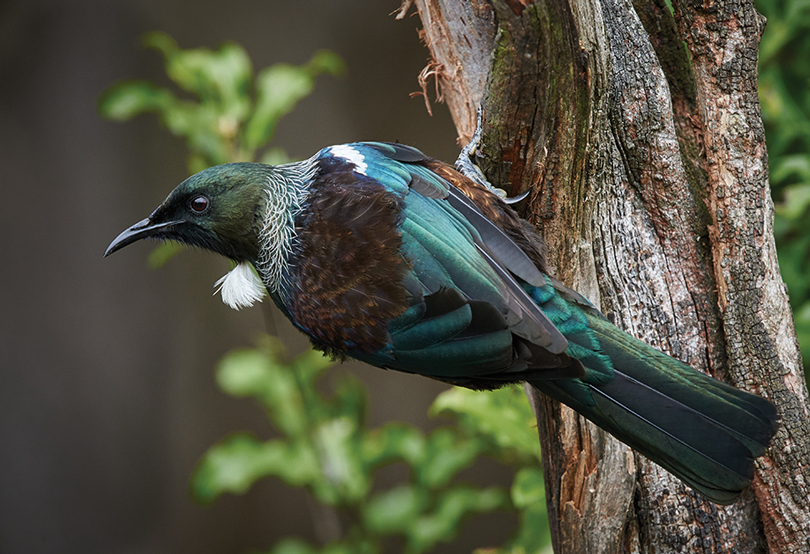 One thing included in Tū atu, tū mai – he karaka manu ki kā manuhiri that isn’t commonly seen was the creation of braille-stamped pamphlets to go alongside the installation. This was an important addition for Vicki, who upholds a belief in the importance of manaakitaka. “We have a responsibility to do what we can to champion accessibility… maybe just by providing a comfy chair, or kaputī, or including a wee tactile message, that’s enough to make someone feel welcome where previously they didn’t.”

Vicki’s installation in the heart of Ōtepoti is, at its roots, a beautiful tautoko to the voices of our feathered cohabitants and reminds the citizens of our southern city to embrace the Kāi Tahu stories which have inhabited this whenua for centuries, while also providing a calming respite from the hubbub of the CBD’s daily machinations.

“Where better to locate mahi toi that aims to generate kōrero about nature, than in nature?” Vicki says. “Humans aren’t separate from Te Ao Tūroa.”