Blow them down the lake 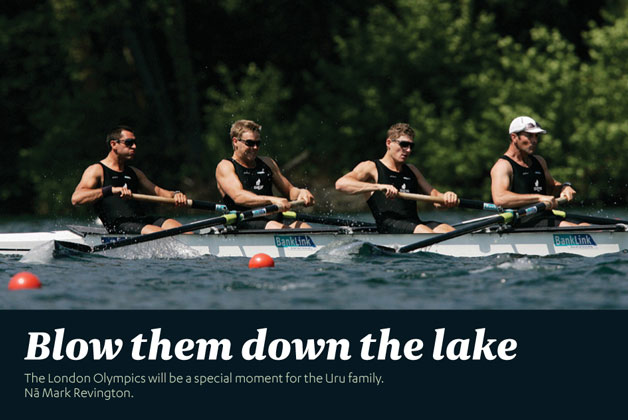 A poster on a wall in the Uru household when Olympian rowers Storm and Jade were growing up showed a mother and father holding the hands of two children on top of a mountain. Across the poster were the words, “Give your children wings and let them fly”.

Now the brothers,(Ngāi Tahu – Ngāi Tūāhuriri) through their father Bill, are both off to the Olympics as members of the New Zealand rowing squad after years as fixtures in elite rowing both nationally and internationally.

Older brother Storm, a 2009 world champion with Peter Taylor in the lightweight double sculls, was 23 when he competed at Beijing. He and Taylor narrowly missed gaining a spot in the final after finishing fourth in their semi-final. The London Olympics are a first for Jade, who will compete in the fours at the same age his brother first competed in an Olympics.

The prospect of both brothers competing at the same Olympics is unbelievably exciting for their parents Bill and Robbie from Myross Bush in Southland. 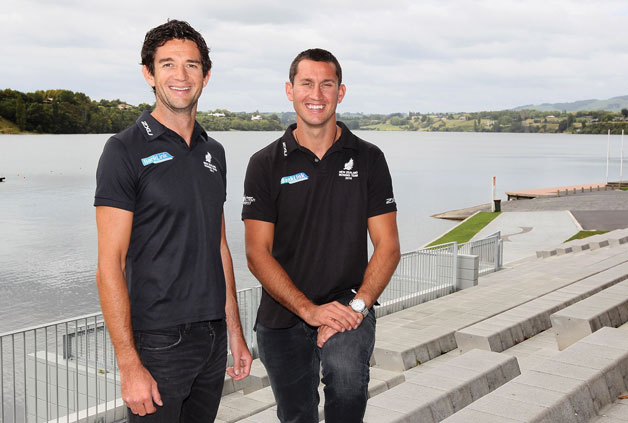 Above: Storm, left, and Jade Uru

And like Storm who is older and more experienced, with one Olympics under his belt, Robbie says she and Bill are wiser about what to expect. Storm has said he is “light years” ahead of where he was in 2008 at Beijing, in a much better mental state to deal with the unique pressure of an Olympic campaign. Likewise Robbie and Bill who head for London this month: “An Olympic year is a totally different ball game,” says Robbie.

Winning an Olympic medal requires mental toughness. Watching your sons compete at the Olympics is nerve wracking, says Robbie, and there is little she and Bill can do to make their sons go faster. “Blow them down the lake,” is her mantra.

The brothers began rowing in their early teens. “Storm was 13 and Jade was 14. Storm got asked by a good friend who was coaching and needed a fourth rower to make up a crew and it went from there,” says Robbie.

“Jade was good at rugby but developed a ligament problem in his knee and the specialist suggested rowing to keep his knee static. We encouraged them to do sport because it kept them out of trouble.”

Storm and Jade’s potential wasn’t immediately obvious but like any parents committed to their children’s chosen sport, Bill and Robbie were their sons’ biggest supporters. With two rowers in the house, life can become a blur of travelling, training, and feeding.

“We were always there when they rowed,” says Robbie. “As teenagers they weren’t outstanding rowers but we supported them anyway because that’s what you do. But when they started to step up and really commit to the sport, I knew they would make it.”

These days the brothers are based in Cambridge, near the home of Rowing New Zealand’s Lake Karapiro headquarters, and their parents often don’t see them for months at a time.

“Other people have their families round for Sunday night dinner,” says Robbie. “We don’t. We learned early on to make choices and stand by them. Financially it has been a strain at times. We have to prioritise what we do in life and spend our money on, but look what we have gained.”