Tags: He Reta, Letters to the Editor

He Reta
Letters to the Editor 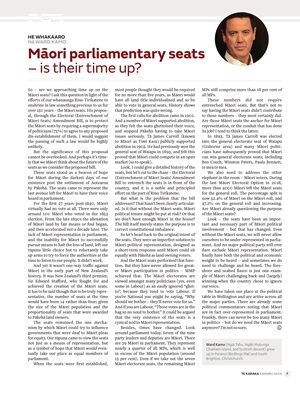 Ward Kamo’s piece on the Māori parliamentary seats (Te Karaka Vol 81) is instructive. However, kōrero on the times leading up to the establishment of the Māori seats in 1867 provides a more vivid picture.

The Māori parliamentary seats came about in the middle of the Victorian era. At the time politics in New Zealand amounted to a series of personal and provincial struggles. Victorian views on class and gender are telling. New Zealand was governed for much of the 19th century by male well-to-do landed cliques in provinces.

To an extent this explains how Māori were excluded from the political process up to the establishment of the Māori parliamentary seats. 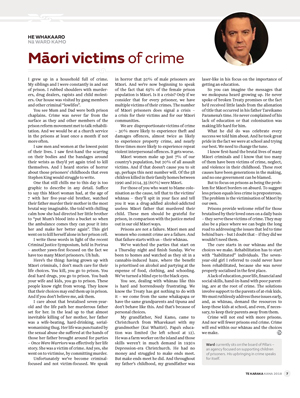 I am a retired professor of management from Monash University, and I was New Zealand born and educated before I worked in prison aftercare in Christchurch. Māori crime and imprisonment are more than just planned misbehaviour. I consider that for many Māori offenders it represents a state of unsorted trauma. It is a mental health state of mind. It begins early in life, probably infancy. After 10 years working in the criminal justice system in the fields of probation and prison aftercare, I found that many offenders did not have a sense of belonging.

They did not belong to anything, so they did not feel for their injured victims. How could they? These Māori seemed more disconnected than their Pākehā peers. Loss of ties to whānau and whakapapa was proof of very deep personal and social failure. Prison seemed a softer option than facing whānau shame. Sentencing today does not reflect this trauma of disconnection. Until a reconnection occurs, frustration will run deep on all sides of criminal activity.

Our Christchurch massacre is an extreme version of this disconnection trauma in my opinion. 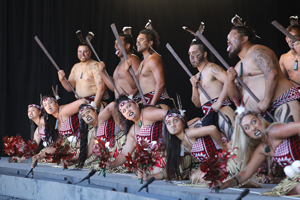 In the last issue of TE KARAKA we published a story about the Hepi whānau and their passion for kapa haka. The youngest of the seven Hepi siblings is Anihana, not Anihera as was published. Anihana was named after her great-grandmother Anihana Tau-Briggs – the first Māori mayoress of Aotearoa, when her husband Frederick was mayor of Lyttelton. Anihana can be seen front row, second from the right in the picture on page 15, accompanying the story. Our apologies to Anihana and the Hepi whānau for this mistake.