When you send out close to a million hooks on a four-week fishing trip, you can expect the odd seabird to be part of the collateral catch. But that’s not the way Greg Summerton (Kāi Tahu) views it. Greg is the founder of New Zealand’s largest privately-owned long-line fishing company, and a director of Ngāi Tahu Seafood. He believes passionately in sustainability because it stems from his values. 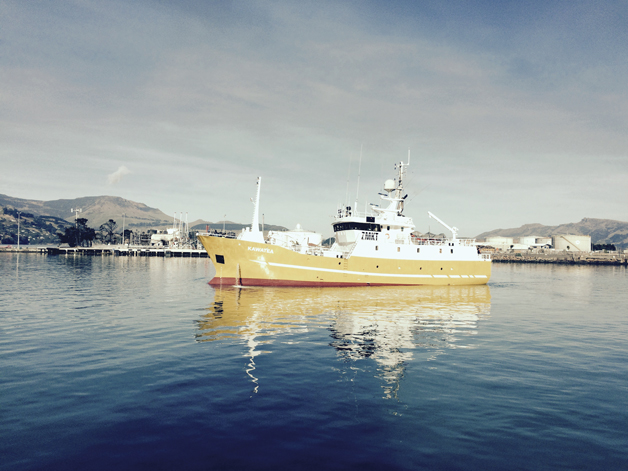 Greg’s fleet uses marine biofuel. His company – Okains Bay Seafood – selectively fishes the Chatham Rise off the east coast of Te Waipounamu, for fish such as ling, previously considered a species of low value. Greg is planting thousands of trees on his station behind Kaikōura. He also developed recyclable cardboard packaging featuring water-based inks, because he didn’t want to use the traditional polystyrene boxes used in the industry.

When the opportunity came to install Australasia’s first seabird scaring device on the stern of Kawatea, his new state-of-the-art longliner, he didn’t hesitate. Not even at a price tag of $40,000.

The device is a laser beam, developed by Mustad Autoline, a Norwegian company, in partnership with a Dutch company called SaveWave. The SeaBird Saver won a 2014 World Wildlife Fund Smart Gear award.

It extends out over the stern and keeps seabirds from diving for the hooks. Birds are afraid of the moving beam, and tend to keep away. Greg calls it “the Darth Vader beam” and it works – the bird catch rate has reduced to zero.

It doesn’t sound like much in the scheme of things, but Greg remains focused on leading the way in sustainable fishing in Australasia.

“It is a huge investment and I stuck my neck out to do it, but at the end of the day we want to feel good about what we are doing.”