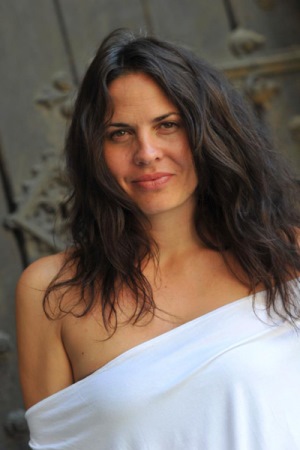 Tamar McLeod Sinclair may have left New Zealand on a one-way ticket back in 2005 to pursue her singing career but she still feels closely connected to her Ngāi Tahu whakapapa.

Currently back in New Zealand for a whirlwind tour that includes one-off concerts in Auckland and Wellington, Tamar draws on her roots to deliver unique performances in te reo Māori and English, bringing together the sounds of jazz, Māori and world music. She sees her visit as a chance to reconnect with her homeland and soak up the country’s natural beauty.

Although she was born and raised in the North Island and has not spent a great deal of time in the south, Tamar has always felt a strong connection to Māori music.

“Waiata have been a part of Māori life for centuries and I’ve been drawn to them ever since I was a child. I studied at the New Zealand School of Music in Wellington and as part of my studies, I did a paper on the history of waiata. I soaked myself in that. Singing in te reo Māori and drawing on traditional waiata and chants has given me a much deeper understanding of myself and what it means to sing. For me it’s very important to keep learning – the language and the waiata, and to acknowledge the sacred part of life through music,” she says.

Born in Takapuna of Ngāi Tahu, Polynesian and European descent, Tamar, 34, left New Zealand to learn from other cultures and to share her music on an international level. During her ten years away she has trained and sung with many highly acclaimed international artists and theatre companies including Lisa Sokolov at the University of New York, Peter Elkus and L’Association Art Musique Europeenne, and Ida Kelarova and the International School for Human Voice.

Tamar has performed at numerous music festivals and jazz clubs in Spain and her music has aired on radio in Spain, Italy, Australia and New Zealand. 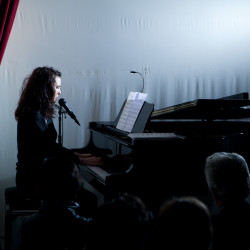 It’s been a whirlwind decade filled with travel and opportunities but for the last three-and-a-half years, Tamar has been settled in Barcelona with her Spanish musician husband, Paco Salazar, who, she says, is “a pioneer of Indie Rock music in Barcelona.”

“Barcelona is a very vibrant city that has been home to many great artists, like Dali, Miro, Gaudi. Paco and I have built a home there and established a studio (called Te Aroha), where I can teach singing. It’s a very creative place and a good international base for me.”

It is in New Zealand though, that she feels the pull of natural beauty and the urge to reconnect with her whānau. She says her uncle, Tony McLeod (Te Rūnanga o Waihao), has done a lot of research into the family and she now knows her great-grandfather was John Wesley Loper, who left Waimate to join the army during World War I. He is commemorated in the Auckland War Memorial Museum. 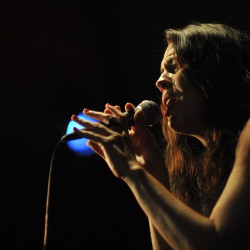 “From 2000 to 2003, I also spent time in Otago with my Aunty Rose (Rosemary McLeod). She’s a textile artist and she was doing a Master of Fine Arts at Otago University then. She now lives on Waiheke Island.”

Keen to learn more – both of her whakapapa and te reo Māori – Tamar hopes to make her visits back to New Zealand more regular in the future.

“There’s something very strong here for me – something that is important to both myself and my music. It’s very important to be authentic as a musician and for me, much of that authenticity lies in the Māori waiata, myths, legends, the language and my own experiences, that inspire many of my compositions. “

Tamar will feature in as solo piano and voice concert: Tūrangawaewae – A Place to Stand, at Meow in Te Aro, Wellington on 25 February. She then appears at The PumpHouse Theatre, Takapuna, Auckland on 1 March. She returns to Europe on 7 March. www.tamar.cat