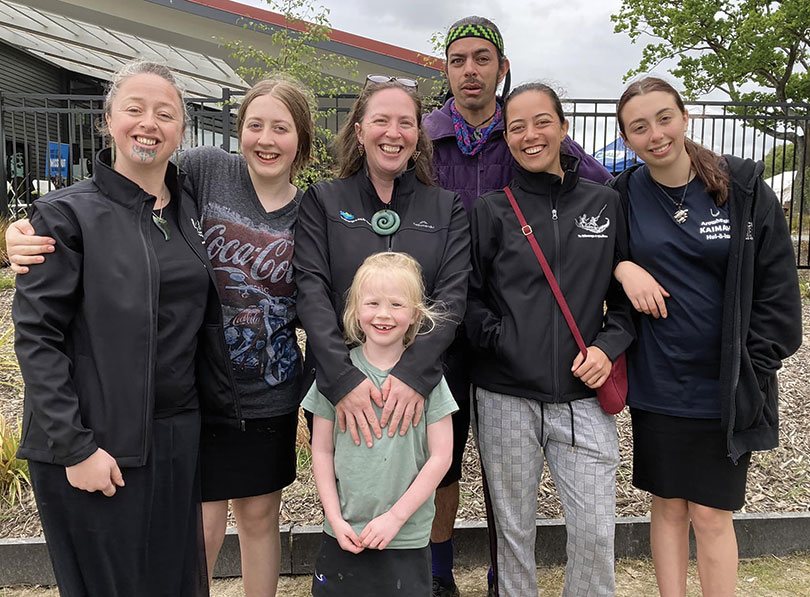 Bronwyn’s whānau at Arowhenua Hui-ā-iwi 2022; from left: Karuna, Te Miringa, Serenity with Te Āwhina in the front, Kahurangi at back, Harikoa and Te Manaaki. All able to kōrero, ranging from age appropriate fluent, to Panekiretanga graduate. 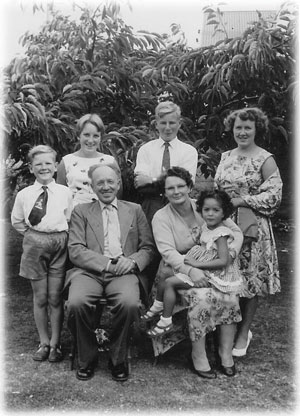 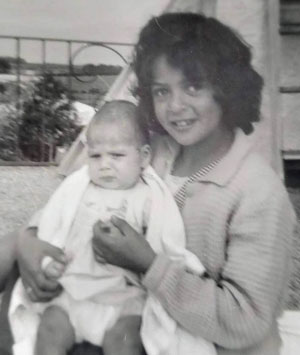 I was adopted out of my whānau, and raised by a Pākehā whānau. I knew all my life that I was Māori and that I was adopted. My parents expected that when I was 21 I would have access to my birth records.

They were mistaken; somewhere between being given me as a three-week-old baby, and the final legal adoption being rubber-stamped, the law determined that adoptive children would have no rights to this information.

My adoptive mother was a social justice advocate, and opened our home to young Māori who had found themselves in the Invercargill borstal. She made sure I knew she didn’t believe those boys would be there if they were Pākehā. So, my earliest childhood was full of Māori teenagers being taken to church, and young men having 21st birthday cakes at our home. Needless to say, those boys spoilt me, and ‘Māoridom’ to me meant guitars, songs (mostly Pākehā) and even saxophones. 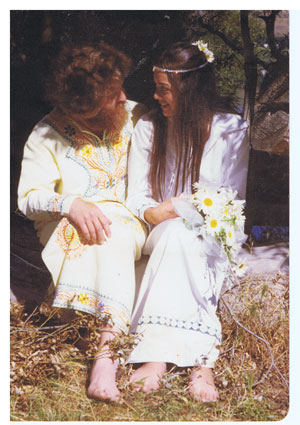 However, my mother became ill and died of cancer when I was nine, and I was deprived of these contacts. I only remember learning one waiata at school in the early 60s, Me he manu rere, and much later I realised some of the words we had been taught were mistakes.

My oldest sister married a Māori, a descendant of Rua Kēnana, and I was so proud to become an aunty at eight years old. Later, when I had married and had my own daughters, it was decided one of my nieces would come and stay with me for a year. So at the start of 1983 I took her to the local college to enrol. She wanted to do Sixth Form physics and was told a bunch of reasons why this was a bad idea: it would be too hard; there weren’t that many Māori girls who made it to Sixth Form; etc etc. It was the phrase ‘I’m not racist but …’ that had me stand up with my three-year-old and my new baby, say rude words and vow I would find a school that would let my niece take physics if she wanted to.

A two-day pack up and we were all off to Christchurch to enrol my niece at Hagley Community College. Because they had adult students I was able to do Sixth Form physics with my niece. We were all staying with close friends initially, and I was looking for places to live, scanning supermarket notice boards for places to rent. That’s when I saw a little poster inviting those interested in having their tamariki learn te reo Māori to attend a planning hui.

It was the first time I had heard about Te Kōhanga Reo. I was totally captured by the idea, I agreed to serve on a komiti, and boom! Our kōhanga doors opened for the first time in late May 1983 at the Hornby Community Centre.

Initially we were a reo-rua bilingual kōhanga because we didn’t have enough speakers to keep te reo going for a whole day, but we did what we could with what we had.

Personally, I took every opportunity to learn at night classes (run by Alex Simon and Doug Harris) and parents’ sessions at the kōhanga (run by John Stirling). 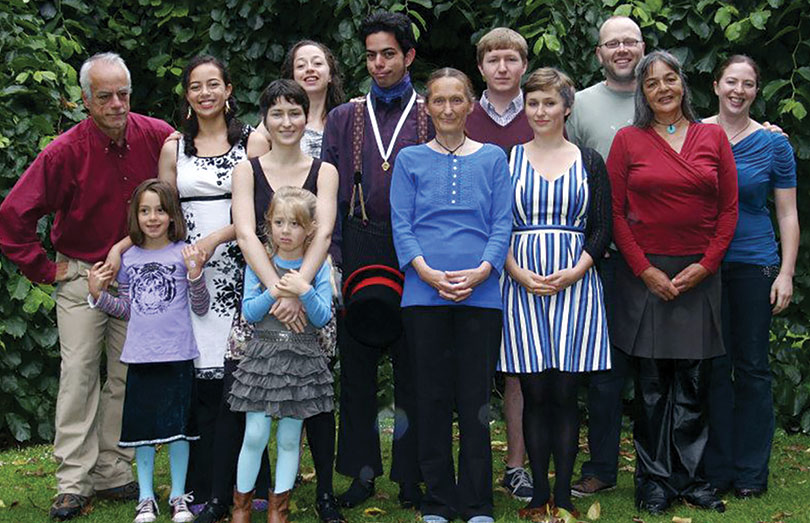 Whānau photo, Jan 2013 – Bron’s tamariki and mokopuna, with partner George, and best friend forever Margie and her three tamariki. This is the close everyday village that raised our collective tamariki.

My first visit to a marae was in October 1983 at Rehua, where I was confronted with the importance of whakapapa – which I didn’t know. I wailed about this, and was adopted on the spot by Terehia Kipa, the kaiako at Te Kōhanga Reo o Rehua, and given all sorts of encouraging words from kaumātua, including Riki Ellison.

I followed my tamariki into their mainstream schooling, contributing where I could to te reo me ōna tikanga, becoming a Māori language teacher of sorts at Rudolf Steiner School, and a bicultural adviser for Early Childhood Education Teacher Training.

Eventually I became a reo Māori lecturer at Te Whare Whai Mātauraka/College of Education, and was mostly teaching simple reo Māori to ECE student teachers. While there I was able to upskill by joining CPIT Te Huanui immersion course, with Hana O’Regan, Tahu Potiki and Whai Rohe as tutors. This course really helped me jump up in te reo ability. Many students find they get to a plateau for a while and discover it’s really hard to get to the next level.

It was in 2001 that I found my whakapapa, and connected with my birth whānau. Meeting my aunty for the first time was one of the most mind-blowing experiences I have had. There were lots of tears and laughter and explanations about how I am related to every second Māori in the world, it felt like. Several whānaunga were with her, and I discovered I had met or even studied beside some of my closest whānau, or had met them through the Kōhanga Reo network. 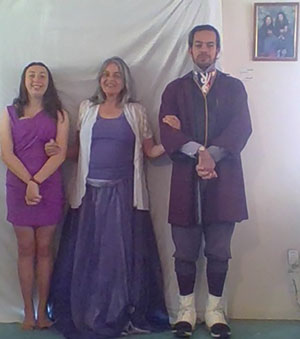 One of the first things I did to celebrate being Ngāi Tahu was to register with Kotahi Mano Kāika, the Ngāi Tahu reo revitalisation strategy which aspired to have 1000 Ngāi Tahu homes speaking te reo by 2025.

I was able to attend some of the Te Taura Whiri Kura Reo, which was exhausting but so valuable.

The next adventure in learning te reo was when my eldest gave birth to one, and then another mokopuna. The decision was made that these mokopuna would be raised with te reo Māori as their first language. 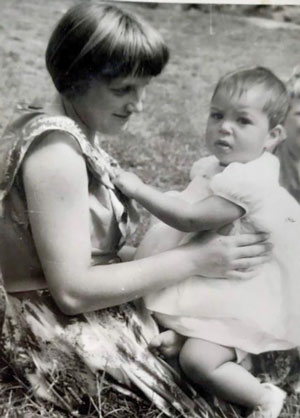 So, it was back to Kōhanga Reo, working with the next generation, and using every strategy we could collectively think of to flesh out our reo deficiencies. We were also able to be part of Te Puna Reo o ngā Matariki with the mokopuna; meeting once a week with like-minded reo-speaking mostly Ngāi Tahu whānau, and arranging other reo get-togethers with wider whānau too.

Over the years, my four tamariki have done what they could to learn and teach te reo Māori through our own iwi initiatives, university, wānanga, Te Taura Whiri, and for one, the Te Panekiretanga initiative with the real taniwha of our language. It’s been hard. Exhausting. Expensive. Demanding. As a whānau we have relied on so many others at different times, support from my Māori and Pākehā whānau, support from non-Māori friends, partners, my BFF and her sharing her tamariki, co-workers and colleagues.

And when our six-year-old bilingual mokopuna laments that the greatest loss she has felt with all the Covid-19 restrictions has been the Kura Reo Kāi Tahu at Arowhenua Marae, that’s what has made it all worthwhile.
Mō mātou, ā, mō kā uri ā muri ake nei.

Bron was a singer in a rock and roll band called Abraham, from 1971/72 – this photo is the band
42 years later, at a reunion performance at the Southland Musician’s Club Rock and Roll Hall of Fame 2014.

The next adventure in learning te reo was when my eldest gave birth to one, and then another mokopuna. The decision was made that these mokopuna would be raised with te reo Māori as their first language. So, it was back to Kōhanga Reo, working with the next generation, and using every strategy we could collectively think of to flesh out our reo deficiencies.