Since 2003 the HSNO Komiti has been protecting the environmental and cultural interests of the iwi. Kaituhi Rob Tipa reports. 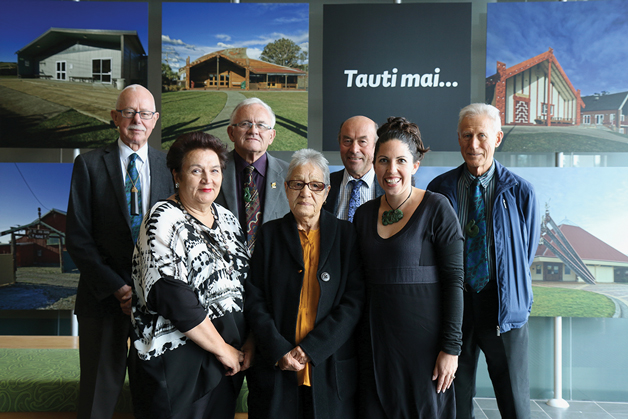 For 13 years Ngāi Tahu has been working away quietly behind the scenes as an environmental watchdog, a lone Māori voice monitoring the threat of a wave of hazardous products and new organisms flooding into the country.

Guardians of the tribe’s cultural and environmental interests are a small, specialised group of kaitiaki known as the HSNO komiti – the Hazardous Substances and New Organisms committee.

The komiti evolved out of widespread concerns from the tribe’s flax roots about the introduction of genetically modified organisms for scientific experiments in New Zealand laboratories in the 1990s. It was formed by Te Rūnanga o Ngāi Tahu (TRONT) in 2003 to protect the tribe’s interests.

Ōtākou kaumātua Edward Ellison was TRONT’s deputy kaiwhakahaere at the time, and was responsible for overseeing the interests of the iwi in environmental issues. He has chaired the HSNO komiti since its inception.

The role of the komiti has evolved over time to keep pace with a marked increase in new organisms, and, in the last few years, a rise in off-patent hazardous substances being developed by chemical manufacturers, mainly in China.

“Initially we were dealing with GMO issues,” Ellison says. “A lot of our people believed it was important to protect our interests – our taonga, be it our whakapapa, our environment, our native species, our mahinga kai – from new organisms and genetically-modified organisms, all driven from a very scientific base.

“Without cultural input we were worried that the impact, while you may not see it coming, could be quite enormous. That’s why we have been involved at the coal face.”

The HSNO komiti has closely monitored that research, but there have been well-publicised breaches. Ellison believes those breaches may have scared some companies away from pursuing their “in containment GMO research”.

“A big issue was they were conducting that work in sub-standard facilities that were 30 to 50 years old.”

If Crown agencies and independent players wish to continue their GMO research, they need to do so under tighter restrictions and in top quality research facilities that would ensure the “in containment” requirement was secure, and safe practices were observed, Ellison says.

“I think that’s a big issue for the Crown, to make sure that happens. It means investment and better utilisation of top-class facilities by researchers. That would give us a lot more confidence.

“What we’ve learnt is that we need to have a relationship with an organisation’s leaders, because scientists are often so wrapped up in what they are doing they are not able to give us the confidence we need that the whole process is being properly managed.”

Ngāi Tahu had a strong input into the national review of 1080, a poison used to control pests in our native forests. Its position was closely aligned to that reached by the Parliamentary Commissioner for the Environment.

“We accept the use of 1080, subject to continued efforts to find alternatives,” Ellison says. “On extensive areas of native forests, it is very hard to control pests without the use of 1080.”

Ellison believes 1080 is likely to become an issue again in future, and the komiti needs to keep abreast of new research and developments on this front.

The HSNO komiti was an initiator of a memorandum of understanding with Plant and Food Research, which morphed into a Te Rūnanga o Ngāi Tahu agreement, aimed at recognising the principles of a Treaty of Waitangi-based partnership.

In recent years, the komiti has been challenged by a flood of new applications for hazardous substances and the need to keep abreast of world trends, despite New Zealand being a small market for these products. Coupled with this is the proliferation of new compounds being developed by companies modifying old formulations that may have been on the market for 25 years.

Ellison says the issue is that some old products already on the market are often far worse than new ones, because they were originally assessed under more lenient conditions.

Technically, existing chemicals do not require new applications, but Ngāi Tahu is concerned that additives used to modify them may change the cumulative effects of these compounds on the environment.

“Our main concern is the effect of these products on our mahinga kai and taonga native species within our tribal takiwā,” he says.

Encouragingly, Ellison believes that with better knowledge of the products and environmental risks, new products are now more rigorously tested. Also, the reassessment of older formulations is an opportunity to remove them from shop shelves.

The Environmental Protection Agency (EPA) is a government body with a statutory responsibility to assess and evaluate new products on the market. It has a strong Māori advisory committee, Ngā Kaihautū Tikanga Taiao, to oversee this work. But Ellison says their role is no substitute for Ngāi Tahu involvement in the process.

“We shouldn’t rely on the EPA advisory committee to protect our interests,” he says. “Only we as tangata whenua can do that, so that’s why we’ve got to be conversant with the process and participate in it.”

Because of the tribe’s front line work presenting submissions on hazardous substances and new organisms, Ngāi Tahu has been seen as a lone Māori voice on these issues, particularly since the formation of the EPA. That is changing as new Treaty settlements occur and other iwi recognise the importance of this issue to Māori.

Ellison believes it is also important to expand the Māori network. Since 2003 Ngāi Tahu has developed a working relationship with Ngāti Koata, and more recently has met with representatives of the Ngā Puhi HSNO komiti to establish closer links.

“Ngā Puhi will have quite a different style, which is good. We like the diversity that brings to get the best results for tangata whenua.

“What we want to see is greater involvement of tangata whenua, because our issues may be different to other iwi with different resources. To rely on Ngāi Tahu to represent the interests of all Māori is not a good idea.

“It helps us if there are other Māori in the room having a say, and the Māori voice is given more strength in the process.”

Similarly, Ellison would like to see more dialogue and feedback from the flax roots, particularly from rūnanga whose members regularly harvest mahinga kai.

The komiti is keen to gauge the extent of mahinga kai activity – such as eeling, whitebaiting, gathering of watercress and pūhā – and the potential impact of hazardous substances that are used in or adjacent to waterways.

Rūnanga tend to leave these issues to the HSNO komiti, but Ellison believes it is important that tangata whenua are aware of the group’s issues and objectives. He says the komiti needs succession and an injection of new blood for its work to flourish.

The komiti started working with the Environmental Risk Management Authority (ERMA) from the outset, but Ellison fears the tribe’s efforts may have been diluted since ERMA was absorbed into the Environmental Protection Agency (EPA).

The transition itself was “not without issues,” he says, and the komiti has been working hard to ensure its work is not submerged in a much larger organisation.

He says they have developed a good working relationship with the EPA, symbolically represented by a pounamu (Te Herenga, anchor) from Lake Whakatipu gifted by the tribe. Te Herenga takes pride of place in the foyer of EPA’s head office in Wellington.

The komiti is also meeting directly with some of the major chemical manufacturers, to “encourage them, educate them, and coerce them” into a greater understanding of environmental issues of concern to Māori.

“We have done a lot of work to meet manufacturers in recent years,” Ellison says. “There are encouraging signs that they are meeting our requirements, but it is a work in progress.”

Looking back on the group’s achievements over the last 13 years, he is particularly proud of its submissions on genetically modified organisms and its input into the national review of 1080.

Those submissions helped shape its tribal policy statement on hazardous substances and new organisms, a policy which has raised the profile of the tribe in the national Māori network, and is due to be updated by 2018.

Two long-term members, Gerry Te Kapa Coates and Dr Oliver Sutherland (a former deputy chair of ERMA), have the expertise to challenge any lack of data or a casual approach for any applications. They draft their own submissions on new applications and appear in person at hearings, which has increased the effectiveness of the komiti and helped change the EPA’s approach to issues of concern to Māori.