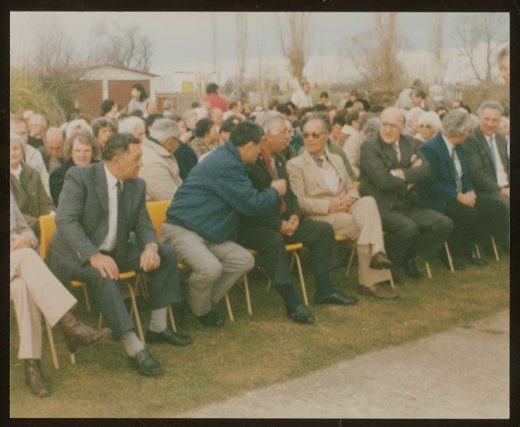 Today marks the 30th anniversary of the first Waitangi Tribunal Hearing into the Ngāi Tahu Claim.

On 17 August 1987, the Waitangi Tribunal commenced its first hearing into the Ngāi Tahu Claim. The hearing began with a pōwhiri at Tuahiwi Marae, before moving the next day to Rangiora High School for the remainder of the hearing which ran over four consecutive days. In the course of the pōwhiri, the Kurahaupo cross-claimants opened their presence in the Ngāi Tahu Claim process.

The Ngāi Tahu Claim was the first large historical claim to be heard under the new 1985 Waitangi Tribunal legislation. “Given that this was one of the first Tribunal hearings under the new legislation there was a bit of anxiety from the Tribunal about this allegation that the Pākehā community would not feel comfortable in a situation of the marae,” recalls Tā Tipene O’Regan.

“As much as anything, we also didn’t know what sort of numbers we were going to have and for whatever reason the decision was made to move to Rangiora High School for this first hearing, but we had the pōwhiri at Tuahiwi,” says Tā Tipene. 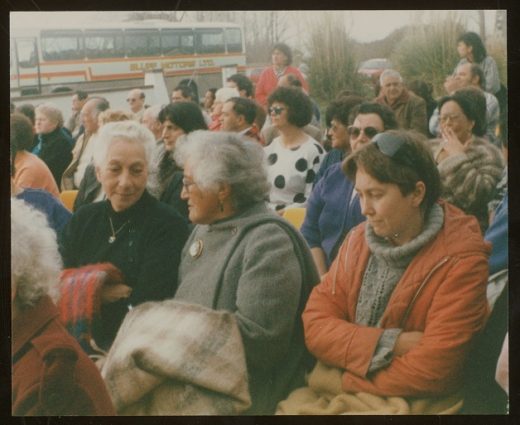 Over the following three years the Trust Board worked with historians and Ngāi Tahu whānui to collate a wealth of information on Ngāi Tahu lands, histories, and traditions. This evidence was presented as ‘the Nine Tall Trees’; the major Ngāi Tahu land purchases represented the first eight trees, and the ninth represented mahinga kai, including sea fisheries which was to be later separated off into a parallel settlement process.

At the conclusion of the hearings in 1990, the Waitangi Tribunal reported that it “cannot avoid the conclusion that in acquiring from Ngāi Tahu 34.5 million acres, more than half the land mass of New Zealand, for £14,850, and leaving them with only 35,757 acres, the Crown acted unconscionably and in repeated breach of the Treaty of Waitangi. As a consequence, Ngāi Tahu has suffered grave injustices over more than 140 years. The tribe is clearly entitled to very substantial redress from the Crown.”