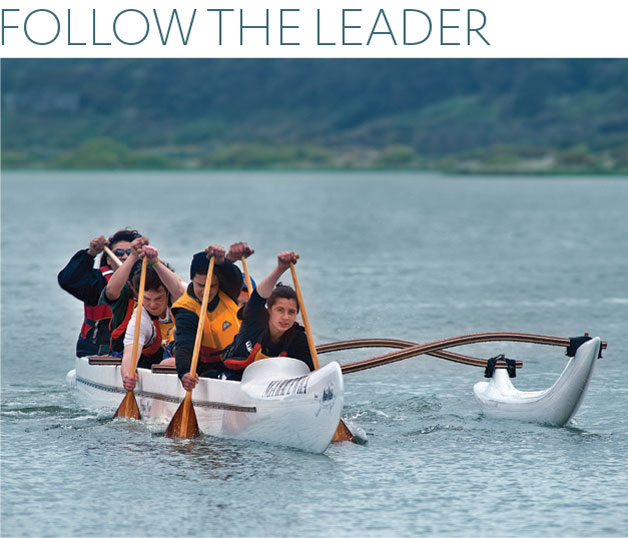 How do Ngāi Tahu leaders emerge? How will Ngāi Tahu rangatahi learn the old teachings that they can apply to the future? Questions of leadership abound as the iwi face a new reality. Kaituhituhi Mark Revington reports.

The photo of Ngāi Tahu rangatahi on a beach suggests they are having a good time. The body language is staunch, but there are plenty of smiles and a few arms thrown up as punctuation points. Another photo shows a list: respect, relations, responsibility, reciprocity, revolutions, roots, reggae, redistribution. You can find the photos on the Facebook page of Manawa Hou with the message: “Manawa Hou is a four-day hīkoi that takes a group of rangatahi around various rohe and marae in the Ngāi Tahu takiwā. Please contact your local Ngāi Tahu rūnanga for more information.”

In early October, a group of Ngāi Tahu rangatahi met in Murihiku for a hīkoi modelled on the legendary bus trips run by the Ngāi Tahu Māori Trust Board in the early 1990s. The plan was to take them on a hīkoi around various rohe and marae with a focus on whanaungatanga and Ngāi Tahutanga.

The hīkoi focused specifically on mahi (service), te reo me ōna tikanga (language and culture), mahinga kai (resource and land use), korikori tīnana (fitness and health) and ringa wera ringa kaha (kitchen work).Papatipu rūnanga were able to nominate two secondary school students each, from years 11, 12 and 13 to take part. Along with them was a group of tuakana or older mentors.

From all accounts, the pilot Manawa Hou hīkoi was a success and there are three planned for next year to develop young Ngāi Tahu leaders.

Consider the world Ngāi Tahu rangatahi are growing up in. They are not part of a struggle against the Crown to right old injustices. They needn’t suffer from an inferiority complex. They belong to a tribe admired throughout much of New Zealand for its vision, commercial smarts, and its eye on the future.

But with no external threat to focus on and comparative wealth being distributed among the tribe, there are other challenges. Tā Tipene O’Regan, principal negotiator of the Ngāi Tahu Settlement and Awarua Rūnanga ūpoko, believes the key thing that kept Ngāi Tahu aspirations alive during much of the last century was that sense of grievance. It is now time to develop new leaders who have grown up in a time of plenty.

Tā Tipene has given plenty of thought to the concept of developing Ngāi Tahu leaders. The purpose of Manawa Hou is to take promising rangitahi and put them in touch with their Ngāi Tahu roots and with the whenua.

Generally in Polynesia, leadership is inherited and ascribed, he says. But you need the right stuff.

“You might have the flashest whakapapa but if you don’t have the right qualities, your whakapapa will be honoured but you won’t lead.

“I used to believe in picking winners. Now I have come to the conclusion that the primary task of the iwi is to follow the teachings of the old people and create a sufficient pool of people from whom future generations can select their leaders.”

Aoraki Bound does this to some extent. The cultural and personal development programme combines Kāi Tahu knowledge and expertise with the Outward Bound experience to develop leadership qualities and cultural awareness.

Ngāi Tahu has other capability initiatives delivered through various scholarships which offer grants for tertiary training. The First Nations’ Futures Programme, which involves academic leadership development, is a collaboration between Te Rūnanga o Ngāi Tahu, Kamehaha Schools from Hawai’i and the Woods Institute, based at Stanford University in California.

Manawa Nui is the inaugural associate director programme based in Ngāi Tahu Holdings Group which aims to develop a pool of future directors with strong commercial skills and a strong iwi context and meet the Te Here objective that by 2030, 50 per cent of all Ngāi Tahu Holdings boards are made up of Ngāi Tahu directors.

Manawa Titi, currently being scoped, will be targeted at emerging tribal leaders and is envisaged as an iwi-based programme.

The key is to water the garden, says Tā Tipene. “Culture has to be nourished and maintained and leaders have to be able to understand the fundamentals of an integrated economy, not just the maintenance of wealth. Wealth has as its primary purpose, the maintenance of culture.”