Close
Home / Environment Stories / For us and our children

For us and our children

MŌ TĀTOU, Ā, MO KĀ URI A MURI AKE NEI – FOR US AND OUR CHILDREN AFTER US 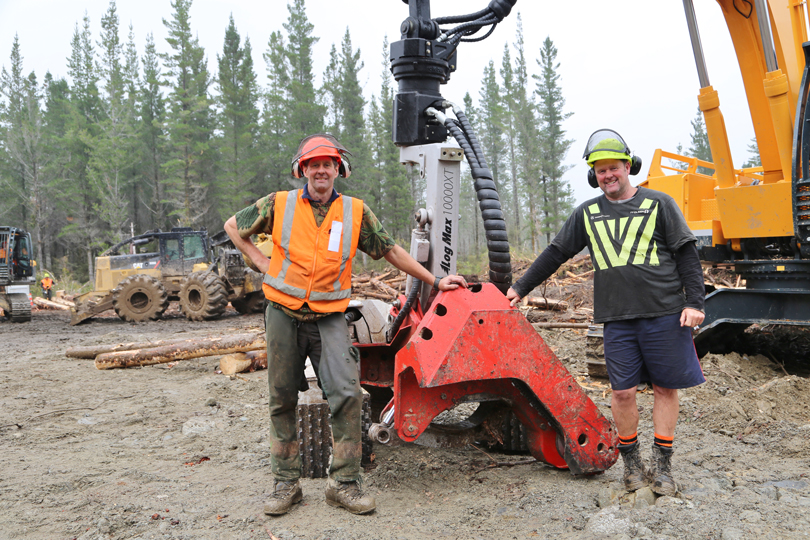 Since their arrival from Polynesia, Māori, the Indigenous people of New Zealand, have maintained a reciprocal relationship with the forest. In the Māori creation story Tāne-mahuta (god of the forest) granted light to the world by separating his parents Rangi-nui (Sky Father) and Papatūānuku (Earth Mother) which ended the great darkness. Tāne then adorned his mother with forests to clothe her nakedness, bringing the world into being through his actions, and created and breathed life in to the ﬁrst woman, Hineahuone. Tāne’s action of breathing life through the pressing of noses is a tikanga (protocol or correct procedure) that is still practiced today and is the formal greeting used between Māori. The Māori word tikanga, is derived from the word tika meaning to be ‘upright’, ‘erect’, and ‘correct’, reﬂecting the upright stance of the tree. These protocols are pivotal to understanding the importance of the Māori world, and demonstrate the relationship between Māori and the forests of New Zealand.

Māori draw their identity from their heritage and traditions that have been passed down through generations. The whakataukī (proverb) above illustrates the intrinsic link in the Māori world between the land and the people. As the proverb above states, iwi or hapū (tribes or sub-tribes) identify with the land as a living breathing entity and this belief has gained acknowledgement and legitimacy through the recognition of legal personhood for the Te Urewera (a former national park on the east coast of the North Island) and the Whanganui River (a major river in the North Island that is part of the New Zealand Great Walk system). Te Urewera was the ﬁrst natural feature acknowledged to be a living person under New Zealand law and as such, she (Te Urewera) exists for her own sake and owns herself. This acknowledgement has safe guarded one of the largest areas of native forests that remain in the North Island and provides sanctuary to numerous species of native birds including threatened species. The Māori descendants from this area, the Tūhoe people, represent Te Urewera’s authority, promoting the importance of sustainability and environmental practices to ensure her health and wellbeing.

When Māori ﬁrst arrived from Polynesia, they were voyagers that navigated using wayﬁnding to explore the Paciﬁc Ocean. Arriving in New Zealand brought with it the new challenge of understanding the forest and its undergrowth to survive. Knowledge of the land within Te Wa- onui-A-Tāne (the great forest of Tāne) was highly sought after and fought for between iwi/hapū. Food-gathering lands rich in birds, aquatic life, resources, and soils suitable for cultivation were known as mahinga kai and were highly prized by Māori. Though some have been lost through the urbanisation of Māori, and land use changes due to an increasing population, mahinga kai are still evident today and continue to provide resources for the people.

Many iwi/hapū such as Ngāi Tahu and Ngāti Tūwharetoa have operational forests that are harvested in a sustainable manner, adhering to the protocol of kaitiakitanga (guardianship/ stewardship). Within these operational forests, recreational access is still approved for the people with many collecting wood to heat their homes, hunting game to feed their families, and enjoying physical activities such as hiking to explore the forest and see its beauty. Rongoā Māori (Māori medicine) is still practised around New Zealand with natural herbal remedies passed down through generations of expert healers that utilise ﬂora and fauna from the forest.

The economic beneﬁts that the forests provide Māori are seen in both the ﬁnancial returns received from selling commodities and the numerous employment avenues that the forest provides. Over 35% of all forestry workers in New Zealand are Māori and some 48% of the commercially planted forests in New Zealand are on Māori owned land. Consequently, a large percentage of Māori employees will have a genealogical connection to the forest they are working in and will have interacted with the forest in either a spiritual, recreational, or cultural way. 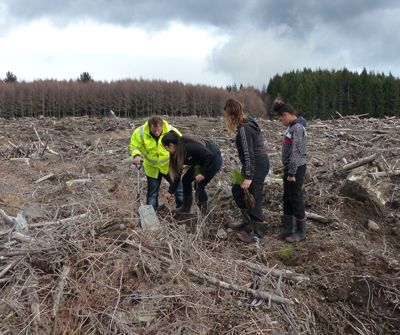 The revenue received from the sale of commodities is both reinvested into the forests and allocated through iwi/hapū charitable organisations to beneﬁt the people. These are expressed in the form of education grants, medical grants, and funds that are allotted to Māori. To this end, Māori will traditionally reﬂect on the cultural signiﬁcance of the forest and the impact any proposed changes may have on the wider community, before committing to an outcome that could increase their economic return. This is also due in part to the fact that for many Māori their forest land will be held in perpetuity, as land was owned communally amongst the people. Though land sales, conﬁscation, and native land court practices have reduced freehold land owned by Māori to some 5% of the total land in New Zealand, Māori still recognise the importance of forest land management decisions. These decisions have consequences that can both immediately impact and leave a lasting impression for future generations.

Like Tāne bringing light into the world, the future for Māori and their relationships with the forests of New Zealand shines brightly. Māori language and folklores have seen a resurgence among the people with a wider audience being introduced to tikanga across the country. Environmental protection and acknowledgement of Māori connections to both forestry, and forest land are recognised for their cultural, spiritual, and commercial values. Mahinga kai with their habitats and eco-systems continue to be nurtured by Māori and maintained for their educational, economic, and resource gathering values. These relationships continue to represent the aspirations for an enhanced iwi/hapū relationship with the forests of New Zealand and provide a herenga waka (the mooring post for the canoe) for Māori to go explore the world knowing that their forest will also be there on their return.